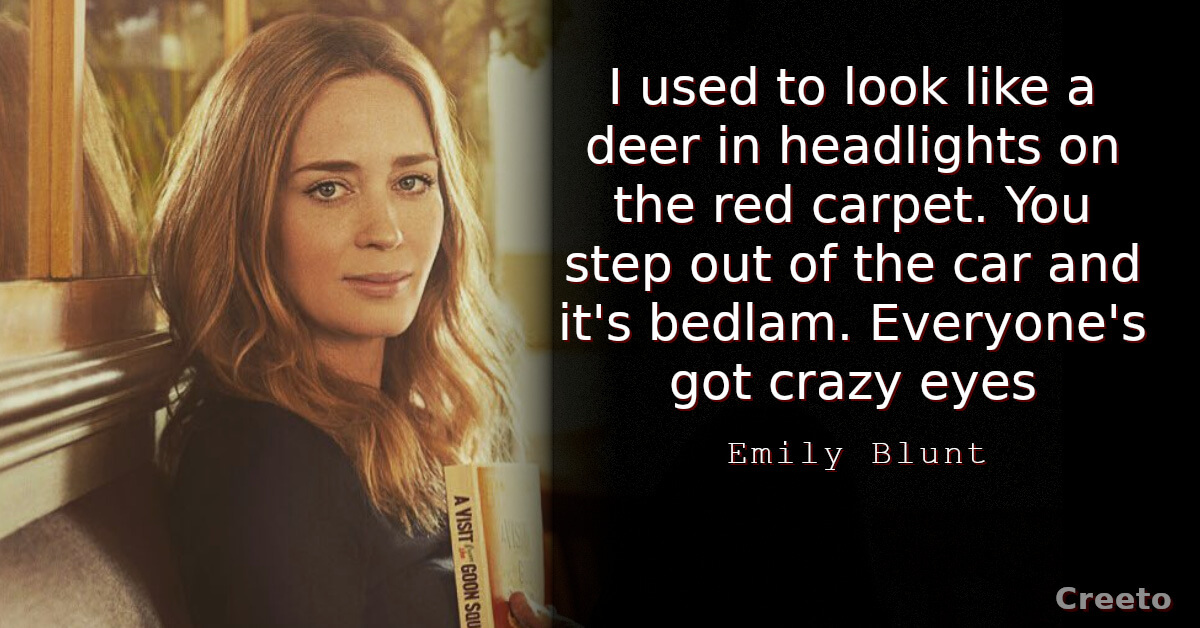 Emily Blunt was born in February 1983 in Wandsworth London. She made her professional acting debut in 2001 in the play The Royal Family. In 2002, she played Juliet in a production of Romeo and Juliet at the Chichester Festival Theater in 2002.

Her big breakthrough role came in 2006 opposite Anne Hathaway and Meryl Streep in the box office hit The Devil Wears Prada. Here are few Emily Blunt Quotes to draw inspiration from: