Who is Asa Butterfield Girlfriend in 2022? Is He Dating Anyone? 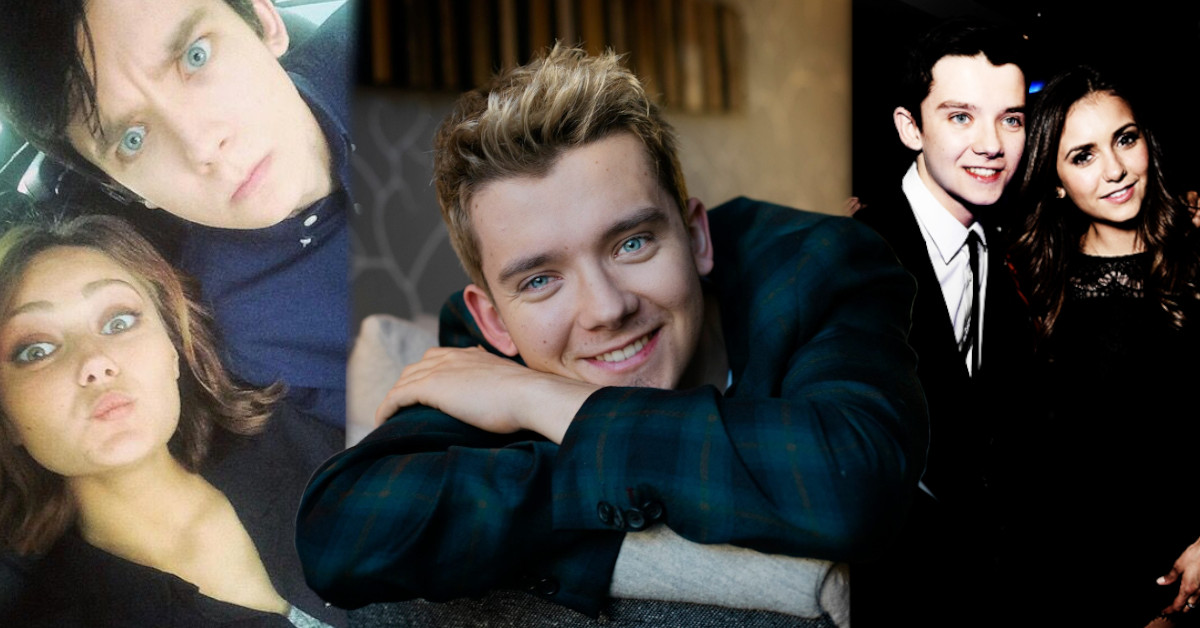 Asa Butterfield is a British actor. His career started when he was seven and continues. Following on small roles in movies, he was cast in his first big movie, The Boy in the Striped Pyjamas. After he had lead roles in the film Miss Peregrine’s Home for Peculiar Children, Hugo, Ender’s Game, X+Y. Also, he had leading roles in Netflix comedy-drama series Sex Education.

He is considered very young in the industry. But, he already gained so many achievements throughout his career. He had won and been nominated for several awards. One of them is from Las Vegas Film Critics Society Awards. In addition, he won Youth in Film nominations for his movie Hugo.

Who Is His Girlfriend?

Even Asa Butterfield is young man but already he has a list of girlfriends he was dating. Asa currently not dating anyone as he is very busy with his career. But, just because he isn’t in a serious relationship right now doesn’t mean that he isn’t linked with anyone. Read more about all of Asa’s ex-girlfriends below!

Everybody seems to want to know more about him since he played a sweet and innocent boy, Otis Milburn, in the comedy-drama series Sex Education. Especially about his personal life and his relationship in real life with Emma Mackey.

Many people shipped Asa and Emma so hard. It is understandable because their chemistry as Otis and Maeve in the series is on another level. But are they dating off-screen, too?

Unfortunately, the chemistry only happens when the camera’s around. Asa and Emma aren’t dating, and they’ve never been romantically closed in real life either. It was just a rumor that went viral among their fans.

In fact, at the beginning of Sex Education, Emma was dating another costar, Dan Whitlam, whom she broke up in 2019. On the other hand, Asa Butterfield is currently enjoying his single life, focusing more on his career and family.

However, his ex-girlfriends are mostly A-listers. So here we will know more about all of them.

Asa Butterfield and Ella Purnell Were Only Dating for A Year, Despite Appearing in Many Promotions Together

In 2015, Asa Butterfield and Ella Purnell started dating. She is an English actress known best for her role in Miss Peregrine’s Home for Peculiar Children, where both of them met.

They used to share pictures of them on Instagram. One of them is from Asa, who posted photos of the two relaxing and enjoying each other’s company in Mauritius. It also indicates that the pair had traveled together, and they were in a serious relationship.

Unfortunately, after a year of relationship, they decided to break up. Despite appearing in many promotions with each other, the two didn’t seem to work out. The reason behind their split remained a secret since they aren’t big fans of talking too much about their relationships publicly.

They also deleted all their pictures on social media, so they have officially parted ways.

While filming the movie Ender’s Game, Asa and Hailee Steinfeld met on set. Although she is best known for her role in Pitch Perfect 2 and Pitch Perfect 3, Hailee is a prominent model, singer, and actress.

There have been rumors that they are dating as they have been seen on their movie promotions quite a lot.

Many people have been wondering whether Asa and The Edge of Seventeen actress was an item in real life. But, the two neither confirmed nor denied the rumor. Instead, they remained silent and just let their fans speculate about the truth.

And the rumor quickly fizzled out after Asa was publicly seen and officially dating Ella Purnell in 2015. Well, I guess he and Hailee didn’t date in real life? So, what do you guys think?

Another Rumor that Bloomed on Set: Asa Butterfield and Nina Dobrev

Another rumor (with a famous actress, of course!) that Asa had was with the iconic Elena Gilbert from The Vampire Diaries, Nina Dobrev.

The movie Then Came You made Asa Butterfield and Nina Dobrev on screen couple.

Nina Dobrev is a famous Bulgarian-Canadian actress and model. She started her career in the television series Degrassi: The Next Generation but she was most known as Elena and Katherine in The Vampire Diaries.

Though this couple looks good together, they also didn’t speak anything about the rumor. However, not long after the word came up, Nina went out and about with her costar in The Vampire Diaries series, Ian Somerhalder.

He and Nina played as a love interest in the series, and they continued to act as a couple even though they already split in real life.

With that being said, Nina and Asa never really dated in real life, and it was also just a rumor that was going on between their fans. Well, who doesn’t want them to be a real couple, anyway? I bet everyone does!