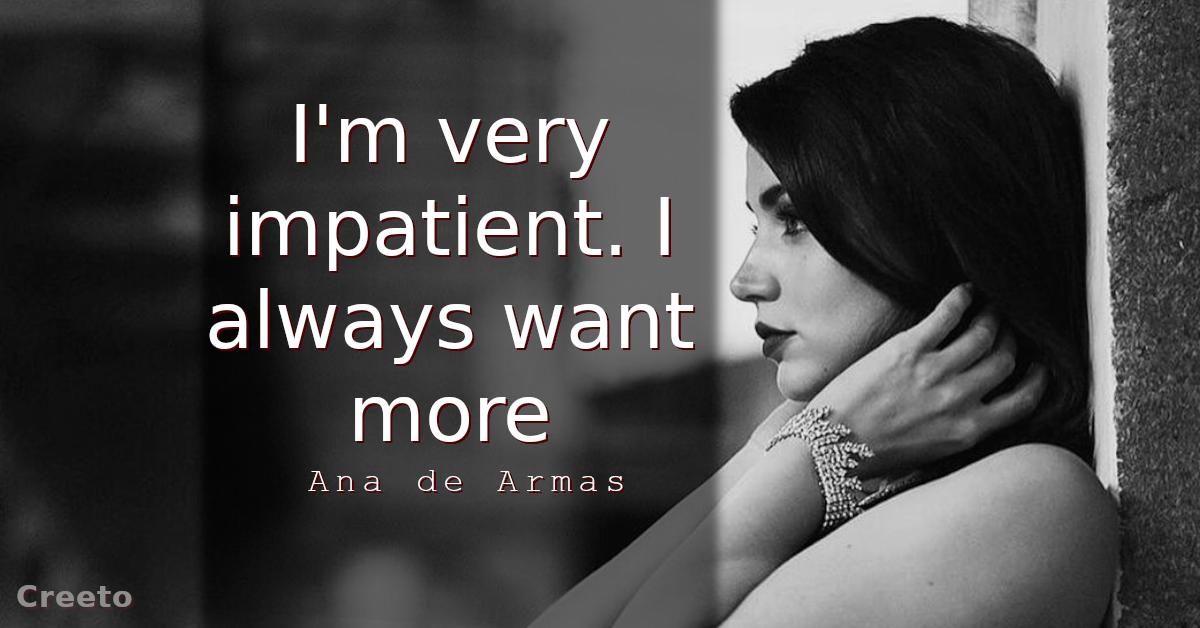 Ana de Armas is a Cuban-Spanish actress who was born on April 30, 1988. She started her career as a teenager and had a leading role in the romantic drama Una rosa de Francia (2006), directed by Manuel Gutiérrez Aragón. Her first big role in US was Bel in thriller Knock Knock.

Explore some of Ana de Armas best quotations and sayings.