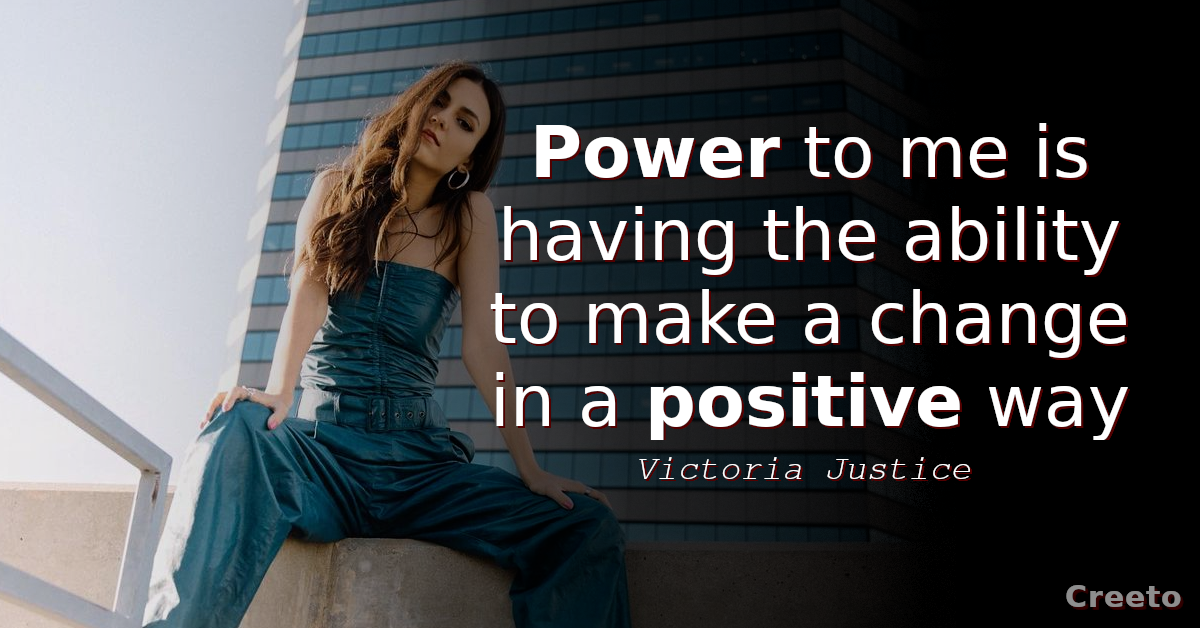 Victoria Justice is an American actress and singer. She began her acting career from a guest appearance in the television series Gilmore Girls. She has recorded several songs for the soundtracks of her acting ventures, including Victorious and the Nickelodeon musical Spectacular!

She rose to fame on Nickelodeon in the 2000s, featuring as Lola Martinez on Zoey 101 and later Tori Vega on Victorious.
In this article, we have shared some powerful collection of Victoria Justice quotes and sayings.