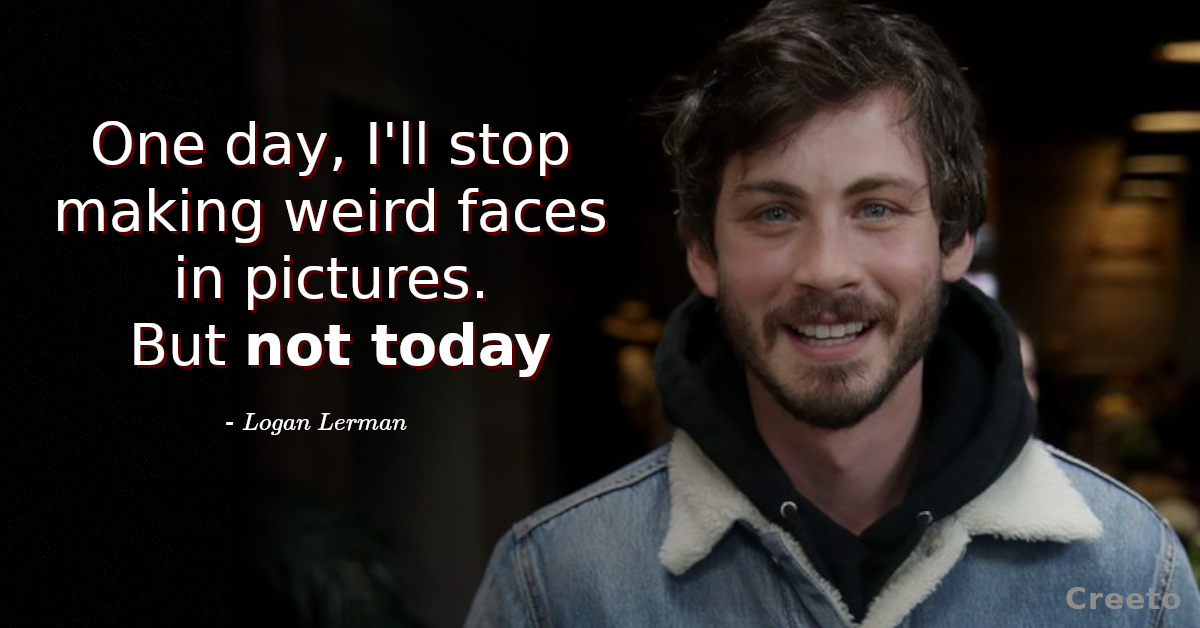 Logan Lerman was born on January 19, 1992 in Beverly Hills, California, in the US. He is best known for playing the title role in the fantasy-adventure Percy Jackson films.

He had a passion for films from a young age. He entered into the creative industry at the age of four doing commercials. He also played roles in the films The Butterfly Effect, The Number 23, The Three Musketeers, Indignation, Noah and Fury.

Here is a compilation of quotes and sayings by Logan Lerman.