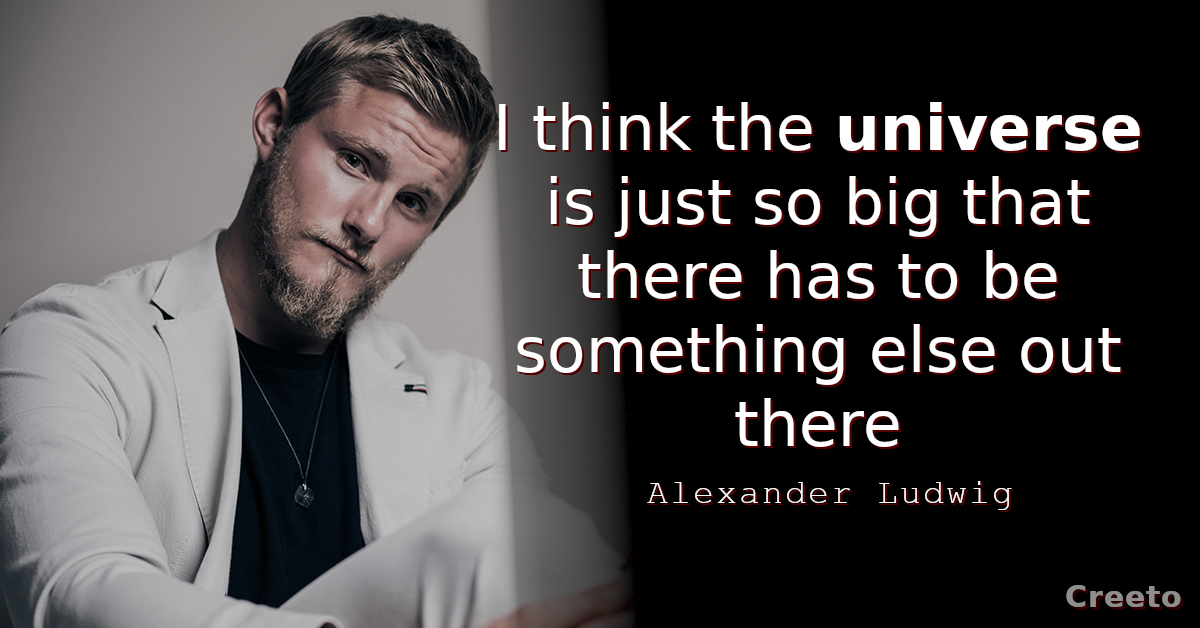 Alexander Ludwig started his career at the age of nine when he was featured in a toy commercial for Harry Potter. He is a Canadian actor, singer, as well as model who is best known for his films The Seeker: The Dark Is Rising and The Hunger Games.

He currently works as a cast in the History Channel series Vikings. In this article, we have shared some powerful collection of Alexander Ludwig quotes and sayings.