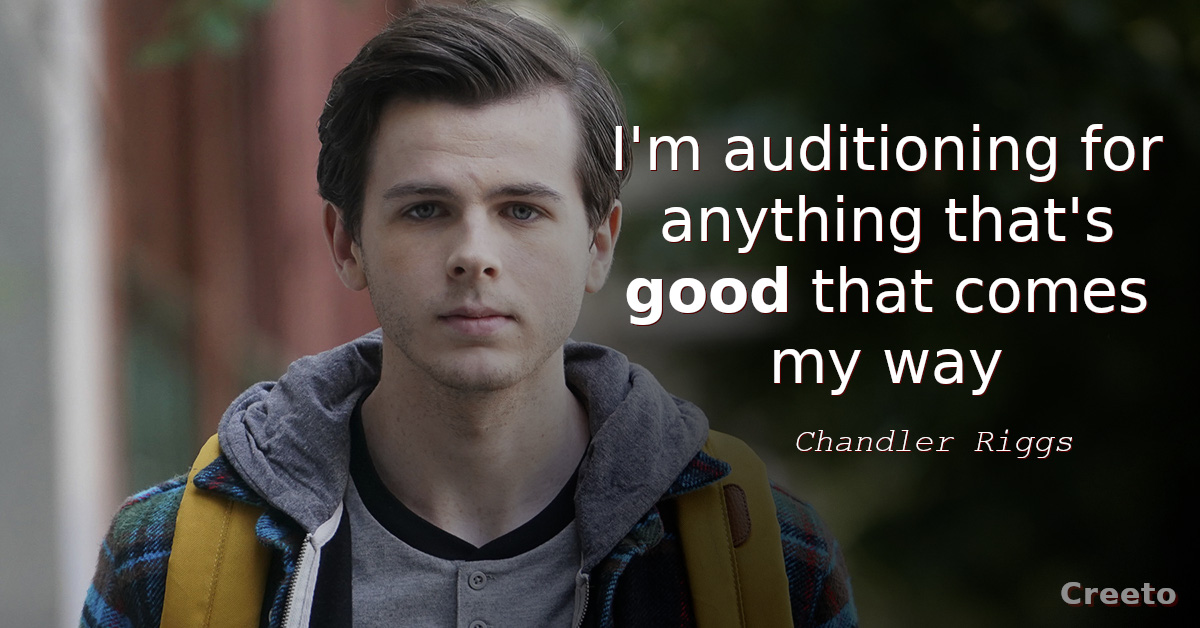 Chandler Riggs is an American actor and musician, who best known for his role as Carl Grimes on the The Walking Dead, an AMC television horror drama series, which later went on to become one of the most successful series of all time.

In this article, we have shared some powerful collection of Chandler Riggs quotes and sayings.