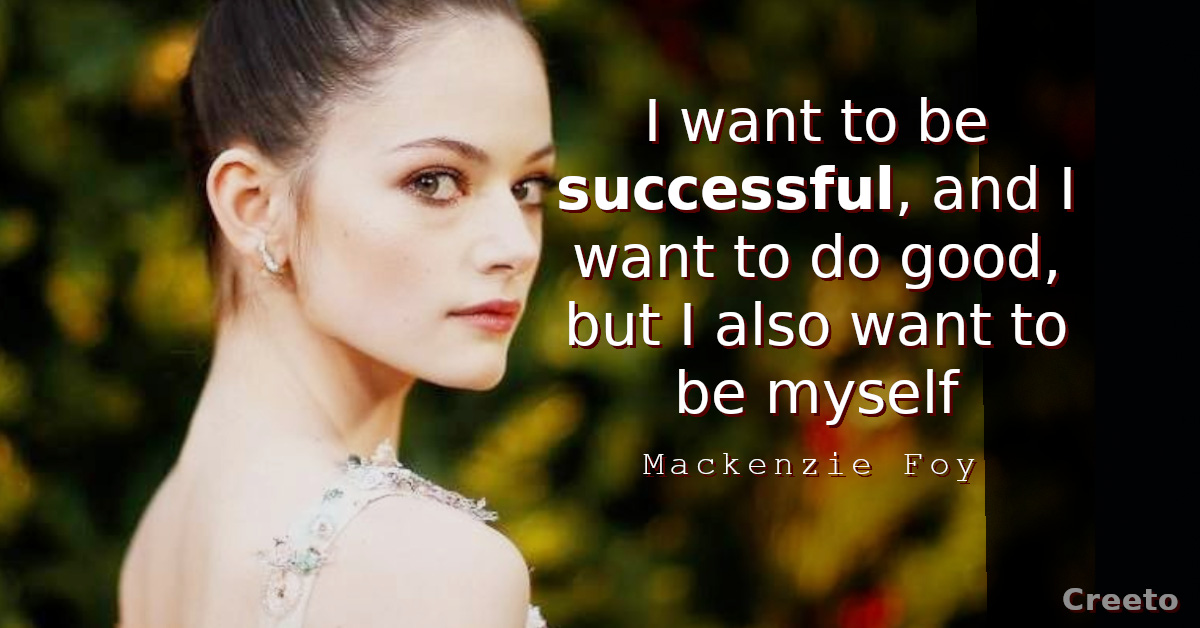 Mackenzie Foy is an American actress and a model. She is best known as Renesmee Cullen in the 2012 movie The Twilight Saga: Breaking Dawn Part 2, which earned her a Young Artist Award designation as Best Supporting Young Actress.

Explore some of Mackenzie Foy best quotes and sayings.