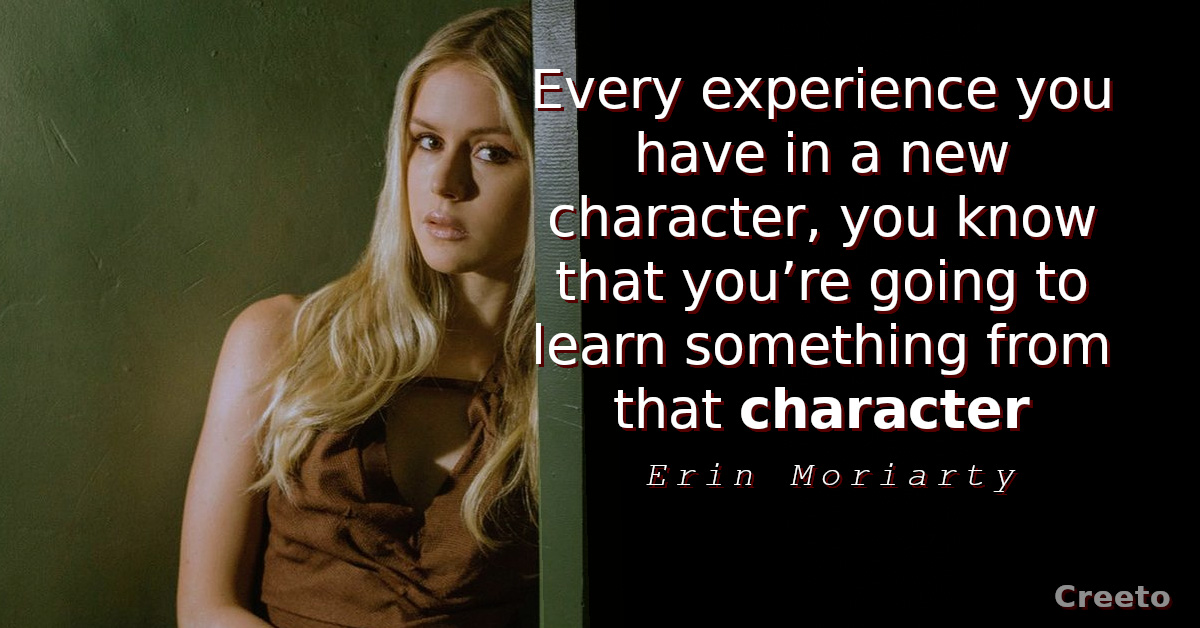 Erin Moriarty is an American actress who is best known for her roles on the Amazon Prime Video series The Boys as Annie January. She rose to fame through the television series One Life to Live and True Detective.

Explore some of Erin Moriarty best quotations and sayings.