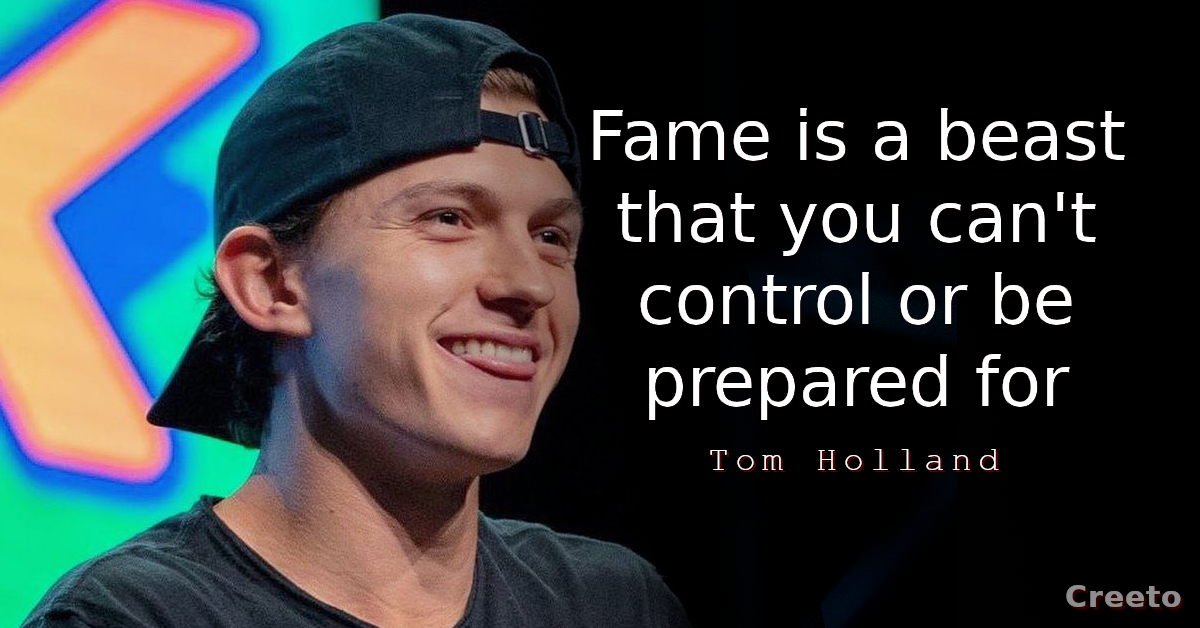 Tom Holland is an English actor and dancer born on June 1, 1996. He is best known for playing the role of Peter Parker/Spider-Man in various superhero movies such as Spider-Man: Homecoming, Captain America: Civil War, Avengers: Infinity War, Avengers: Endgame and Spider-Man: Far from Home.

In this article, we have shared some powerful collection of Tom Holland best quotes and sayings.