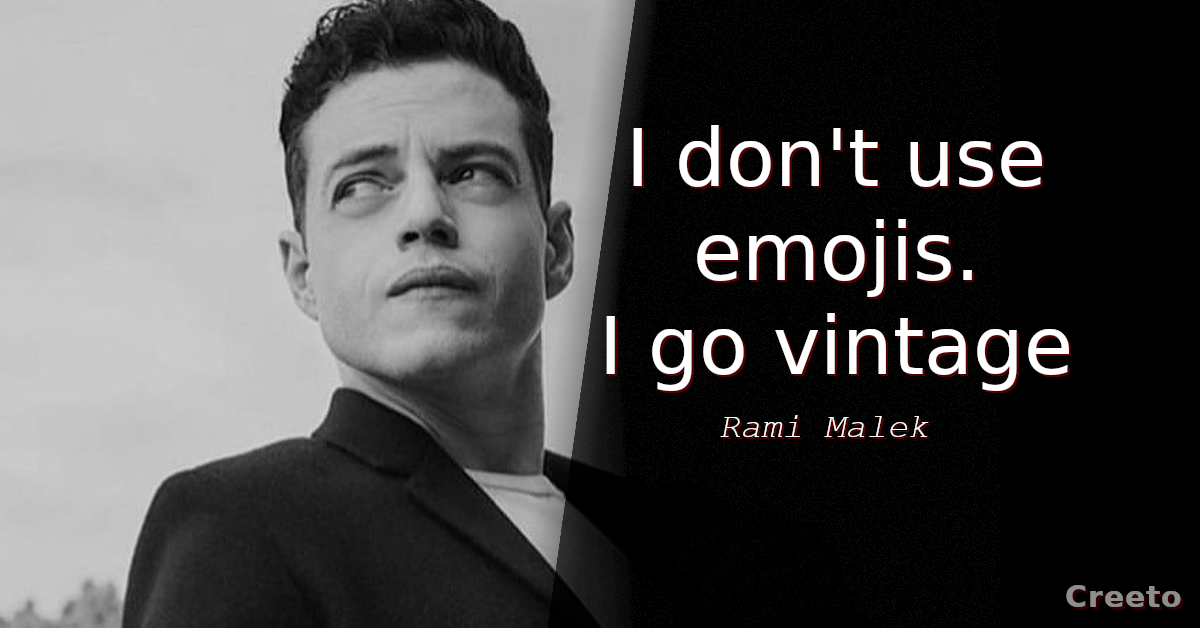 Rami Malek is best known for portraying Freddie Mercury in the film Bohemian Rhapsody. He is also known for his lead role as Elliot Alderson in the series Mr. Robot.
In this article, we have shared some powerful collection of Rami Malek best quotes and sayings.