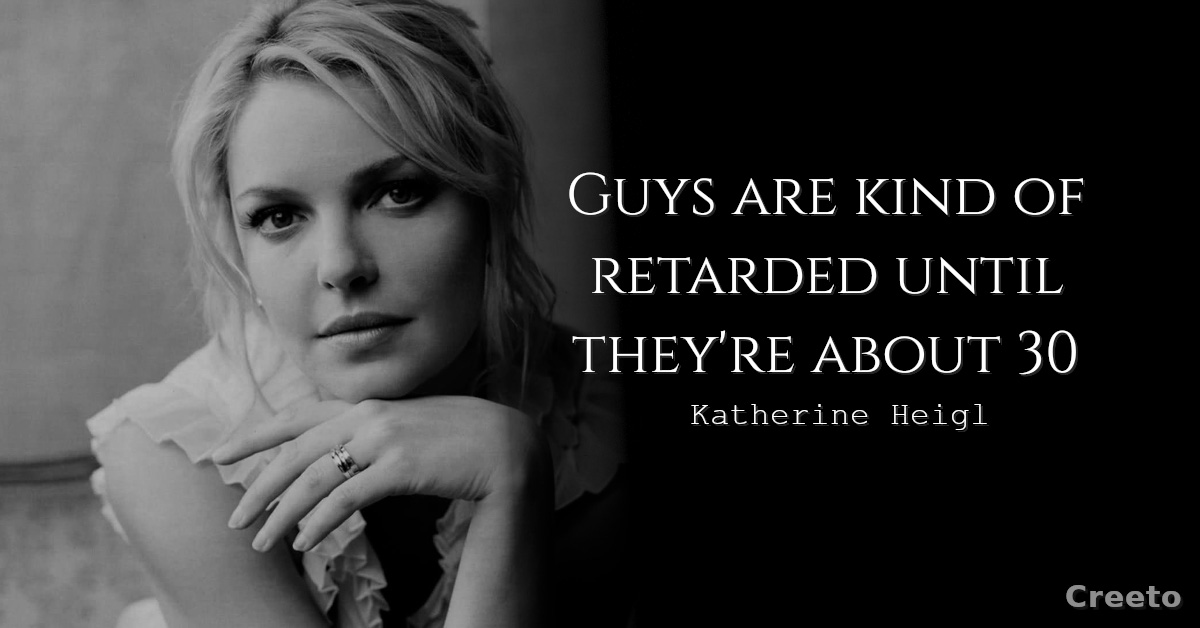 Katherine Heigl gained the recognition of the audience from her lead role of Izzy Stevens in the television series Grey’s Anatomy. She was born in the US capital, Washington.

She is also known for her role in films such as Knocked Up, The Ugly Truth, New Year’s Eve, Unforgettable, and so on.