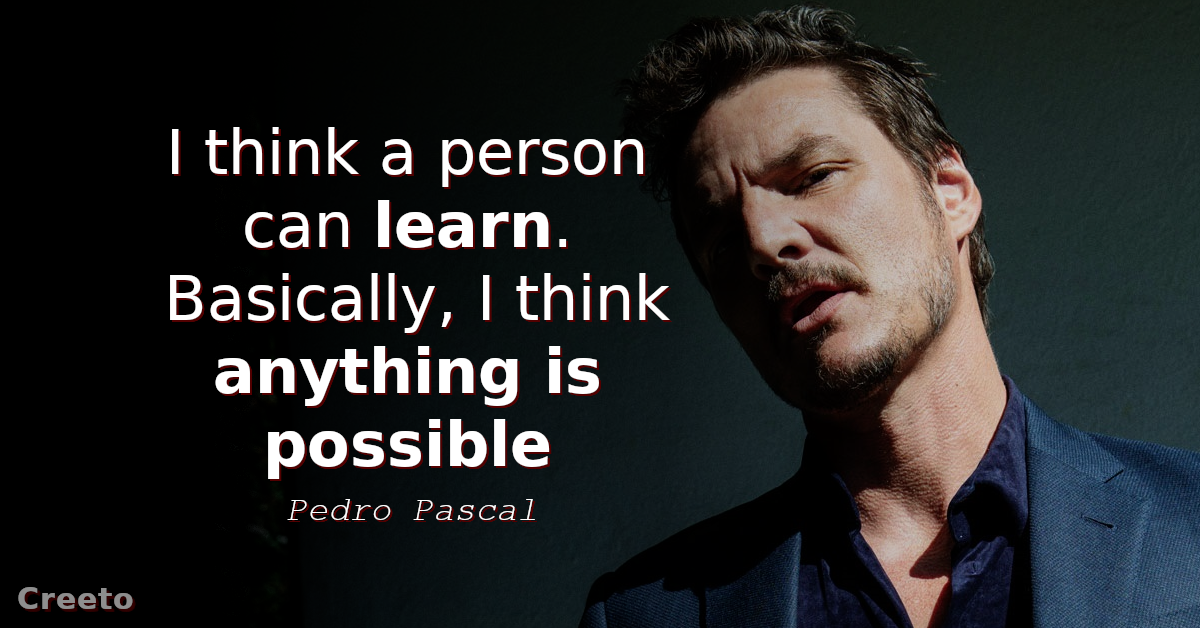 Pedro Pascal is a Chilean-born American actor. He is best known for portraying the roles of Oberyn Martell in the HBO fantasy series Game of Thrones and Javier Peña in the Netflix series Narcos.

In 2019, he began starring in the Star Wars series The Mandalorian.

We have shared some of Pedro Pascal best quotations and sayings.