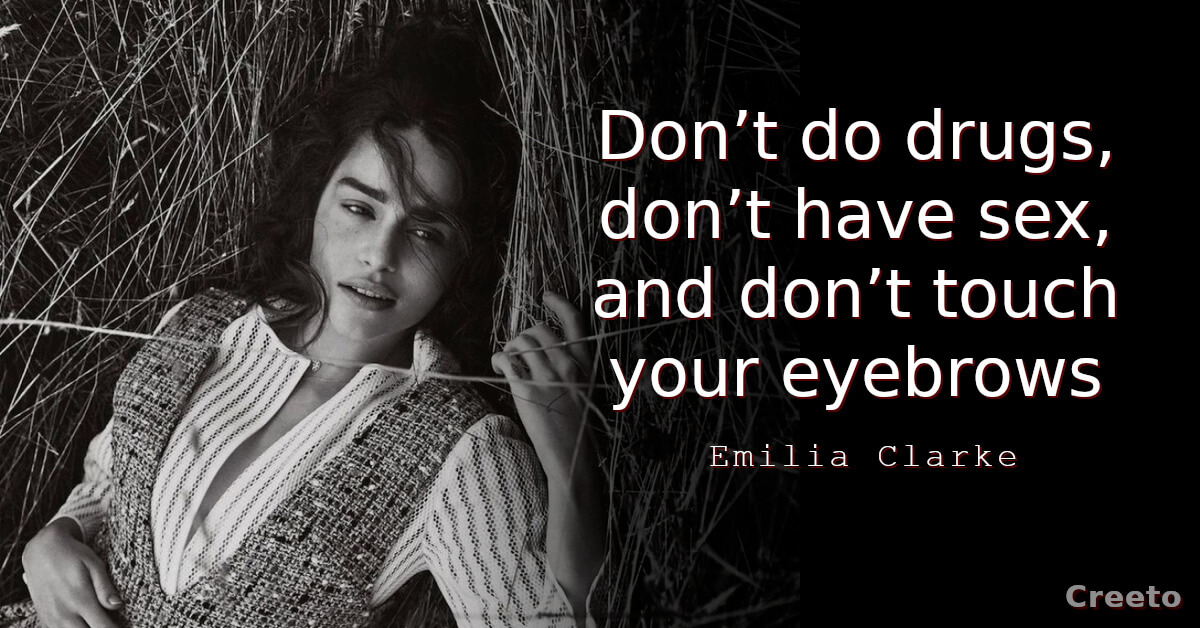 Emilia Clarke is most widely recognized for her Emmy-nominated work as Daenerys Targaryen (also known as Khaleesi and the Mother of Dragons) on the hit series Game of Thrones.

She is also known for her starring roles in the film adaptation of Jojo Moyes best-selling novel, Me Before You, and the 2015 film Terminator: Genisys. We list down 10 inspirational quotes by Emilia Clarke.