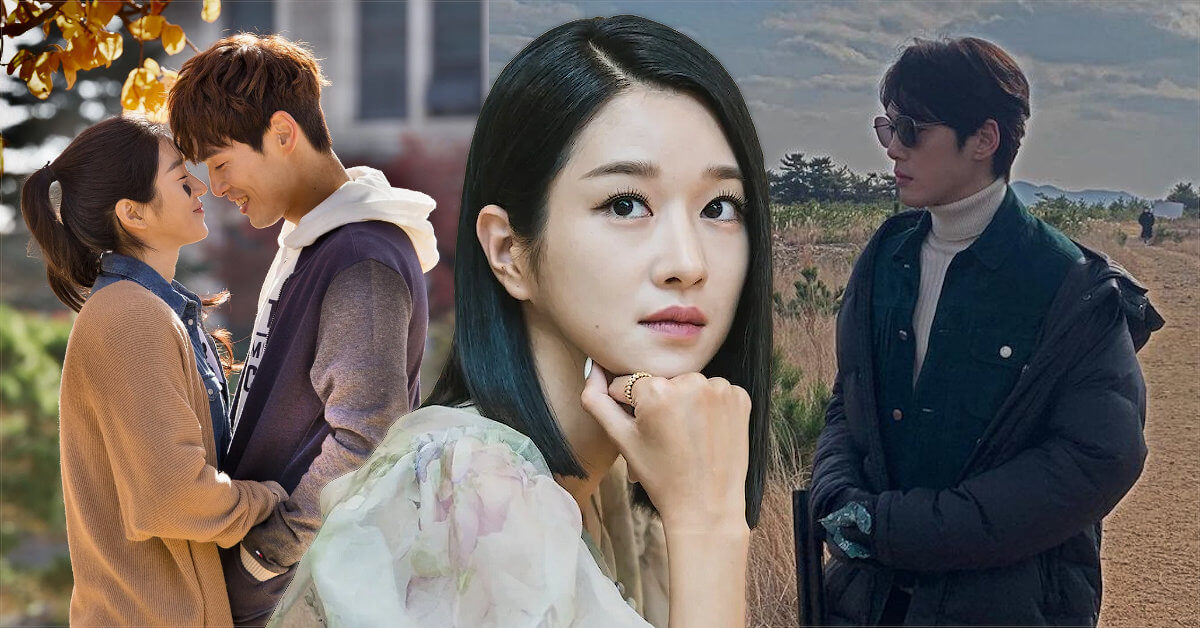 The It’s Okay Not to Be Okay and Recalled Korean actress Seo Ye-Ji has seized huge international attention. Not only because she’s a multi-talented girl but also from her most recent controversial news with her ex-boyfriend, Kim Jung Hyun.

Even though the news worsened her reputation, Yea-Ji still managed to win the Baeksang Arts Award for Most Popular Actress of this year.

She’s not a new name in the industry. Yea-Ji’s first appearance was in the sitcom Potato Star 2013QR3 before finally hitting her most famous drama series, and It was Okay Not to Be Okay.

Who is Seo Ye-Ji’s Boyfriend?

Seo Ye-Ji and Jung Hyun started dating after meeting in Stay With Me’s movie set three years ago. Their relationship seemed to be perfect like other Korean idols before the controversial text messages started to take their toll on their relationship and career.

Dispatch published a report that showed a big difference between Time’s original script and the version used in the broadcast, indicating that Jung Hyun himself requested to minimize and even erase a lot of physical contact between the main character and his co-star.

The media revealed that Ye-Ji had “manipulated” Jung Hyun, her ex-boyfriend, not to have too much physical contact with his co-star in the series. Not long after the Dispatch’s revelation, the screenshotted text message between her and Jung Hyun was spread throughout the internet.

“Today, I didn’t greet a female staff member. I was really stiff with other people,” the text message from Jung Hyun revealed.

He then continued, “I made it clear to Director Jang again that I won’t do romance,” and “The script for episode 9 is complete, but I think it will need to be modified entirely,”

But, it was Ye-Ji’s replies that got on many people’s nerves. She said, “Haha, okay. Keep behaving stiffly,” and “Do a good job with the modifications.”

The way Ye-Ji explicitly asked Jung Hyun to change the majority of the script has a huge potential to damage her ex-lover’s career. Yet, she didn’t seem to care about it.

The screenshotted text messages kept spreading, and the media always has more and more. We can even see Ye-Ji saying, “Modify everything well, so there is no romance and no physical contact.”

The Time Crew Members and Staff Started to Talk, and It Gives More Proofs about the Allegations, but Ye-Ji’s Agency Declined

Some people, especially Ye-Ji’s fans, were once skeptical about the truth behind the text message because we all know that it could be modified and edited. But, what Time’s crew members had said couldn’t be scripted and manipulated, and some of the crew even confirmed that Jung Hyun kept asking to change the script.

“He kept asking for changes in the script on set. He stressed the importance of platonic love and asked to take out any physical contact. If things didn’t go his way, he would suddenly run outside and start gagging,” one of the staff members revealed to Soompi.

Since the revelation from some of the staff members and crew, Ye-Ji’s reputation kept getting worse, especially after she didn’t attend the press conference for her upcoming film Recalled. Not only that, Ye-Ji didn’t even attend the Baeksang Arts Awards despite her winning as Best Actress for It’s Okay Not to Be Okay.

The 57th Baeksang Arts Award nominations ever, Ye-Ji’s agency GOLD MEDALIST immediately announced that the actress would not be coming due to some “personal reasons.” And of course, a lot of people had made their speculations, I mean it’s impossible not to.

However, from Ye-Ji’s side, the GOLD MEDALIST clearly denied the rumor and made a response to the text messages that went viral.

Quoting from the report, the management had checked in with Kim Jung Hyun’s side, and it was confirmed that the controversy didn’t occur because of Seo Ye Ji.

“It is not shown in the conversations that were revealed, but Kim Jung Hyun also made requests to Seo Ye Ji, who was filming a different drama, to not film kiss scenes,” the agency wrote.

“So Seo Ye Ji told him, “Then you shouldn’t do it either,” among conversations of lovers showing jealousy about each other’s physical contact with each other.s This can be seen as a common lovers’ quarrel between actors who are dating. However, all actors carry out filming normally, putting their quarrels with their partners aside.”

Well, it seems like both parties had blamed each other’s sides. Even though the report said that Jung Hyun’s agency would release his version in no time, we hadn’t heard anything from him until now aside from his sad long caption on his Instagram, indicating that he was going through the lowest point in his life when the controversies arose.

“The drama Time was the first work in which I played the lead role, so it was also a very meaningful project to me. But, I brought deep disappointment and pain upon the director, screenwriter, fellow actors, and staff. I apologize,” the Mr. Queen actor wrote. Does it mean that Jung Hyun himself had admitted to requesting many script changes to fulfill his girlfriend’s request? It’s still hard to tell.

However, it seems like he didn’t explicitly mention that his action was influenced by Seo Ye-Ji. Instead, he continued to write, “I brought the shameful incident upon myself due to personal issues. I was not able to fulfill my responsibilities as the drama’s protagonist and an actor.”

Jung Hyun’s writing has shaped another public opinion about what’s happening between him and Ye-Ji. The situation got even worse after an unnamed PR agency claimed that Jung Hyun had some mental issues, like depression and insomnia. So, it’s possible if he made up the whole situation with Seo Ye-Ji as well.

“Kim Jung-Hyun has been receiving treatment in hospital for depression and insomnia that have plagued him since the start of his career as an actor,” reported The Strait Times, quoting the PR agency’s announcement.

However, one thing for sure is that this situation with Ye-Ji had worsened his mental state. People and the media still have their speculations about whether or not Ye-Ji was the one who controlled and manipulated Jung-Hyun, because there hasn’t been any closure about this dispute. We can’t conclude anything just yet.

But, don’t stop here yet, people. There is something else worth knowing about the It’s Okay Not to Be Okay actress that is considered the most controversial Korean actress this year.

Seo Ye-Ji’s Past Revealed: Does the Actress Undergo Plastic Surgery?

Seo Ye-Ji’s career post controversies went downhill, even though she wasn’t completely cut off from the industry either. According to some renowned Korean entertainment news, multiple brands canceled their contracts with Ye-Ji. They even cut a lot of future sponsorship for her. Not only that, but the actress herself also stepped down from her long-awaited series, Island.

Of course, after the controversy arose, people – especially in South Korea – couldn’t contain their curiosity about Ye-Ji. Many people kept digging about Ye-Ji’s past, and a lot of shocking news started to spread as well, from getting plastic surgery and being a high school bully.

Ye-Ji was famously believed never to undergo any plastic surgery since she posted a picture that she claimed as herself in high school, and she looked just the same.

However, a recent post that had the title “Is this Seo Ye-Ji?” with a picture of someone completely different had sparked many questions. Some people commented, “That is her, it has her name on it, and it’s rare someone has the same name as her with that outfit,” and “She got plastic surgery in middle school.” Ye-Ji didn’t comment anything about this, as she also remained silent with her controversy with Jung Hyun.

Another bad news about Seo Ye-Ji that actually arose in 2014 but became the highlight again recently is that she was a bully back in middle school and even lied about her going to school in Madrid.

In March 2014, a netizen wrote that Ye-Ji had bullied her in high school, stating, “Seo Ye-Ji bullied me in middle school and even extorted me.”

It wasn’t only one person who said that. One month later, another internet user spoke up about being bullied by Ye-Ji in middle school. She also added that Ye-Ji did plastic surgery, which she didn’t tell anyone.

“Seo Ye-Ji went for plastic surgery around her middle school graduation, and that’s why people couldn’t believe those photos are actually of her,” she claimed.

The source added, “Everyone knew her in middle school. She would bully and steal money from people.”

“If you ask people who were born in 1990 and went to Yeongwon Junior High School in Yeongdeungpo about this girl, they’d know who you’re talking about.”

More and more people who claimed to be “Ye-Ji’s friends” in middle school kept going on, thanks to Ye-Ji’s bad reputation after her controversy with Jung Hyun.