Who Is Ezra Miller Girlfriend in 2023? Answer To All The Speculations & Rumors 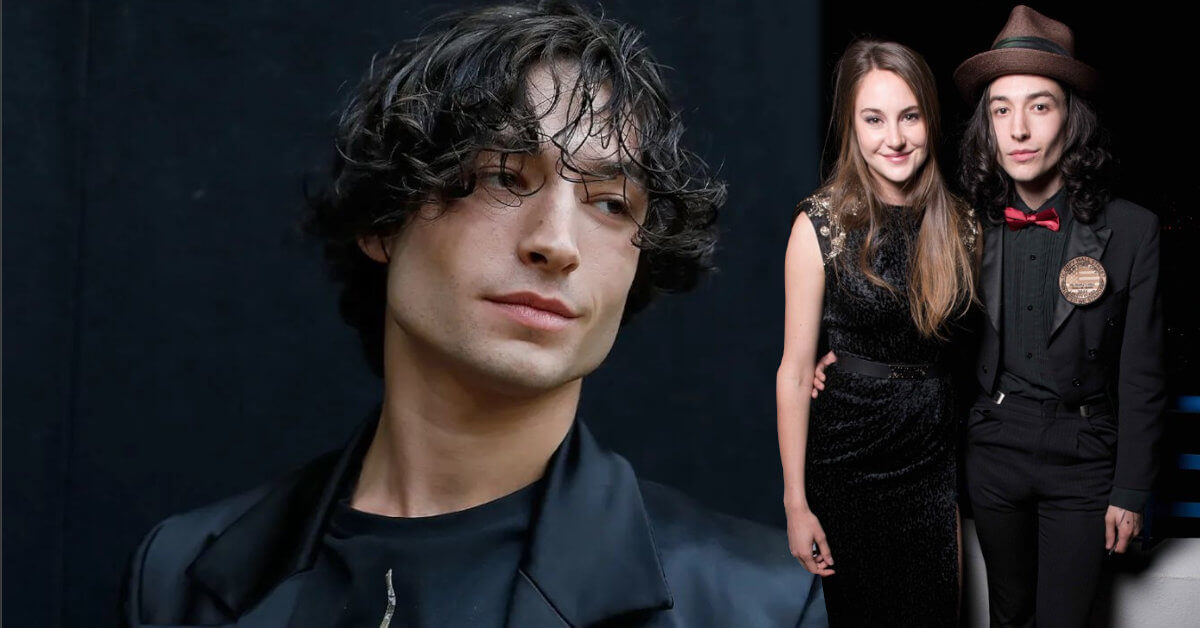 Ezra Miller, a hot guy that we know from The Perks of Being a Wallflower and a critically acclaimed drama The Stanford Prison Experiment as a deranged prisoner, has snatched the spotlight in Hollywood.

Despite his dazzling career in Hollywood, he also has an interesting love story. He is known as someone who’s pretty private about his relationship. But we will break down each one of his past lovers and his relationship. Does he currently have a girlfriend? Wonder no more!

Though Ezra Miller is pretty open talking about his sexuality and his personal stories, it’s a different case with his love life. He once had a brief fling with Shailene Woodley, a pretty and talented actress that we all already know.

The rumor started to come up in 2016. Both Ezra and Woodley neither confirm nor deny the rumor publicly.

Apparently, the rumor stays to be just rumors. It never became official, and it only lasted for a very brief moment. After Woodley’s brief fling with Ezra, she moved on very quickly and had relationships with several athletes; rugby player Ben Volavola and football player Aaron Rodgers.

Shailene Woodley has a good dating game, and being with Ezra Miller (even though only for a short time) proves that!

Ezra Miller’s Most Serious Relationship with A Girl: Getting Engaged with Erin Urb

It is no secret that there is a lot of fellow actor that is captivated by Ezra Miller’s persona. Erin Urb is one of them.

Erin Urb is an American actress. She is the only woman in Ezra’s life that he decided to go a little more serious. Ezra and Erin were previously engaged for two years, from 2014 to 2016. And before they got engaged, they’ve been dating for a year.

It’s pretty surprising because Ezra’s other relationship usually didn’t last more than a year. And they got engaged? What makes Ezra changed his mind?

Though this is Ezra’s most serious relationship, there is still not much detail about what happened between Ezra and his girlfriend. There is no specific information about their encounter for the first time and also the story of their breakup.

Ezra is more interested in talking about his identity and his struggle in life, which we also love to hear about. We still want to know more about the details of his relationship story, though, but what can we do?

A Year Relationship with Lauren Nolting

Before being with Erin Urb, Ezra Miller was dating Lauren Nolting, an American photographer. The two began dating in 2011 and separated in 2012.

Lauren Nolting became more famous since she dated Ezra. Even though they hardly share their relationship with the media, there are lots of their picture together. From hugging each other to talk to each other simply. However, the reason for their breakup can never be known.

Nevertheless, it took a year for Ezra to find another girlfriend. Lauren, however, wasn’t associated with the other guy after she split with Ezra.

Another hot girl that Ezra Miller had an affair with is Zoe Kravitz. The two were costars in Beware the Gonzo back in 2010, and they met again in 2016 for their movies Fantastic Beasts and Where to Find Them.

They started their short fling the first time they met. They couldn’t deny the chemistry that they found in each other for the very first encounter.

Unfortunately, their time together wasn’t long at all. Some sources reported they were only together for less than four months.

According to sources, not long after they worked together in Beware the Gonzo, the two shared a hot and passionate kiss together. Their pictures of kissing each other were quickly spread on the internet, and people were crazy about it.

Well, we’re not going to lie that Zoe Kravitz, looking sexy and hot as she usually is, does look good with Ezra Miller. It’s just so unfortunate that it was only a short fling.

Before Ezra Miller’s name is well known in Hollywood, he dated Esther Wald in 2006. Both Ezra and Esther weren’t famous at that time, resulting in not many media know the detail about them. However, they only dated for a short time (again). Not sure about the specific time, but it was undoubtedly less than a year.

More importantly, Ezra Miller was thirteen years old when he was dating Esther Wald. Esther is three years older than Ezra. At that age, it was the time where Ezra was exploring his identity and his sexuality.

Even though Ezra Miller declared himself as a queer and even stated that he is mainly attracted to boys, we couldn’t find any trace of him officially dating or hooking up with a man. However, his perspectives on being queer, his sexuality, and his past trauma are enough to make us understand how amazing he is as a human being.

When we hear about Ezra Miller, we probably remember the rumor about his sexuality. Many sources stated that Ezra is gay, and dating girls is his way of covering up that rumor. Even some of Ezra’s fans believe that and have been wondering the truth.

The rumor started going around in 2012. However, he didn’t deny that. But rather, he described himself as “queer” and not “gay.” He came out as queer in the same year also. Fortunately, he didn’t mind giving further explanation about that.

“It’s generational in the way that the term is newly available in a certain way. I think it feels the most open and inclusive, which makes it apply for me, personally. I think there are a lot of people who fall on this open spectrum of sexuality,” Ezra stated that in his interview with The Advocate in February 2013.

“There should be an ongoing question and investigation of who you love and everything that’s involved with that very tricky and beautiful thing,” added Ezra. He believes that there are a lot of people who are actually interested in not only one spectrum of gender; they just haven’t figured out that the term “queer” exists.

It sounds pretty exciting, right? As someone who’s not ashamed in admitting his sexuality (and also encourages others to do the same!), we have so much respect for Ezra Miller. And, of course, his relationship story is pretty interesting, too!

The exciting part from Ezra Miller doesn’t only come from his sexuality, but also the character that he likes to play in movies. Ezra Miller’s persona is so very easy to be loved by everyone because he is pretty confident in embracing a twisted and complicated character of human beings in his character.

Well, when we pay attention to all of his characters in the movies, from The Perks of Being a Wallflower, Fantastic Beasts and Where to Find Them, and Miller? He always played a complicated character. It’s never boring, though.

“When I was a kid, I used to say the more challenging, the better,” and he’s been that way ever since. He also added, “It’s part of the intrigue of being an actor – to explore a wide range of possibilities that exists within a human being.”

He also likes to portray himself in an extraordinary way. Not because he tries too hard to be “different,” but he is just himself. His hairstyle and his outfit (be it in a movie or in real life) show us how extraordinary his personality is.

Well, his preference didn’t come from nothing. He surely has the past experience that shaped him the way he is; the way he views his sex and dating life, which leads to his extraordinary character in a movie. He said that his traumatic experience contributes the most.

“There was a close friend with who I had a sexual relationship who really, really turned me on in a violent way. So that Perks (refers to Perks of Being a Wallflower) story was pretty close to home for me.” Ezra poured his heart out when he told that story to Playboy. Even though we enjoy his character so much, it’s pretty sad knowing the story behind it.

Other than that, his most recent eccentric look was from the showcases at the Met Gala in New York in May 2019. He showed up with a hallucinating face paint that showed seven eyes on his face. Of course, a lot of people will remember that forever!