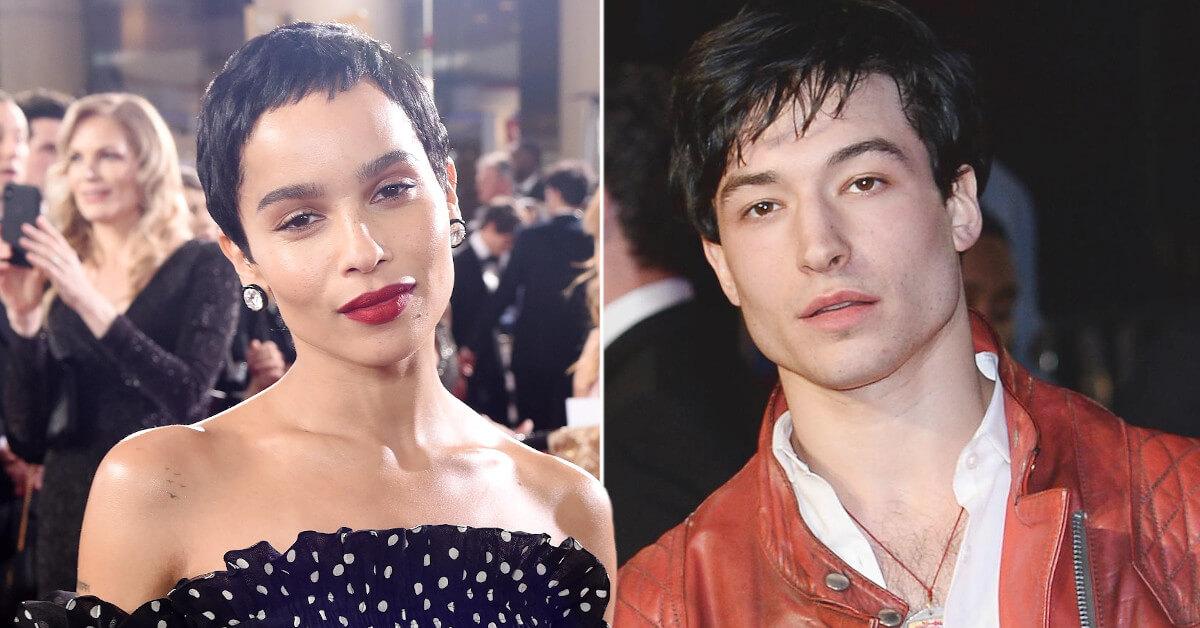 What happens when a “flower” meets a superhero? They are bound to have a meaningful encounter certainly. The statement preceded the current topic, Ezra Miller and Zoe Kravitz’s love story. Oh yes, they were inseparable back then. At the same time, you are pondering the questions about how and why?

The “Catwoman” and the English “magician” had something going on. As we said in the title, it was a meaningful experience for both of them. To satiate your curiosity, let’s see what’s inside the Pensieve, shall we?

“The Perks of Being a Wallflower” star always tries to remain silent about his private life. Unlike his former “girlfriend” Zoe Kravitz, she likes to talk excessively about her personal life. At a glance, they had nothing sort of similarities around them. Ezra is more a timid boy, while Zoe is more open.

The reported couple met for the first time around 2010. Ezra and Zoe were working on the upcoming movie “Beware the Gonzo.” In that movie, they were a couple. You probably already see the connection here. Yep, they were on good terms on and off the stage.

Nickiswift met with the former couple and said something similar regarding the first time they met. Ezra Miller said he knew he had “an instant and deep connection” and eagerly waited for the time they played together. Zoe stated that Ezra met her first to talk about the film and the role they will represent.

The film allowed the pair to deepen their chemistry even more. And it was the chance Ezra and Zoe would take without a second thought. Even though the couple said to the same source that they were and still are “best friends,” the fans didn’t fall for the statement.

The same year they began filming, Zoe Kravitz and Ezra Miller went to a film festival, blowing the media. Like, who would have thought?

Unfortunately, that was probably the first, and the last time Ezra and Zoe caught the media around their lives. And, like any other artists we know, the relationship lasted briefly for the couple.

The perks of being a “best friend.”

We cannot deny that Ezra Miller and Zoe Kravitz enjoyed each other’s company. Well, judging by their responses, we certainly establish some foundations. However, the similarities and the connection between Ezra and Zoe didn’t matter much in the face of time.

When they began to catch the attention of the media, Ezra and Zoe ended the relationship as quickly as they started it. The source reported that the “couple” ended the dalliance on a good term even though there was no confirmation regarding whether they had dated and even when they already lived separately.

If you’d notice how we put the “girlfriend” and the word “couple” inside quotation marks, it’s because the relationship went under the rug. And so far, Zoe and Ezra seemingly enjoy the relationship as a mere “best friend” for now. The relationship that began in 2010 swiftly ended in that same year. A brief stint yet remarkable for the former partners.

So what happens then? Ezra and Zoe continued their career by also trying to rekindle the love they once lost. Zoe Kravitz dated Penn Badgley just after her separation from Ezra, with Ezra Miller dated Lauren Nolting, a US-born photographer.

The story didn’t end here. Ezra Miller and Zoe Kravitz met again as professional artists while they played together in “Fantastic Beasts” films. No apparent ripple came after their recent meetups on-stage, with the pair seemingly trying to stay low under the media.

And this is the end. Ezra and Zoe continue to enjoy their separate lives. And who knows, maybe they can make a relationship come back in the future.