What is Kristen Bell’s Net Worth in 2023 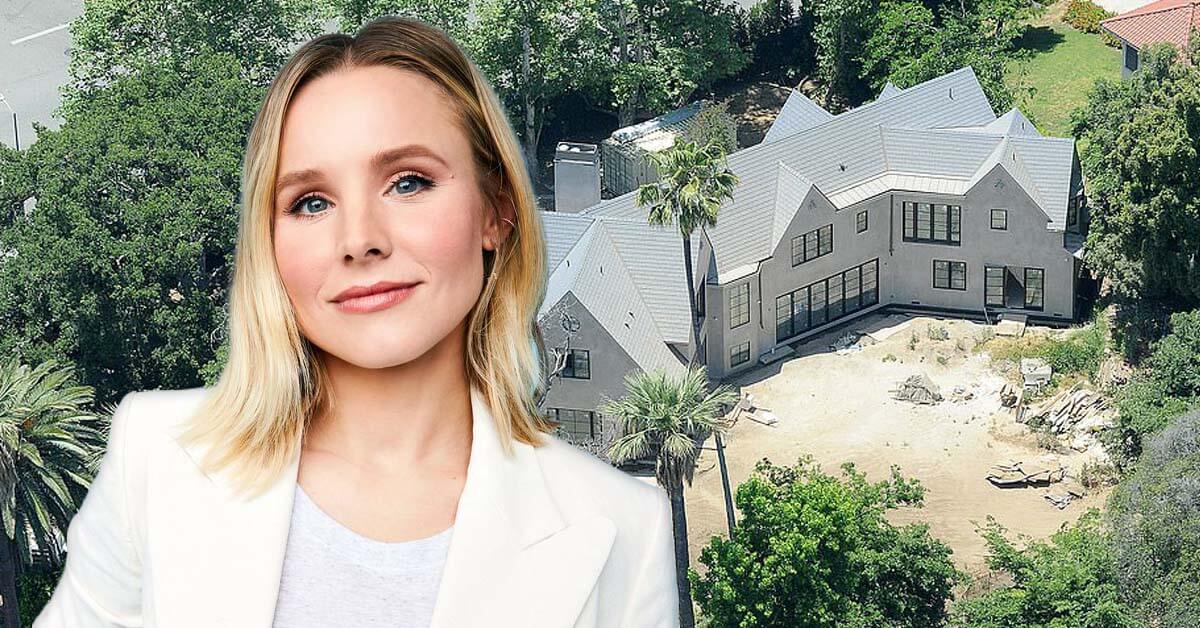 Kristen Bell is the epitome of do-it-all. From Broadway and action thrillers to teen dramas and even animated movies, you can trust Kristen Bell to deliver outstanding performances!

How Much is Kristen Bell’s Net Worth?

Kristen Bell is a wealthy and successful actress, singer, and producer in her own right, but when combined with her husband, Dax Shepard, she becomes a stronger force to be reckoned with! Since marrying Dax in 2013, the couple has a combined net worth of $40 million!

With Kristen and Dax’s growing movie credits, it’s unsurprising that their combined net worth will reach three digits in no time!

When Did Kristen Bell Start Her Career?

Starting her career on Broadway stages, Kristen Bell’s first role was as a banana and a tree in the local production of Raggedy Ann and Andy when she was 12. It wasn’t until nine years later that she scored her first Broadway role in the short-lived The Adventures of Tom Sawyer as Becky Thatcher.

The following year, Kristen starred alongside Liam Neeson, Angela Bettis, and Laura Linney in the 2002 production of The Crucible (Broadway Play).

She made her small screen debut a year later in an episode of The Shield.

Kristen Bell received huge critical acclaim for her stellar performance as the leading character in Gracie’s Choice, a television movie.

She gained further acknowledgment following her portrayal of the titular character in the Veronica Mars series.

After Veronica Mars was canceled in 2007, Kristen Bell starred in Heroes, portraying Elle Bishop. She also voiced the titular character in Gossip Girl for every episode before making a brief appearance as herself in the series finale.

Kristen Bell was launched to global superstardom after lending her voice to the character of Anna in Disney’s animated movie Frozen in 2013. The following year, she reprised her role in the Veronica Mars movie.

In 2017, Kristen Bell joined forces with her husband Dax Shepard in the action comedy CHiPs, while also appearing in Sia’s festive music video Santa’s Coming for Us.

In 2019, Kristen Bell again reprised her role as Veronica Mars in the eighth season of Veronica Mars, which premiered on Hulu.

Her latest release includes Netflix’s miniseries The Woman in the House Across the Street from the Girl in the Window in January 2022.

Where Does Kristen Bell Live?

In 2017, Kristen Bell and Dax Shepard purchased a $4.3 million home in Laughlin Park, Los Angeles. However, they couldn’t immediately live there since the couple opted to spend several thousand more renovating the property.

In 2022, the couple revealed they bought a property in Old Hickory Lake, Nashville, because Dax “wanna live on a lake.”

It’s unknown how much they spent on the Nashville house, but considering Old Hickory Lake has been the home for many Nashville stars, namely Kelly Clarkson, Taylor Swift, and Johnny Cash, it’s safe to say that Kristen and Dax bought quite a pricey house!

What Car Does Kristen Bell Drive?

As an actor like Kristen Bell, the cost of a garage full of luxury vehicles is simply not feasible. However, just like her car-loving husband does, Kristen has put together an impressive collection of cars for herself!

The most expensive car in her collection is, of course, the Tesla Model X! The vehicle cost her $120,000. Despite the costly tags, you can’t be a celebrity in Hollywood if you don’t have a Tesla these days!

Is Kristen Bell An Active Investor?

Since February 2022, Kristen Bell has invested in good culture, a California-based dairy producer that focuses on producing cultured foods.

While the amount of her investment is not revealed, Kristen, alongside two other investors, managed to raise $64 million for the company!

Is Kristen Bell An Entrepreneur?

Kristen Bell isn’t only a successful actress, singer, and producer. She’s also a startup co-founder along with her husband, Dax Shepard!

Stemming from their realization that having kids is expensive, the couple co-founded Hello Bello, a startup selling all-natural baby products. The Los Angeles startup sells everything your baby needs, from diapers to wipes and sunscreen.

Their motivation to start this business is to ensure that everyone, not just celebrities, can get access to “affordable, premium” childcare.

Hello Bello was launched in more than 4,700 Walmart stores across the country and is estimated to earn $200 million in gross sales.

It seems like Kristen Bell and Dax Shepard are strengthening their position as a Hollywood power couple!

How Many Brands Does Kristen Bell Endorse?

In 2014, Kristen Bell and Dax Shepard were appointed to star in Samsung’s regular and holiday commercials. With this endorsement deal, the couple is obliged to promote the brand’s smart fridge and tablet products. Moreover, they also starred in several commercials for Spindrift and Lightlife.

Three years later, Kristen Bell appeared in the new smartwatch campaign by Fossil along with many other celebrities, such as Yara Shahidi, Leslie Odom Jr., and Austin Mahone. With its Fossil First campaign, the stars take turns telling stories about their life milestones.

In 2019, Kristen Bell became the brand ambassador for La-Z-Boy, a furniture company. She replaced Brooke Shields, who had been the face of the brand since 2010.

How Many Roles Did Kristen Bell Turn Down?

In the early 2000s, it’s undoubtedly that Kristen Bell was beginning to earn more recognition in her career. She was initially offered the role of Tony Stark’s secretary-turn-love interest, Pepper Potts! However, Kristen turned down the offer, and the role went to Gwyneth Paltrow instead.

Kristen Bell was also involved in discussions about portraying a character in the series Lost, but again, she turned down that role. It’s not revealed which character Kristen was offered to play.

How Much Does Kristen Bell Earn?

When you hear Kristen Bell’s voice, you remember Gossip Girl. That’s, like, the mandatory reflex reaction! Yep, Kristen is the voice behind every episode of the hit series.

For her voice-over duty in Gossip Girl, it’s reported that Kristen earned $125,000 for every episode! Since she voiced all series episodes, she reportedly made more than $15 million! She’s also estimated to make the same amount per episode for the Gossip Girl reboot.

Meanwhile, Kristen Bell reportedly made $125,000 per episode for The Good Place. However, with the series’ success after the first season, it’s very likely that Kristen earned a pay raise!

Kristen Bell and Dax Shepard have an incredible net worth of $40 million combined and are both sure to continue making a fortune with their successful business ventures. They are quickly becoming one of the leading forces in Hollywood, and it will be interesting to see what the future holds for them!