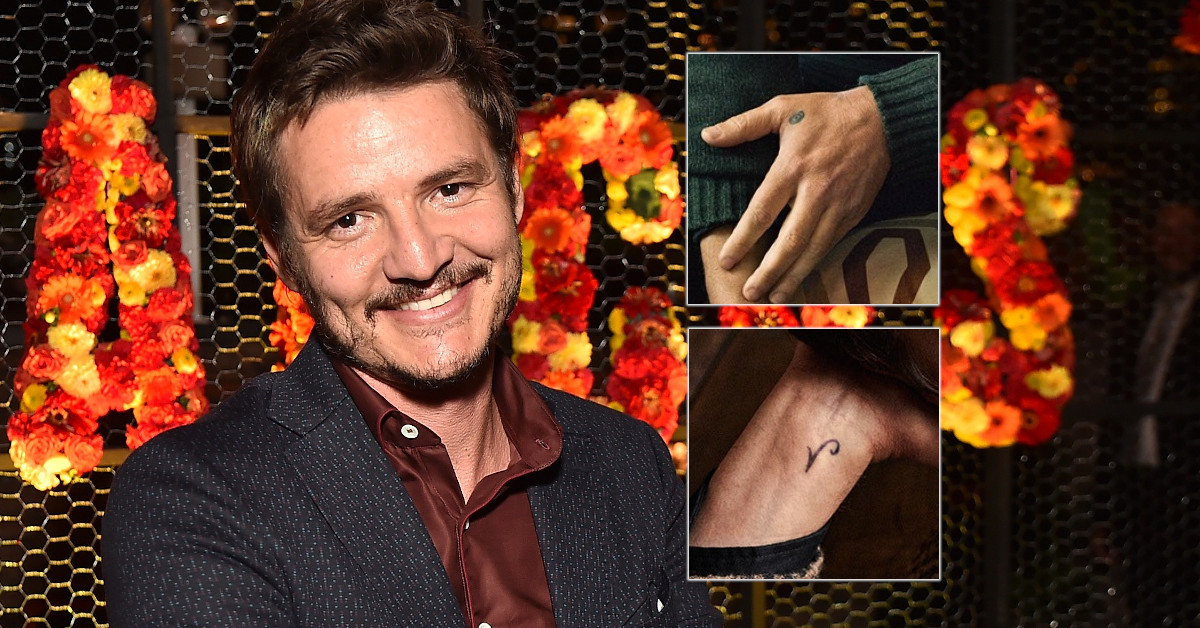 Pedro Pascal is an American actor who is best known for portraying the roles of Oberyn Martell in the fourth season of the HBO series Game of Thrones and Javier Peña in the Netflix series Narcos.

In 2016 he starred in the American-Chinese film The Great Wall alongside Matt Damon.

Coming to his inks, Pedro Pascal has four tattoos on his body. Let us take a look at the ones he has and the meanings behind them.

“V” inked on his right wrist for his mother’s name Veronica Pascal (the one he explains in his tweets).

Pascal has a bullseye tattoo on his left hand.

He has tiny elephant inked on the left thigh.

He has a tattoo of a flower with petals missing, behind his left ear.