Who is Tobias Menzies Wife? Is He Married? 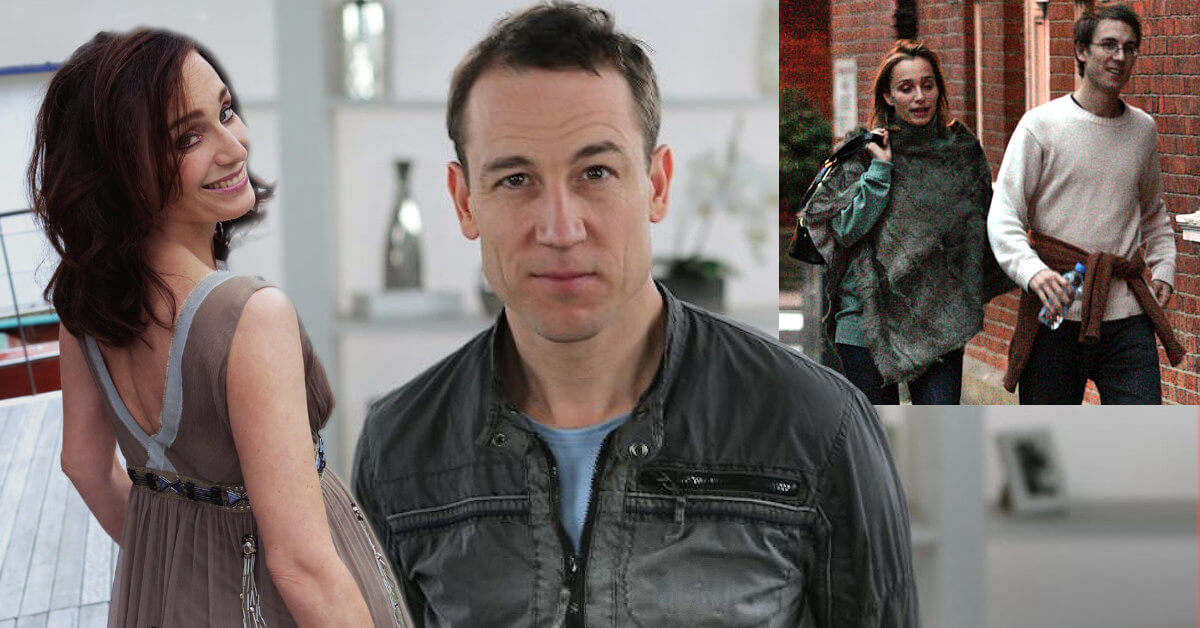 Tobias Menzies is an English actor best known for portraying Prince Phillip in the third season of The Crown. He also appeared as Edmure Tully in Game of Thrones.

Through his role as Prince Phillip, he won the Primetime Emmy Award for Outstanding Supporting Actor in a Drama Series. In addition, he got a nomination for Golden Globe Award.

Tobias, apart from his career, likes to keep his life private. He only has Twitter and doesn’t have an Instagram account. He also seems to avoid talking too much about his personal life, especially his relationship. But, what was Tobias’ love life going on and who was he dating in the past?

Who is Tobias Menzies and does he have a wife?

It is extremely hard for people – even his fans – to get to know deeper about Tobias’ personal life and relationship status.

Tobias was born in Hammersmith, London, England. He has one younger brother. Strangely enough, none of his family members worked in the movie industry like him. His father is a BBC radio producer, and her mother works as a teacher.

Nevertheless, his passion for acting grew since he was a little kid. He’d always wanted to pursue a career in acting seriously.

About his relationship, though, he likes to keep this matter closed with his heart only. Still, once he dated a woman, it wasn’t far from controversy either.

Tobias is currently a single man, and of course, he doesn’t have a wife now. Throughout his career, he was only linked with one actress, Kristin Scott Thomas.

The rumor of their relationship started in early 2005, but it wasn’t when Kristin and Tobias met for the first time. The two had their first encounter in 2003 while performing The Three Sisters.

Who is Kristin Scott Thomas?

Though many people talked a lot about Kristin after her relationship with Tobias, she was also a famous actress for her hard work.

Kristin made her first debut in 1986 through her appearance in Under the Cherry. After that, she continued to play various roles, such as in Handful of Dust, Bitter Moon, and Mission Impossible alongside Tom Cruise.

She had her golden era back in her 90s. I’m sure many people would say that period was blissful because they could see Kristin’s performance often. However, she announced in 2015 that she had turned her back on cinema.

“I realized I’ve done the things I know how to do so many times in different languages, and I just suddenly thought, I can’t do it anymore. I’m bored by it. So I’m stopping,” told the actress to The Guardian.

She had been working for 30 years and made 65 films both in French and England. She had reached a point where she needed a long break and was free from her insane workload. So, it is not surprising if, after 2015, we hardly hear or see her performance in any play or movies.

Her reason for taking some time off is quite complex. In her other interviews, she revealed that she didn’t want to go to America and live the Hollywood lifestyle. And also, she was kind of tired of playing a role that wasn’t “crucial” enough.

“I’m often asked to do something because I’m going to be a sort of weight to their otherwise flimsy production,” started Kristin. “They give me a little role in something where they know I’m going to be able to turn up, know what to do, cry in the right place. I shouldn’t bite the hand that feeds, but I keep doing these things for other people, and last year I just decided life’s too short. I don’t want to do it anymore.” She didn’t hesitate to tell us how she loathed the industry.

However, she didn’t completely shut herself down in the movie industry. She still got a significant role in France, stating that she enjoyed herself more than in the UK or the US. In her opinion, French people are “less afraid” to give an older woman a critical role, and then closing the interview with her asking, “Why is it an Anglo-Saxon culture that age is a taboo?” Fair enough, Kristin, we often wonder the same thing.

Unlike Tobias, Kristin is more open to talking about herself and more active on Instagram. She even has nearly 80 thousand followers. She also often posts pictures about her activities, personal life, and projects that she is currently working on. However, we do not see any sign of Kristin being in a relationship on her social media. So it seems like Tobias is her latest public relationship, or she is not interested in starting a new relationship. Who knows?

It took two years for the news to be talked about by everyone. Then, the rumor came up when Kristin was working on the stage production of the movie As You Desire Me in London.

Tobias Menzies and Kristin Scott were seen hanging out together for the first time when the two were strolling around the King’s Road in Chelsea. After that, they enjoyed it. After that, they had a romantic and private dinner in a fancy Italian restaurant, not far from there.

Some reports even said that Kristin went straight to Tobias’ apartment after dinner and got out of the apartment in the morning. So things were looking pretty serious between them.

However, their relationship news wasn’t welcomed nicely by everyone. Many people were shocked because Kristin and Tobias are thirteen years different, and Kristin was a married woman at that time. She was married to a Gynecologist, François Olivennes.

The controversy didn’t stop there. Rumor has it Tobias was the main reason for Kristin’s divorce from Olivennes. That’s a pretty heavy accusation right there.

The weird thing about that is Kristin had been married to her husband for seven years, and they were far from any rumor or negative news. It didn’t seem to be the kind of marriage that could go like that. But, Kristin herself never wanted to discuss her married life with the media, let alone clarify the reason for her split.

Tobias and Kristin were only dating for a year, from 2005 to 2006. However, the exact date of both the start of the relationship and the split was not found. Therefore, it is no surprise that neither of them is willing to talk about their break publicly. Since their split, both Tobias and Kristin didn’t seem to date anyone until now.

After they were no longer together, the two seemed to live different lives and went in different directions. However, we still can see that they both are maintaining a good relationship even after the breakup. On May 22, 2020, Tobias promoted his girlfriend’s movie, Military Wives, on his Twitter.

“Check out Military Wives, which premieres in the US on VOD and @Hulu today.” Then he continued to give the link to his followers so they could access the movie.

The tweet, however, didn’t receive too much attention. It got 23 retweets, 277 people liking the tweets, and less than ten comments. All the comments are positive ones, though, so it looks like people got over Tobias and Kristin’s controversial past. That’s good to know, right?!

Apart from The Crown and Games of Thrones, Tobias got huge recognition from his other series, Outlander. He played Jonathan or Black Jack. He portrayed someone who had a borderline obsession with another man called Jamie Fraser.

He showed his true talent in Outlander, which also led him to be nominated in several accolades. However, even though most of the responses were positive about his role in Outlander, some people took his character way too seriously and then sparked a rumor that he is gay.

This rumor must’ve gotten into Tobias’ nerves because he wasn’t that kind of actor who likes to talk about personal things. He maintained to keep quiet about his love life so far, but he decided to clarified things about the gay rumor.

However, that might be a good thing because it means his fans and the Outlander audience admitted how convincing and talented Tobias is as an actor. And after his controversial dating news and resulting in his girlfriend’s divorce, people still seem to love him. So that’s a very good thing, right?!