Who is Evan Peters Girlfriend? Is He Dating Anyone? 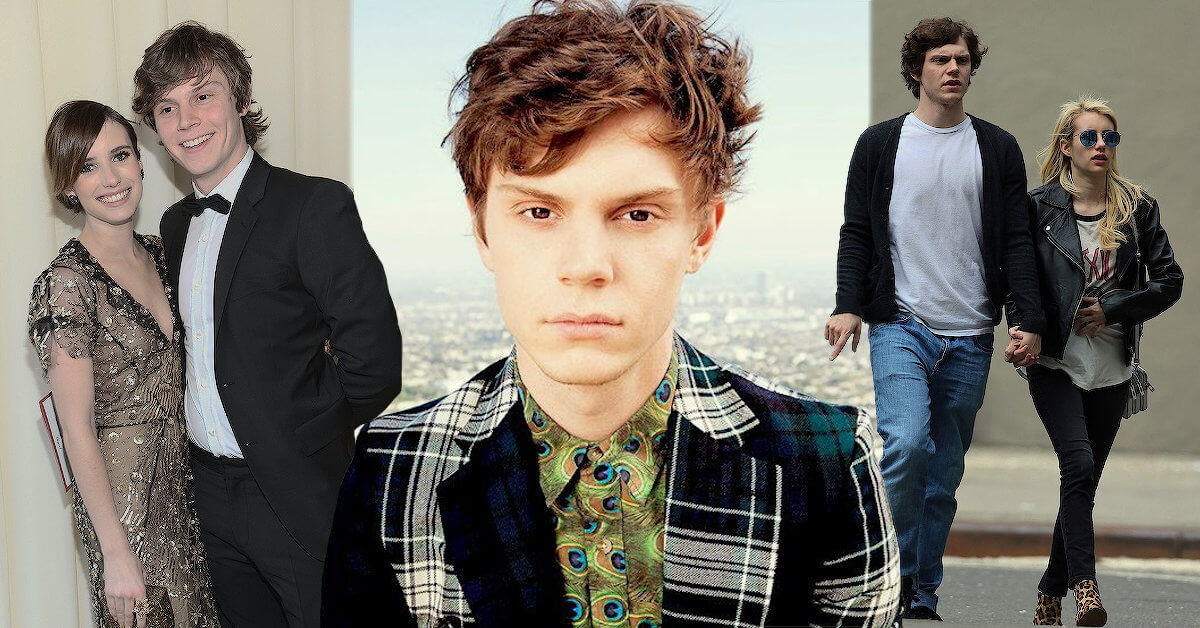 When we talked about a psychological/thriller/horror TV series, our mind will automatically mention American Horror Story. And if you guys are into that, you are probably a fan of Evan Peters as well.

Having that cute yet mysterious look, Evan Peters had gained a lot of attention. Besides AHS, Evan also appeared on the X-Men film series and HBO’s Mare of Easttown.

However, he’s not only all about his career but has some exciting love life as well. Was he linked with some names like Halsey and Emma Roberts? Evan Roberts is something!

Does Evan Peters Have a Girlfriend?

Many people are curious about this mysterious guy’s relationship status. And since he hardly publicly brings up his relationship details or talks about his sexuality, people come up with many speculations: from having a secret wife to being gay. But Evan never seems to be bothered with all those rumors.

However, as a starter, Evan Peters is entirely single. That means there is no way that he’s married either. His latest relationship is with a famous singer, Halsey.

And since then, he was never seen out with a girl or dating anyone.

Though he is very hot and talented, he’s not surrounded by many girls, unlike his fellow actors. He described himself as “shy” and “not very good at dating.” He does have high-quality women as his ex-lovers, though!

Evan Peters and Halsey Broke Up After Only Five Months Dating

In mid-2009, Evan Peters was seen out and about with Halsey. The two attended an event for American Horror Story. It was an event to celebrate AHS’ 100th episode.

Evan and Halsey also celebrated Halloween together! With their fantastic costumes and their love in the air, we couldn’t help but be jealous of this couple’s goals.

Their first encounter happened on their trip in Valencia, at Six Flags Magic Mountain. And they became inseparable ever since.

Unfortunately, their relationship didn’t stay long. Though this lovey-dovey couple seems never to get tired of each other, Evan and Halsey called it off after only five months of being together.

Halsey deleted all of Evan’s photos on her Instagram (they shared lots of cute pictures. Too bad!). Though Evan is relatively private, Halsey is more open, so we can at least get information about what’s going on from Halsey’s interviews and her social media accounts.

Meanwhile, Evan Peters was seen once retweeting support for police. But, the tweet got deleted. However, Evan soon clarified that.

“I don’t condone the guy watching the news at all in the video, which I have deleted. I unknowingly retweeted it. I’m deeply upset it got on my newsfeed. I sincerely apologize if anyone was offended. I support black lives matter wholeheartedly.”

That tweet alone isn’t enough. Someone then screenshotted Evan’s deleted retweets with the caption saying, “@Evan_Peters, this is why Halsey broke up with you.” Ouch, that hurts. But, surprisingly enough, Halsey liked the tweet! That’s obvious, isn’t it?

Though the two didn’t make any statement or explain the real reason for their split, it shows us that their breakup wasn’t an amicable one. After all, Halsey is now happily in a relationship with Alev Aydin, and they are expecting their first baby together. On the other hand, Evan was still single since her last breakup with her. So we hope that Halsey didn’t hurt Evan too much!

How Is It Like to Have Emma Roberts as a Girlfriend

If you think Halsey’s name is big enough in Hollywood, wait until you find out Evan’s ex-fiancée. Yep, it was our Wild Child sweetheart, Emma Roberts! And it wasn’t just a short moment of infatuation like other Hollywood relationships.

It lasted for more than six years. So what could make them break up after being together for that long?

Well, their story is complicated. Lots of people described their relationship as “unstable,” “on and off,” and even “toxic.”

They first met as costars in Adult World back in 2012. So, it didn’t take a long time for them to begin dating. Emma even stated in her interview that she knew they were going to date. So, it was love at first sight?

Even then proposed to Emma a year after they dated, and Emma said yes. However, not long after they were engaged, Emma was charged for a domestic abuse case because she somehow made Evan had a bleeding nose!

It was due to their heated argument and some misunderstanding, according to some reliable sources. That didn’t stop them from continuing their relationship for the next six years, though.

The tension escalated after worked together in American Horror Story. According to some sources, the crew and other casts had difficulty keeping up with them since they were either too invested in each other or screaming to each other – even on the set.

However, when Evan talked about how it was like to work with his fiancée, he said that he pretty much enjoyed it.

“It’s amazing. You’re at the set, and you’re in a city that you don’t know that well. It’s nice to have your best friend there to go to dinner with and check out the city.” Evan told People in 2014 as if he got things under control with his unstable fiancée.

In 2015, the couple broke off their engagement. But, as we expected, Evan and Emma rekindled three months later. Nine months after that, they split again and then got back again. This time, it worked out for almost three years before they decided to give up in March 2019. At least they gave it a try twice.

However, like a rollercoaster, as it might be, they split with a good term this time. Evan and Emma might have shared lots of “screaming into each other” moments and heated arguments a lot. Still, in 2019 the couple confirmed they parted ways amicably.

Emma is currently dating another actor, Garrett Hedland, and already had their baby together. So both Emma and Evan didn’t need a long time to date someone else after the breakup. That’s good to hear.

Breaking Up with Alexia Quinn After Meeting Emma Roberts?

Before meeting Emma Roberts, Evan Peters was in a relationship with Alexia Quinn, whom he met on Living at Home in 2011. Alexia starred in some big-hit movies such as Small Talk and LoveJacked.

Their experience working together was also the first time they met. It didn’t take a long time for Evan and Alexia either to start dating. Alexia was even present at Evan’s birthday party in January.

Their relationship lasted for almost a year. But, rumor has it, the main reason for Evan and Alexia’s breakup was Evan meeting Emma on the set of Adult World and immediately had a crush on her.

Emma was also in a relationship with someone else when they met, but that didn’t stop them from developing feelings for each other.

Evan and Emma indeed had that strong spark right the second after they met, and they went the extra mile to even split with their former partners. Do you guys think it’s romantic or toxic?

There isn’t much that we can get from this couple other than their red carpet photos together. Maybe if it weren’t for Evan to set his eyes on Emma, we wouldn’t realize that Evan and Alexia were a couple. The two kept their relationship low-key and tried their best to keep things off of the spotlight.

The Romance with Pixie Geldof

Moving on from Evan’s way-too-long story with Emma Roberts, finally, we have Evan’s ex-girlfriend that doesn’t have something to do with Emma. Evan dated another pretty girl before dating Alexia Quinn: he once dated a British model/singer Pixie Geldof.

Some paparazzi caught them kissing passionately at Coachella in 2010. Though it wasn’t a clear indicator of their official relationship, their chemistry was too strong to be a one-time hook-up thing.

And it turned out, and it wasn’t just a short affair! Pixie and Evan made it until 2011, which means they were together for a year. With Evan’s cute-yet-hot face and Pixie’s charming style, the pair looked perfect together. Other than their pictures on Coachella, there are also their photos dancing and leaning into each other. They looked hot!

We cannot know many things from their relationship. Still, they split amicably in 2011, and Evan shortly began dating another actress.

And after a long journey of finding love, Evan Peters decided to be single for a while. After dating several well-known women in the media, it’s probably too exhausting for him, and he needed a break.

However, we’ll be waiting for another news of Evan Peter’s girlfriend in the future!