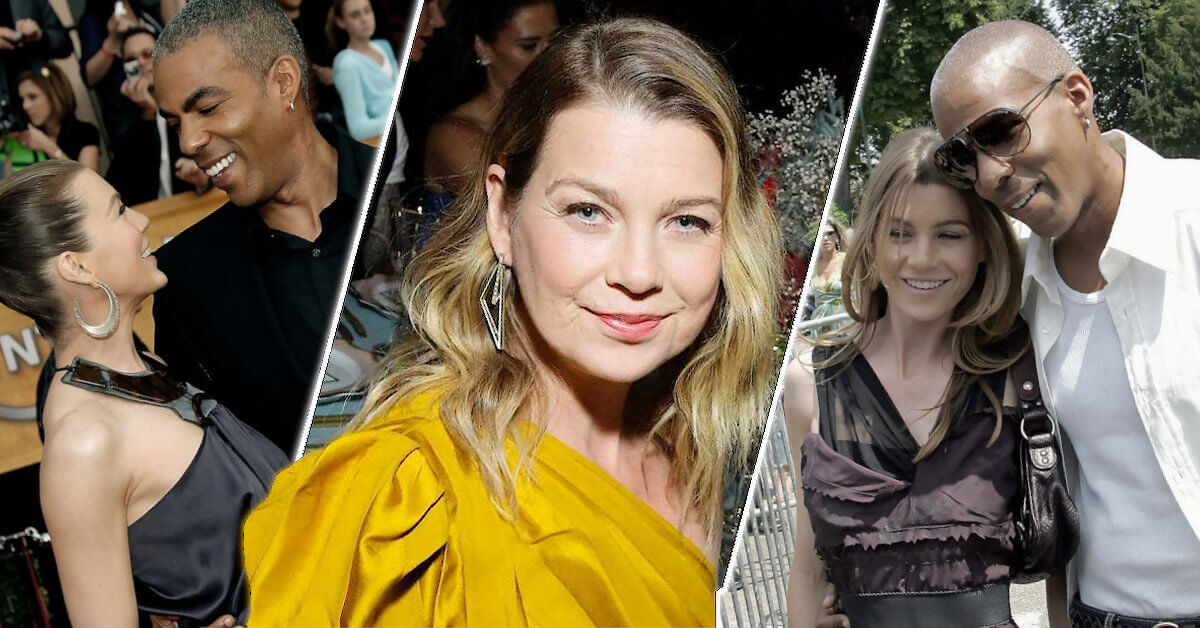 Ellen Pompeo is one of the most successful and unproblematic actresses ever. She was featured several times on the Forbes’ year-end list and has become one of the world’s highest actors since 2017. We can see her most well-known work as Meredith Grey in Grey’s Anatomy.

But, she also gained success from her other movies and series such as Strong Medicine, Strangers with Candy, and Daredevil.

If she had to beg Derek to “pick me, choose me, love me” in Grey’s Anatomy, she doesn’t have to do all that in real life. Thankfully, her love life off-screen is nothing but perfection.

Ellen Pompeo’s love life has always been exciting to know more about. She’s been with Chris Ivery since 2003. They’ve gone through thick and thin together and share three children.

But, the way their first encounter happened is far from fancy things and red carpet events. The couple met in the grocery store in Los Angeles back in 2003, and they began dating six months later.

“We were friends for six months; then one night, she just looked different to me.” Ellen already fell for him from the get-go, and of course, the time when they started being together has changed her life forever.

Three years later, Chris and Ellen got engaged. The most memorable part about their engagement was that Chris proposed to Ellen on her 37th birthday in November 2006.

“She was surprised and thrilled,” Chris reminisced, in his interview with People. Chris knows how to make his woman feel like the luckiest woman alive! Chris proposed with a 3;5-carat emerald-cut diamond in platinum designed by Tacori.

What Ellen Pompeo Adores the Most from Chris Ivery

Ellen Pompeo often praised how Chris makes her feel loved and secure. Apart from constantly showering her love, Chris is also a “very secure man” himself. It helps her to believe in herself and their relationships, too.

“My husband is a fantastic guy and very, very secure. I think that’s why I’m so into him – because he’s got so much swag. He’s just so secure that nothing shakes him,” Ellen gave praise for the love of her life.

For all Grey’s Anatomy fans out there, you guys must’ve known that Meredith Grey often shares some steamy scenes with Derek. Chris’ confidence has helped them maintain their relationship until now. Had Chris not had his confidence, he would’ve been blindsided with jealousy.

Ellen recalled the experience when she had just started starring in the series. She opened up in InStyle’s podcast called Ladies First with Laura Brown.

“I remember in the beginning it was hard for him. He was like, ‘This is not what I signed up for. You go to work and make out with that. I like Patrick and everything, and he’s a good dude, but like, really?’”

Thankfully, that moment didn’t affect their marriage at all. While some celebrities even choose to get a divorce out of jealousy, Ellen and Chris had never been that kind of couple.

Ellen and Chris Love to Keep Things Private; Including Their Wedding

Even though we can see that Ellen and Chris praise each other a lot in their interviews and social media, we know that they never reveal too much about what’s going on in their families. It’s always inspiring to see two famous people being that wise.

Their love for keeping things private was manifested in their wedding ceremony; they tied the knot in a private and quiet wedding party at City Hall, New York City, in 2007.

Ellen and Chris only invited their closest ones and family to the wedding. No media, no paparazzi, no nothing. They wanted to keep the intimacy during the most crucial moment of their lives.

“We flew out on a red-eye Thursday night. Friday morning, we woke up, went to City Hall, had the wedding quick, and then we went to Lupa for lunch after,” Ellen said on Live with Kelly and Ryan last 2017.

Do Ellen Pompeo and Chris Ivery Have Kids?

Since Ellen and Chris became husband and wife, they have been inseparable. Even though their jobs make it impossible for them not to get people’s attention 24/7, they managed to maintain their little daily routine; hang out and just wind down at home doing nothing together.

Ellen stated how much of a homebody she and her husband are. They love to go to dinner sometimes, but she said most of the date nights happen inside at home.

“And actually, we both go to bed pretty early, so we do a lot of lunch dates, too,” Ellen added.

Their time at home is even more precious since they can have quality time with their kids. Ellen and Chris shared three children during their fourteen years together, and they became such great parents to the point where everybody asks: how can they become successful in both worlds?

Ellen isn’t always as sure as a mother, though. At first, she questioned whether or not she wanted to become a mother for more than one kid. After they welcomed their first kid, Stella Luna, they decided to have two more.

Their kids are Stella Luna, Sienna May, and Eli Christopher. Ellen is not only a good mother at home, but she’s also involved in an organization called “Baby2Baby”, which provides low-income children with some essentials such as clothing and diapers.

“Like mother like daughter,” indeed, Ellen passed down the helping habit to her oldest kid, Stella. Ellen revealed how excellent Stella is in taking care of her younger siblings in her interview with Parents.

“She’s super helpful,” Ellen started. “Her little sister is a handful, so she’s amazing! I mean, I’m fortunate I have a lot of great people who help me, and I have help from wherever I can get it!”

Apart from sharing happy moments about her kids, Ellen also admitted that there are so many hard times she has to go through in her journey being a mom. Especially when she had Stella, it was her first time entering motherhood.

“It’s hard,” Ellen shared with InStyle. “I’m already a super emotional person, and life can be quite painful for me sometimes because I feel things so deeply, and I feel things even more deeply now that I’m a parent.”

Being an emotional person sometimes is a strength rather than a weakness. For Ellen, it also helps her to shape her kids into more empathetic and compassionate.

She teaches her kids to be brave as well. Still, in the same interview, she always emphasized to three of her kids to speak up when something wasn’t right and never worry about what other people think of them.

The latter is the thing that Ellen had always struggled with as a teenager. Well, seeing that she has a supremely confident husband makes it easier for their kids to be authentic to themselves.

Apart from all that, Ellen and Chris kept their children’s lives primarily private. They know the consequences of working in entertainment and creative industries can cost them a peaceful life if they aren’t selective with publicly shared things.

That seems to work out pretty well because, as we can see, this family grows more solid as time goes by, and nothing can break them apart!