Who is Dylan Sprouse Girlfriend in 2022? His Love Life 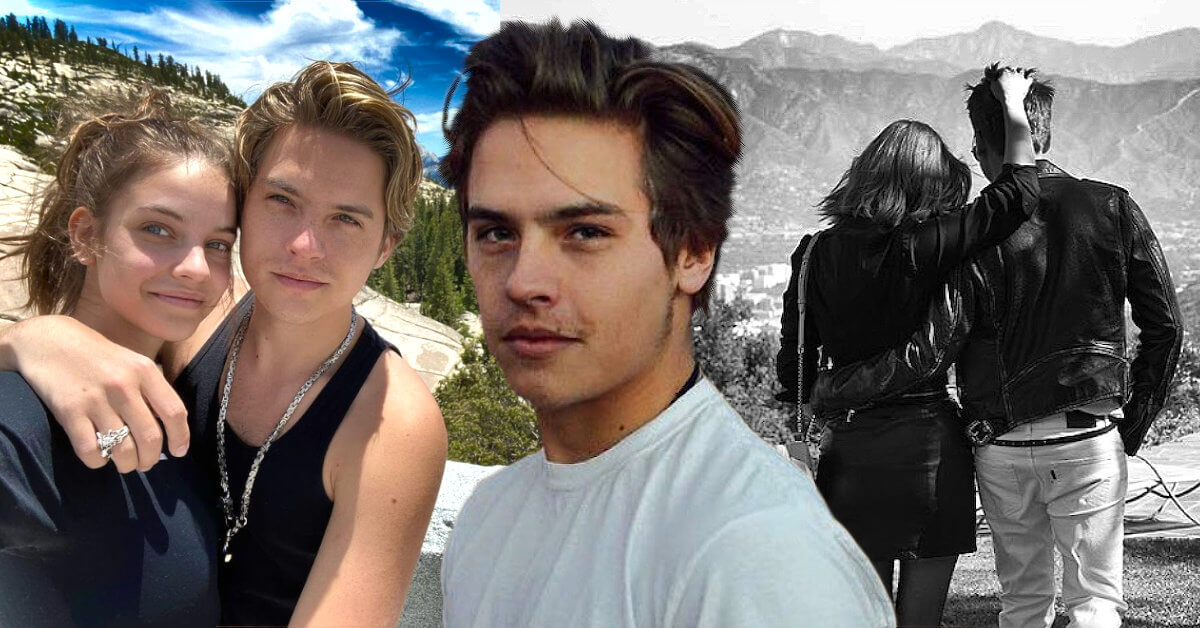 The Sprouse brothers have been in many women’s hearts for so long as we can remember. Both Cole and Dylan have charm and talent that could easily make anyone fall in love with them.

Most of us also probably know that one of them is dating a supermodel, Barbara Palvin. Yep, he is Dylan Sprouse. Their relationship is everyone’s dream: they can act like lovers, best friends, families, basically everything. Of course, they didn’t do it for fame only, but everybody seems to not get over how perfect this couple is.

Here, we will talk about Dylan and Barbara’s relationship and all of Dylan’s past lovers.

When we talk about Dylan, of course, we also talk about Barbara. This iconic duo has been together since 2018. Barbara and Dylan didn’t go public right away and shared their PDA moments right after they were an item.

They kept it quiet the first time, and slowly some fans and paparazzi captured them hanging out together. After that moment, the two become comfortable expressing their love both in red carpet events and on their social media.

The series of their sweet moments then continued. In August 2018, Dylan visited Hungary to get to know where Barbara was growing up and meet her family. Even though they had just started dating for a short period, it seemed that both of them already had the vision to move their relationship into a more serious phase.

“I wasn’t nervous about meeting her parents, but the truth is that there is a language barrier, obviously,” told After We Collided actor to Insider. “Her mother speaks a very tiny bit of English, and I am not proficient in Hungarian. I’m trying, but learning is an overstatement.” But, awe, Dylan is such a very sweet guy, isn’t he?

One of their most memorable moments together was when they came up as anime characters for Halloween in 2018. Barbara dressed up as Gaara from Naruto and Dylan as Future Trunks from Dragon Ball Z. Now, we can see what Barbara meant by having the same taste of humor and the same interests.

However, this couple wasn’t all goofballs and funny costumes. Dylan Sprouse and his girlfriend also attended several red carpet events, such as the New York Fashion Week in September 2018 and Barbara’s Victoria’s Secret promotion in March 2019. Dylan showed his love by coming to Barbara’s VS show. We can see some of the clips of Dylan cheering for his lovely girlfriend from the audience seat.

Not only came there to support Barbara, but Dylan also brought a Shake Shack burger. Later, Barbara uploaded to Instagram with the caption, “better than burgers.” They continued to be the funniest couple we’ve ever known.

Many of you must be wondering how they meet in this very place? The story was quite funny.

It all started when Barbara followed him on Instagram. Then, after Dylan followed her back, he slid into her DM right away.

“I was like, ‘Hey, I don’t know if you’re in New York for very long, but we should hang out if you want to. Here’s my number.” Dylan got no chill.

But, he then said that Barbara didn’t reply to his DM until six months later. And even though Dylan was disappointed, at least he gave it a shot.

“I took my time because I knew I wasn’t in a good mindset at that time, and maybe deep inside, I knew that it could be something more,” recalled Barbara in her interviews. Well, it was clear that even though she didn’t reply right away, she already had a hunch that both of them would develop something serious shortly.

Dylan wasn’t the only one who did the chasing. Barbara revealed that she even flew to China right away after knowing that Dylan was filming there.

“I flew to China to see him after talking for three months. I was supposed to work in China, and then they canceled the job, and I was like, ‘Do you think it’s crazy that I still want to go and see you because I was so excited?” So from that moment, they both already knew that they loved each other, and the rest is history.

Barbara used to have difficulties forming a genuine relationship in the States due to the language barrier. She came from Hungary and had quite a different culture. But, she said that wasn’t the problem with Dylan because he made everything feel “easy” for her.

“We had the same interests, and jokes were hitting at the right spot, and he didn’t think I was disgusting or anything.” LOL, aren’t they the funniest couple ever?

Quarantine time made it easier for them to spend more time together. They decided to move to New York City right after they became a couple. Two years after that, they moved to Los Angeles. The process of them choosing and building their house can be seen in the mini-series they uploaded on Instagram.

Despite Barbara’s busy life being a Victoria’s Secret Model and Dylan continuing filming, it didn’t stop them from spending as much time as they possibly could. But, the couple hasn’t thought about getting married or having children yet. They seem to want to enjoy things and their work, also not to rush things. Looking at how their relationship went up to this point, we have high hopes for them.

Barbara isn’t the first girlfriend that Dylan seemed to be serious with. Dylan used to date another model, Dayna Frazer, for three years. But, when we look at Dylan and Dayna’s pictures, the two seem to be a perfect couple. So, what made them decide to break up?

The two started their romance in February 2014, and they have been working together since then. Although the two tried their best to keep the details of their relationship private, Dayna couldn’t help but share the reason for their breakup with the media. And looking at Dayna’s answers, things weren’t going that good back then.

Dayna revealed that Dylan being unfaithful was the reason why they were no longer together. Dayna didn’t stop there; she also uploaded an Instagram story that captured her crying with her thumbs up with her writing, “When you find out your bf cheated on you lol.” What?! That was a direct accusation right there.

Dylan didn’t stay silent. He also addressed this issue on his Twitter account, saying, “I will say this and only this: by adhering to an assumption based on limited information, you neglect the complicated nature of this issue.”

He then continued, “This is complicated, and it will remain complicated, but those who know me and who have known me know well enough what kind of a person I am. And that is all.” So, we got two different stories here. And while Dayna directly accused him of things that he did, Dylan didn’t do the same and didn’t point fingers back at his ex-girlfriend.

The truth of these two-sided stories didn’t get its closure until Dylan started a new relationship with Barbara in 2018. However, this doesn’t make Dayna’s accusation of him become 100% true. Both of them decided to put this problem aside and move on with their lives.

The next girl on the list is rather surprising: Miley Cyrus. Yes, our one and only queen. But, Dylan and Miley’s relationship wasn’t that serious. In fact, the two only dated for one day! LOL.

Dylan opened up about this shocking revelation when he was a guest in Jimmy Kimmel Live, and we couldn’t look at him the same since then.

“We met on her set, I believe, and we dated,” he proudly said. “And then Nick Jonas walked by, and it was over!” Well, we couldn’t blame him. I mean, it’s Nick Jonas, after all.

Well, they were still little kids anyway. Dylan was around eleven years old back then, so a serious relationship was just not their priority at all. And at that time, they still climbed their way in the entertainment industry. But, Dylan and Miley’s relationship is still worth mentioning. Am I right, or am I right?

Not only Miley, but Dylan was also reportedly dating Kathleen Herles for a very short period in 2010. Kathleen is famous for voicing Dora in Dora the Explorer. However, we can’t know much about their relationships. Some media stated it was only a rumor. Still, others declared that they were official but couldn’t mention how long they were together.

Either way, Dylan never mentioned Kathleen, whether in his interview or all of his social media, so it’s hard to know the truth.