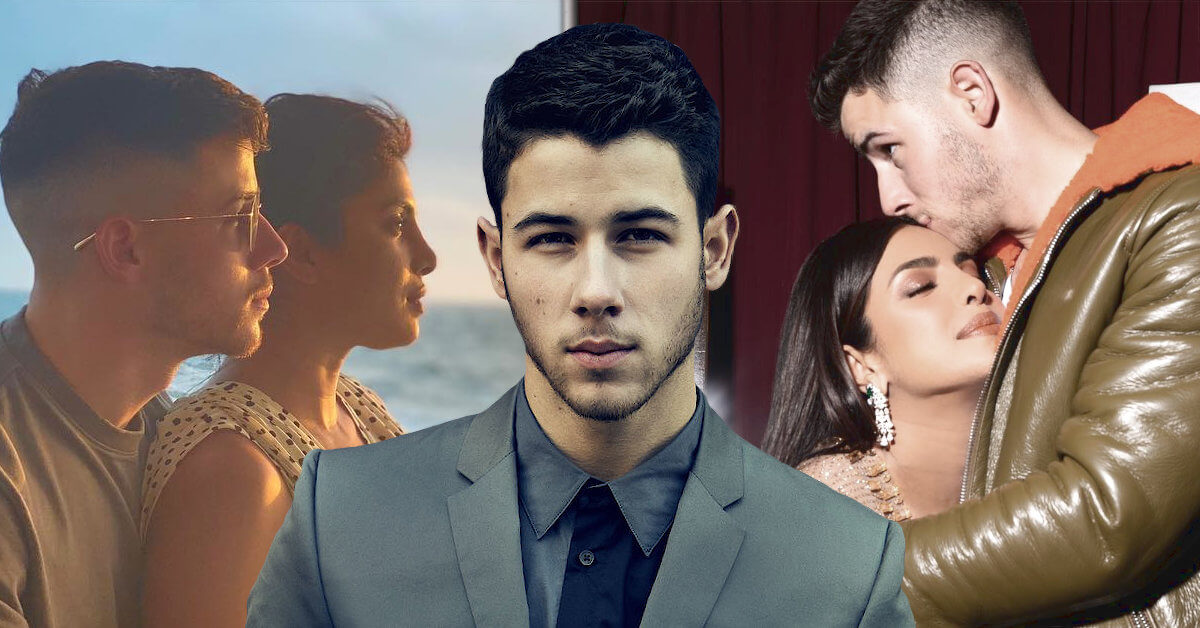 He is a prominent man known for his acting, singer, and philanthropist abilities. Nick Jonas’s career began when he was on Broadway before making a band with his brothers, Kevin and Joe Jonas.

Does Nick Jonas Have a Wife?

Nick’s life as a celebrity is packed with romantic affairs and exciting stories, waiting to be read by the curious audience.

From his story with Miley Cyrus and Selena Gomez to his casual relationship with other girls, he has plenty of experiences for sure. He finally decided solemnly to focus on one girl, and Nick’s journey is our focus today.

Nick Jonas’s romantic affairs are arguably one’s that the fans were dying to know. After several experiences with some woman, his resolution to marry his wife Priyanka Chopra brought commotion to the internet.

It all started in 2016 when Nick reportedly “casually” drifted into Priyanka’s direct message on Twitter. Nick was starstruck by how he saw Priyanka in her role at ABC’s thriller series, Quantico.

The conversation rolled down since then, with Priyanka asking that they both meet in person. Priyanka then gave her number to Nick so that her film team couldn’t read what was discussed by both. Slowly, they began to meet in person, their first recorded meeting in September 2016.

Nick then proceeds to meet in Priyanka’s apartment. Interestingly, when Nick first met with Priyanka at her apartment, Priyanka’s mother, Madhu, was in the apartment. Nick tried to be as polite as possible.

There were no misdemeanor activities, but Nick gave Priyanka a back tap which Priyanka was shocked by action as stated by Vogue. She hinted that she possibly wanted more than just a back tap—quite a bold move when your mother is in the house.

Nick and Priyanka didn’t see each other before seeing each other at the 2017 Met Gala. At that distinguished event, the then-couple stated that they were just friends. The journalists and paparazzi arrived and took their honest opinion, not knowing that both were already in contact for more than a year.

Seemingly noticing the absence of each other so badly, they started to show the world that they were an item. From inviting Priyanka to a live movie performance, to watching a local baseball team, LA Dodgers, before Nick chose to make Priyanka his official lover.

Brides stated in their article that the words regarding Priyanka and Nick’s relationship began to roam when they came into his cousin’s wedding in New Jersey. Nick finally decided that Priyanka would be his wife, following his countless meetings with Priyanka.

It was a hope for a man to propose to the girl he likes the most in the most adorable and, if he can, lavishly as possible. That was what Nick does with Priyanka.

Tiffany & Co. is one of the best jewelry makers globally, with one of its stores located in London. The place itself doesn’t put any special remarks; what makes it unique was when Nick Jonas ultimately made them cease their activity on one day. Nick and his brothers came to London and picked a luxurious wedding ring for Priyanka.

The marriage offer in Crete with Priyanka was dumbfounded, never expecting that it would be the happiest day for her and Nick. Priyanka thought that she had come to Crete for her birthday party and just the next day, Nick proposed to Priyanka. It anxiously took 45 seconds for Priyanka to say yes.

Well, Priyanka hasn’t said a word of approval; Nick abruptly put the ring to her hand. From Priyanka’s perspective, she was just speechless, as she mentioned in Vogue.

The wedding itself was nothing but extravagant. The couple held three-day wedding ceremonies around Rajasthan, culminating in a Umaid Bhawan Palace at Jodhpur. The couple chose that there will be two main ceremonies.

The first ceremony focused on Christian tradition, as Nick’s father adjudicated the ceremony. Following the ceremony, the Hindu wedding tradition happened on the next day. The couple attended several traditional events, such as Puja, Mehndi, and Sangeet.

Nick and Priyanka made their receptions for another six ceremonies, with the two held in India and the last four at Jonas’ family restaurant in North Carolina. They proceeded with a honeymoon in the Caribbean before announcing their first child in January 2022 via surrogacy.

The couple didn’t share the news about the child’s gender, but a source for People said that their newborn was a girl. A story from their marriage is that Nick wanted as many kids as possible with Priyanka and stated that they are blessed enough with their journey so far.

Priyanka Chopra was born in a prestigious family at Jharkhand. His father, Ashok, was a physician, serving in the Indian Army. Unfortunately for Priyanka, her father passed away because of cancer. He fought from 2008 until his last moment in 2013. Her mother, a gynecologist, gave her medical practice when Priyanka started her career as an actress.

She played in over 50 movies and music videos. She also created several songs in her astonishing CVs and wrote several articles. She also won several awards, with the penultimate was when she won five Filmfare Awards and a National Film Awards.

The government of India and Times remarked on her achievements with both commemorating her with “Padma Shri” and “The 100 Most Influential People in the World,” respectively.

Priyanka’s career began when she followed her aunt to the United States of America at thirteen years old. Staying in several cities, Priyanka and her aunt settled in Newton, and while she was in the States, she tasted firsthand about R&B and hip-hop. Priyanka’s experiences in the States were nothing but drawbacks. Not only did she need to move around with her aunt, but she also faced racial discrimination while attending high school.

After staying in the USA for most teenage days, she returned to India. Priyanka’s mother, Madhu, was stunned when she picked Priyanka up at the airport. She stated that she never expected her daughter to be such a beauty in an interview with the couple.

Madhu’s amazement didn’t take long before she tried to put Priyanka’s photo to the Miss India contest audition, from which she received help from her son and Priyanka’s younger brother, Siddarth.

After she competed in the Miss India contest, she managed to win second place. Her perseverance paid off when she won Miss World 200 in London. Priyanka’s career began to rise after she won the competition, in which she released a music video featuring will.i.am called “In My City.” Priyanka finally felt the love from the audience when she played in Quantico, an ABC thriller series.

Priyanka’s rising career continues, and then that private message from an admiring American singer on her Twitter account changed her entire life. The rest, as fans said, is history for Nick and Priyanka.

As we mentioned before, Nicholas “Nick” Jonas was famous because of his opulent wedding and his career. Believe us when we said this, it seems like Nick was born to be an artist.

His career started on Broadway before he chose to work as a member of his band, Jonas Brothers, alongside his older brother, Kevin and Joseph Jonas. At that time, he thought he would make his career solo as a singer before his father and older brother stepped in, helping him in his course.

Jonas Brothers’ journey as a band took several turns before the general audience slowly recognized them. Jonas Brothers’ debut in 2006 changed the life of its members thoroughly, with their names making an uproar, especially for teenage girls.

That same year, they switched labels to Hollywood Label, which offered them a view on Hollywood fame and lifestyle. They played in several cameos inside Disney with their new brand and even had their movies and series.

Nick’s stories as a lone artist began when Jonas Brothers were disbanded, with their members choosing to work on different projects. Nick made his own band, Nick Jonas and The Administration, but it didn’t last long before the band also split up. After the split-up, he made his song while also working as an actor.

His song “Jealous” was arguably his successful single since Nick chose to work as a solo singer. He also appeared in Jumanji: Welcome to the Jungle, a film that managed to rank fifth on gross earnings on New Years’ Day 2018, obtaining an astonishing $50.051.364, as mentioned in The Numbers.

Nick Jonas’s romantic journey is also fascinating to read. Nick’s first date was when he was 13 years old, with Miley, also the same age. He and Miley lasted for two years, then split in 2007.

Nick then dated Selena Gomez for a year, from 2008 until 2009, as reported by Republic World. Selena mentioned that she and Miley were head over heels for Nick, and they were in for a love triangle between them. Selena broke up with Nick just a few months after they started dating.

Nick had a couple of dalliances with Kate Hudson and Georgia Fowler. His most prolonged “lover” was when he was dating Olivia Culpo. The singer dated Olivia for two years before both went separate ways. His song “Jealous” was dedicated to Olivia’s ex, who wouldn’t give up his love for Olivia.