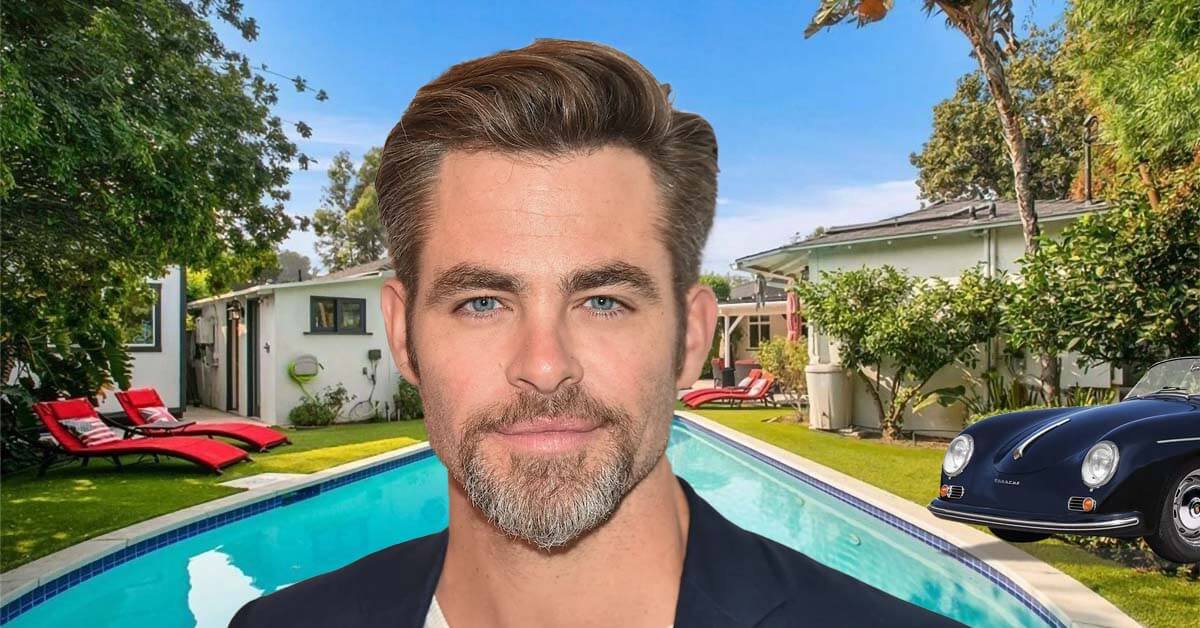 One of the many Chrises in Hollywood, Chris Pine, is just as handsome and wealthy as the rest! He started acting in the Disney movie The Princess Diaries 2: Royal Engagement and later found fame through the Star Trek franchise.

How Much is Chris Pine’s Net Worth?

With nearly two decades of his acting career, Chris Pine has managed to amass a stunning net worth of $35 million!

This amount is attributed to his successes in starring in the Star Trek franchise, Jack Ryan: Shadow Recruit, and his latest hit, the Wonder Woman movies.

How Long Has Chris Pine Been Acting?

Chris Pine began his acting career with several brief appearances in the TV series ER, The Guardian, and CSI: Miami in 2003. He later made his movie debut with the Disney movie The Princess Diaries 2: Royal Engagement.

In 2010, he starred in the action movie Unstoppable alongside Denzel Washington.

Chris Pine reprised his role as Captain Kirk in Star Trek Into Darkness in 2013. A year later, he portrayed the infamous CIA analyst Jack Ryan in the movie adaptation of Jack Ryan: Shadow Recruit.

In 2016 he reprised his role as Captain James Kirk in Star Trek Beyond.

A year later, Chris co-starred in Wonder Woman alongside Gal Gadot, portraying the role of Steve Trevor, a pilot and love interest of Wonder Woman.

Besides his past projects, Chris Pine is set to star in the movie adaptation of the video game Dungeons & Dragons: Honor Among Thieves.

Where Does Chris Pine Live?

In 2010, shortly after earning his career breakthrough, Chris Pine purchased a home in Los Feliz, California. Besides a 2,220-square-foot wide living area, the house stands atop a whopping 61,490-square-foot land, which is a perfect getaway from the buzzing outside world! The property cost him $3.1 million and was equipped with a swimming pool, spa, and wine cellar.

The Mediterranean-style estate was built in 1948 and has undergone several renovation projects. Chris Pine was reported to buy the house from the professional skateboarder and fellow actor Jason Lee.

Chris Pine also owns a $1.4 million bungalow in Valley Village, California, which he bought in 2021. The 1,800-square-foot house stood atop more than 9,000-square-foot land and was said to be purchased for one of his family members. This means that Chris Pine will stay loyal to his Los Feliz abode and has no plans to move out soon!

What Car Does Chris Pine Drive?

Chris Pine may have a very concerning personal fashion taste, but his taste in cars is undebatable. As a sucker for classics, Chris owns a Porsche 356 Speedster which he regularly drives, even for a simple coffee run! The car is estimated to cost Chris somewhere between $75,000 to $159,495.

Does Chris Pine Have A Timepieces Collection?

Despite his questionable clothing choices, at least Chris Pine chooses the suitable watches to add to his collection! In the early days of his career, Chris was often seen sporting a Timex Chronograph Compass.

After he had established himself as one of the household names in Hollywood, the actor purchased a Rolex Submariner and a Rolex Day-Date, to name some. Besides Rolex, Chris Pine also owns Baume & Mercier Capeland.

How Much Does Chris Pine Earn?

For his role in Unstoppable, Chris Pine earned $3 million, which was a relatively high amount for a rookie actor like him. Chris also reported earning $4 million for his role in Jack Ryan: Shadow Recruit.

Chris Pine made $5 million and an additional $1 million backend bonus for his role in This Means War.

In 2018, Chris was initially set to reprise his role as Captain James Kirk in the fourth installment of the Star Trek franchise. However, the project was postponed due to the pay negotiations falling through.

In 2017, Chris Pine starred in Wonder Woman and earned a whopping $4 million, a stark contrast to the lead character Gal Gadot, who reportedly only made $300,000 as a base salary.

In early 2022, the studio announced the plan to start the production of the fourth movie, which means another pay negotiation with Chris Pine, or re-casting the role of Captain Kirk all over again. Chris Pine reportedly expected at least a $10 million payment for the play!

For his upcoming project Dungeons & Dragons: Honor Among Thieves, Chris Pine will be entitled to an $11.5 million paycheck.

Chris Pine is one of the highest-paid actors in Hollywood, with an estimated net worth of $35 million. He has starred in several high-earning films, including Wonder Woman, Star Trek, and Jack Ryan: Shadow Recruit. His income from acting roles and associated back-end deals has allowed him to amass a sizable fortune.