Is Robin Lord Taylor Married? Who is his Husband? The truth about his love life 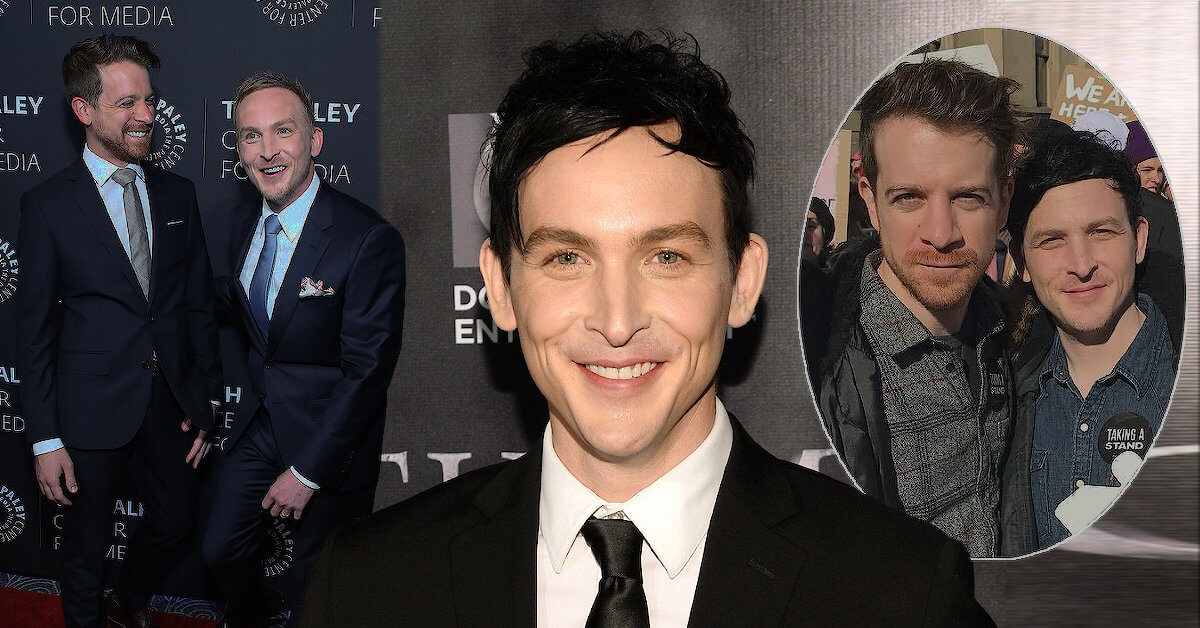 If you are into a hot, mysterious, and reserved kind of guy, you must’ve liked Robin Lord Taylor. His deep blue eyes and his lack of interest in cheesy gossip will make you instantly love him.

Robin is best known for his role in Gotham as Oswald Cobblepot and his newest appearance in the TV series You alongside Penn Badgley. The latest news from him that you might’ve heard before was getting homophobic comments from people after he married his husband.

So how does he overcome all of that, and how’s his relationship journey? So we will dive into that right away!

Does Robin Lord Taylor Have a Girlfriend?

Before Robin appeared in Gotham, he already got several roles in big-hit TV series like The Walking Dead and Law & Order. Of course, it’s impossible if you’ve never heard of both of those shows.

However, he only had minor roles in them. Still, his early start of pursuing a career in acting was a big step for him. Some other movies he played are Would You Rather, John Wick: Chapter 3 – Parabellum, The Mandela Effect, Step Up 3, Accepted, and Lost & Found.

Robin was not only an actor but also a director. Having proven his talent in all of his works, he started to gain more recognition from his fans and film critics. He won a Platinum Award as Best Supporting Actor for Lost & Found. In addition, the new York International Film Awards nominated him for Lost & Found.

In addition to acting, he is also an LGBTQ community advocate. He has a lot of interesting stories that happen in his life, especially about his love life.

In this article, we will be surprised at what Jason has been going through after discovering that he was a guy. Yep, that’s a fact for a starter. He doesn’t have a girlfriend, but he is married! His husband is Richard Dibella.

Got a Lot of Hate Comments after Revealing His Husband

Apart from his career, though, he has been through a tough situation. Especially after he got married to Richard “Dickey” Dibella on June 18, 2011, their wedding took place in Shueyville, Iowa. As soon as Iowa legalized gay marriage, they didn’t want to waste any time.

Well, that makes sense because this pair has been together even eight years before they tied the knot! They had been waiting for this chance since forever.

Richard Dibella is a production designer. Like Robin, Richard likes to keep his life low-key and away from the media as best as possible. That’s why it’s difficult to find out more about Richard’s life, other than his job and his husband.

While the two had been together for a very long time, Robin and Richard had always been a private couple. They were hardly seen together in public events either. There are some of their pictures wearing formal suits attending some events together, but not much. The two seem pretty comfortable embracing each other in silence and complete privacy.

However, they somehow wanted to make their marriage news an exception. Robin didn’t disclose publicly right after his wedding, though. He said to Glamour in 2014 that he was married since he was seen wearing a wedding ring. He didn’t even disclose who he is married to and didn’t even mention that it was his husband, not a wife.

People were very curious at that moment until he was finally ready to be opened on his Instagram and Twitter in 2016. Robin revealed that he’s married to Richard, but the reaction he got was probably far from his expectation.

He announced his marriage on his Twitter and Instagram, posting pics of his hands and his husbands’ rings on both of their ring fingers.

“Five years ago today, I married the greatest man I’ve ever met. We are proud and unafraid. #LoveIsLove.”

The tweet that almost reached five thousand likes, more than a thousand retweets, and two thousand comments have various responses.

Some people seemed to support him and showed some love, but there were always people who spread hate comments and resentment. While we might not see some hateful comments on Twitter, it was devastatingly harsher on Instagram.

Reading all of those comments, Robin then made another tweet about Homophobia not long after he posted his anniversary picture. “When I posted about my anniversary on Instagram, I was called a ‘f**got’ and a ‘gay b*stard.’ Homophobia is real and deadly. #LoveIsLove.”

He also added another tweet, saying that he felt “helpless and sad” to live in such a hateful community.  Maybe that’s the reason why he always wanted to keep his personal life private?

On Becoming More Open about His Personal Life

When we look on his Instagram and Twitter, he talked more about his movies. He worked rather than his personal life, let alone his marriage’s details. Yet, people were once shocked knowing that he even posted his fifth anniversary.

After Robin came out publicly, he became more open and confident to share his moments with his husband, especially on his Instagram.

He posted lots of photos together with his husband. From having vacation together to cooking at home. How could anyone give this adorable couple any hate comments, right?!

But, it seems like Robin no longer wants to deal with people’s comments about his life. So, he turns off the comment section in all of his posts. His picture with Richard and when he took a selfie of himself and even his posts about the film that he’s playing. Well, I guess the hate comments did hurt him so much.

Nevertheless, he kept pushing himself to always be brave in expressing his true self.  Apart from showing his full support for the LGBTQ+ community, he also concerns the Black Lives Matter movement and spreading a campaign to stop Asian Hate.

What become people’s favorite and got the most likes on his profile is his picture with Richard posing together and carrying a sign, “Hate cannot drive out hate.” Robin wrote a heartwarming caption for that photo that goes, “Happy Valentine’s Day, from me and mine.”

The two seem even more in love as time goes by. When people are already in a relationship for a long time, their passion for each other faded. But, this couple is far from the ordinary. And even though they kept the details of their relationship private, they still show their love through pictures.

However, their moments together aren’t only shared on their social media. The two become more and more often to appear in public. One of the events they attended together was A Gala Tribute to LGBTQ at The Ziegfeld Ballroom last 2019. The event was held in New York City.

The two looked stunning with their black tuxedo. Robin wore a blue tie, and Richard was wearing a grey tie. In the picture, they looked happy and shared smiles. They looked so happy and comfortable with each other. Not to mention how Richard’s eyes sparkled while looking at Robin, looking unready to take pictures.

Jason and Richard’s Perspective on Having Kids

So, after being together for a long time and had been legally married, do they want to have children soon?

It doesn’t seem like they plan to have any soon. In his latest interview with Gamour, he didn’t explicitly say that he and Richard don’t want to have kids, but they just haven’t had it at that moment.

“I am married! I like to keep it private, but I’ve been married for over three years, and we’ve been together for 10,5 years. No kids yet!”

Both Robin and Richard focus more on their careers rather than adding a new family member to their already-happy-married life. Also, this couple has been busy joining some activities to support the LGBTQ community. This pair will continue to fight for people to be free to choose who to love. And of course, we love that!

However, when Robin was asked about his perception of doing a gay character in the movie, he answered that the least he knows about the character, the better.

“It’s more than as a character actor. The less I reveal about myself, the better. My favorite actors are the ones I know the least about.” Robin told Slate in 2015. Does it mean that at that time, he wasn’t that comfortable showing people who he is? He indeed got hate comments and negative responses when he was opened about his sexuality, so no wonder.

Shortly, it seems like Robin and Richard will stay to be advocates for the LGBTQ community and embracing each other’s company without having any kids.

They also continue to focus on their career. Whatever that these pairs decide to do in their lives, they still inspire us with their love and bravery, so way to go for the cutest gay couple ever!