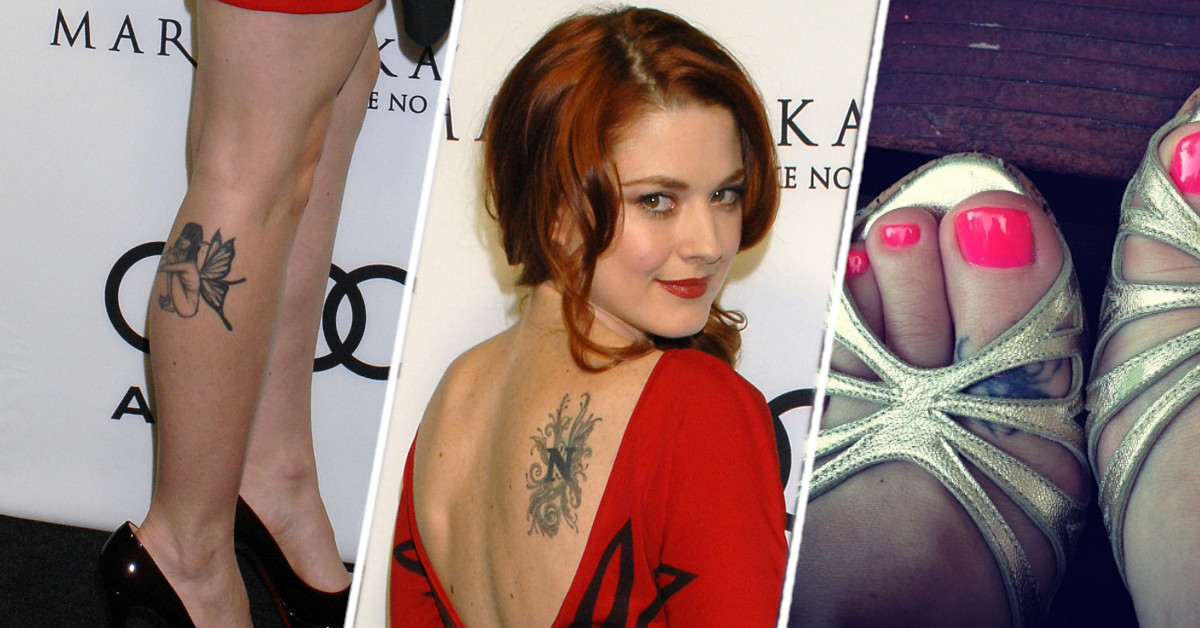 Alexandra Breckenridge is an American actress, photographer and voice artist born on 15th May 1982. She started with smaller roles in movies and guest-starring on various TV shows. She is best known for her role as Melinda “Mel” Monroe on series Virgin River.

Moreover, she has had also several voice roles on the animated television series Family Guy. Furthermore, she has acted in numerous TV series including True Blood, The Walking Dead, American Dad!, Pure Genius and This Is Us.

The actress loves herself some ink, and over the years. The number of tattoos Alexandra has is surprisingly hard to count, as especially since becoming a mother, she’s showing them off less and less.

The Virgin River actress has fairy tattoo on her back, but she’s since covered it up with the letter N. The tattoo is made in the way the markings are made on a map signifying north.

Breckenridge has a swirling black ink tattoo on her shoulder.

She has a tattoo of a male fairy sitting on Alexandra’s right calf.

Spider Tattoo on her toe

Small crown tattoo on her forearm