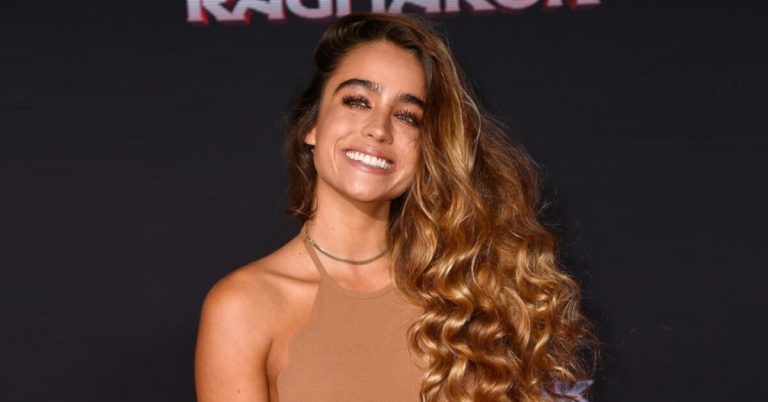 Who is Sommer Ray?

Sommer Ray was born on 15th September 1996 in Denver, Colorado, United States. Her mother “Shannon Ray” was also a fitness model and her father was a bodybuilder but he passed away a few years back. Ray has been a student of a local high school in Denver which she attended along with her three siblings. She has an older sister named Savana, a younger sister called Skylyn, and a younger brother called Bronson. Currently, her area of residence is in Los Angeles, California.

Sommer Ray has an incredibly fit body. Her sexy body measurements is 34-24-38 inches which include her breast, waist, and hips sizes respectively. Besides these, she has a height of 5 feet 6 inches (167 cm) and weighs around 55 Kg. The color of Sommer Ray’s hair is dark brown and has a pair of beautiful hazel eyes.

How much is Sommer Ray’s Net Worth?

Sommer Ray has a net worth of around $8 million. She earns money from sponsorships, videos, endorsements, paid content fashion shows, modeling, etc.

The love life of a celebrity is always a subject of fans and media. She is still unmarried. Previously, she was in a relationship with hip-hop star Machine Gun Kelly. She also dated fellow influencer Taylor Holder in 2020. Earlier, she dated RiceGum but their relationship also was not able to last long.

Did Sommer Ray ever get plastic surgery?

The social media star credits hard work at the gym and a healthy lifestyle for her physique. She told to Forbes: “I’m really against plastic surgery and all that stuff.” She also posted a photo on her Instagram with a caption: “So tired of seeing girls get credit for their FAKE butts. Saying its ” Hard Work ” blah blah no it’s your plastic surgeons hard work. Be real.“