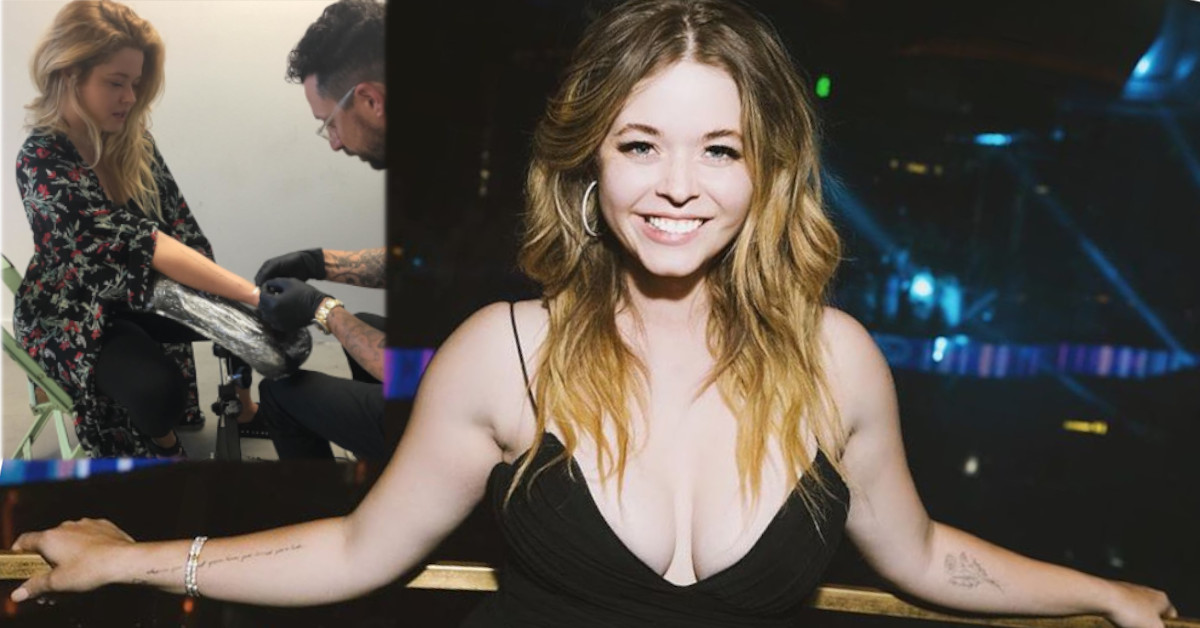 Sasha Pieterse was born on 17th February, 1996 to parents Zizi Pieterse and Sean Pieterse in Johannesburg, Gauteng, South Africa. She is an American vocalist, well-known actress, and songwriter.

She is best known for portraying the role of Alison DiLaurentis in the Freeform series Pretty Little Liars and its turn off Pretty Little Liars: The Perfectionists. She has also modeled in the Macy’s Passport Fashion Show and released four single songs.

Does Sasha Pieterse have tattoos?

Sasha got several tattoos on the different parts of her body, let’s explore them and their meanings.

Pretty Little Liars star has a tattoo of a cross on her ankle which represents her religious views.

Sasha has a tattoo of a flower with four stems tied together in a bow on her left forearm.

The actress has a tiny “XO” inked on her right wrist.

The letter a. tattoo on the side of her right ‘shh’ finger. After filming the final episode of Pretty Little Liars, six of the leading cast members got matching finger tattoos of their characters’ initials.

The a. represents her character, Alison DiLaurentis.

She has a tattoo of a Hanger with a heart-shaped hook.