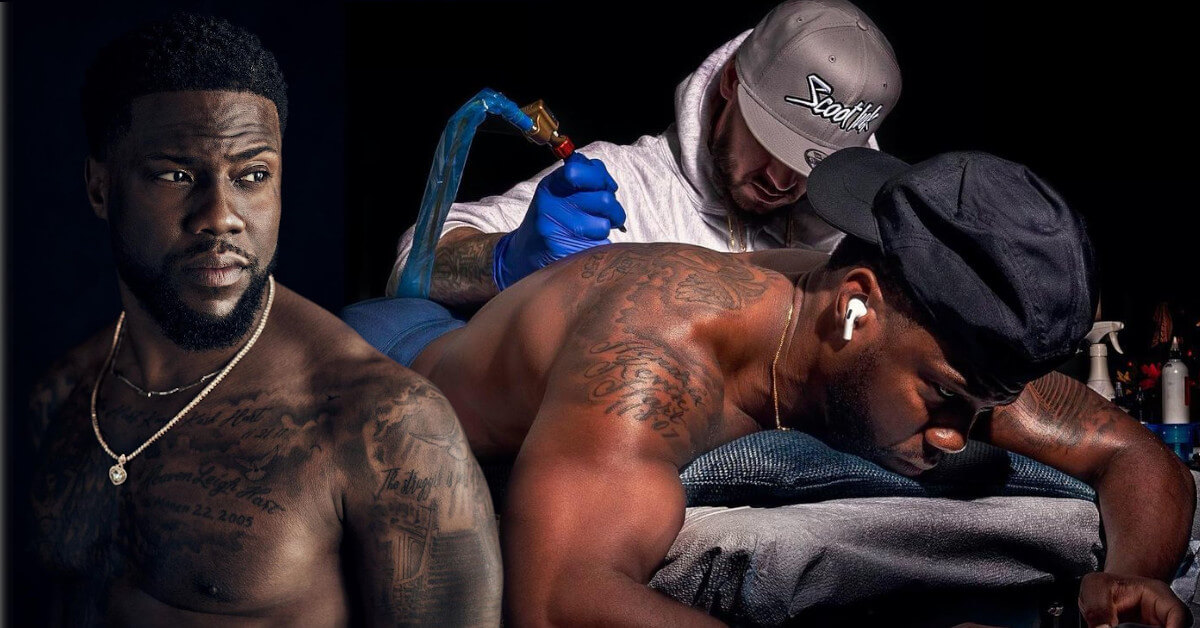 Kevin Hart is a household name in many countries, some of which he has visited on his numerous comedy tours. He has the outstanding ability to make you laugh easily.

Coming to his inks, Kevin Hart has now collected some pretty impressive inks on his chest, back, arm, and legs. Unlike many popular comedians, he has embraced tattoo collecting and has a number of visible pieces.

His tattoo collection includes the names of his four children on his right bicep and chest.

Back in 2020, the comedian took to Instagram to reveal that he’s in the process of getting new ink. New tattoos surround his chest and another one at the back, which Toronto-based tattoo artist Scoot Mason created.

In the photo, he is lying on his stomach a tattooer is chipping away at a piece on his back. “I’ve been tattooing for 10 years and no one gets six sessions in eight days,” Scoot says. “Kevin Hart is a MONSTER!“