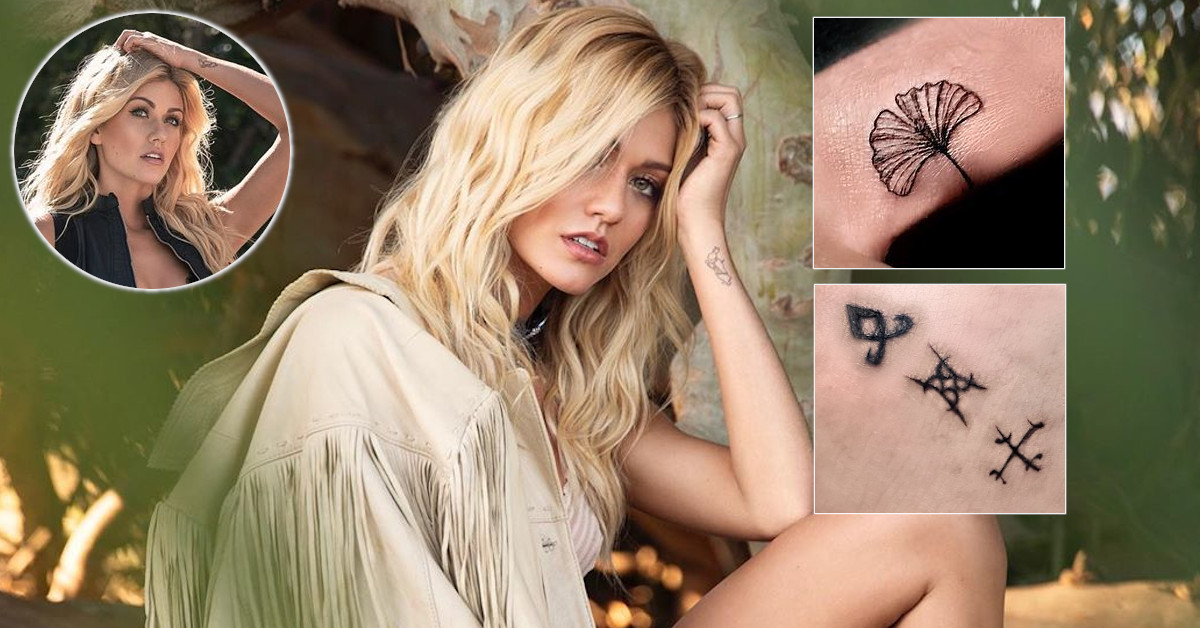 Katherine McNamara is an American actress, singer and dancer. She starred in the 2013 comedy competition and Sonia in Maze Runner films series.

She is best known for her lead role as Clary Fray on the fantasy series Shadowhunters, later she played a recurring role as Mia in CW’s Arrow.

Katherine has many interesting tattoos on her body. Let us explore those and their meanings.

“These trees were my great grandmother’s favorite and her love for them has been passed down through the women in my family.”

She has three runes on her ankle. Katherine and her Shadowhunters castmates got matching tattoos of the angel rune. The actress said “It’s a symbol of strength and means ‘blessing,’ and this show has meant all of those things to me.”

Word “muchly” inked on her right hand. She said that her mother, great aunts and grandmother always say “I love you Muchly“.

She has white rabbit silhouette inked on her left wrist.

The tattoo on her wrist is the attitude meter of a plane. She said “Its based on a necklace my grandfather gave me.“

Kat has symbol tattoo on her hip.

Katherine said that she has 10 tattoos, but we can’t find the last one. The actress didn’t say where other tattoo is.