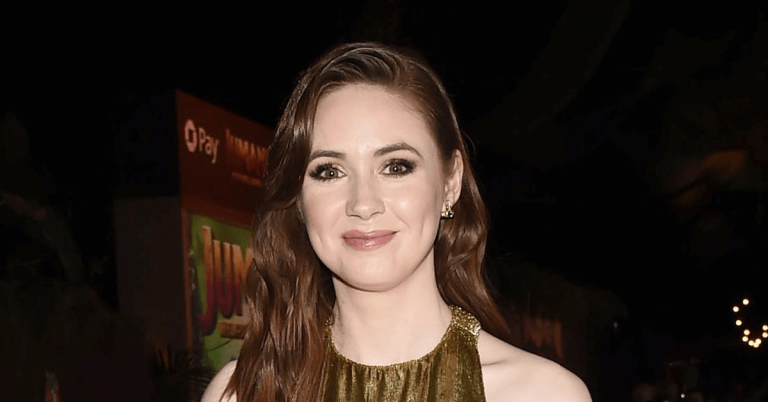 Who Is Karen Gillan?

Karen Gillan is a Scottish actress, director, voice actress and former model. She is known for her role as Amy Pond in the BBC One science fiction series, Doctor Who from 2010 to 2013. Before she started acting on television, she worked as a model, premiering at London’s Fashion Week in 2007.

She played Nebula in Marvel’s Guardians of the Galaxy films. Her other major films are Oculus, Jumanji:Welcome to the Jungle and Jumanji: The Next Level. Apart from movies, she also appeared in music videos and stage shows. In 2014, she worked in the music video Happy Idiot and Jumanji Jumanji.

Karen Sheila Gillan was born on 28 November 1987 in Inverness, Scotland. She is an only child of Marie and John Gillan. When the actress turned sixteen, she moved to Edinburgh, where she completed an HNC Acting course at Telford College. For further studies, Karen moved to London and did her graduation from Italia Conti Academy of Theatre Arts.

Jumanji: The Next Level (2019) Ruby Roundhouse

Jumanji Welcome to the Jungle (2017) Martha

Guardians of the Galaxy (2014) Nebula

Karen Gillan is an animal lover. She shared several photos of animals, but we don’t have enough information about her own pets. We will update this as soon as we find out more!

Did Karen Gillan ever get plastic surgery?

There have been RUMORS that she has probably had a rhinoplasty procedure.