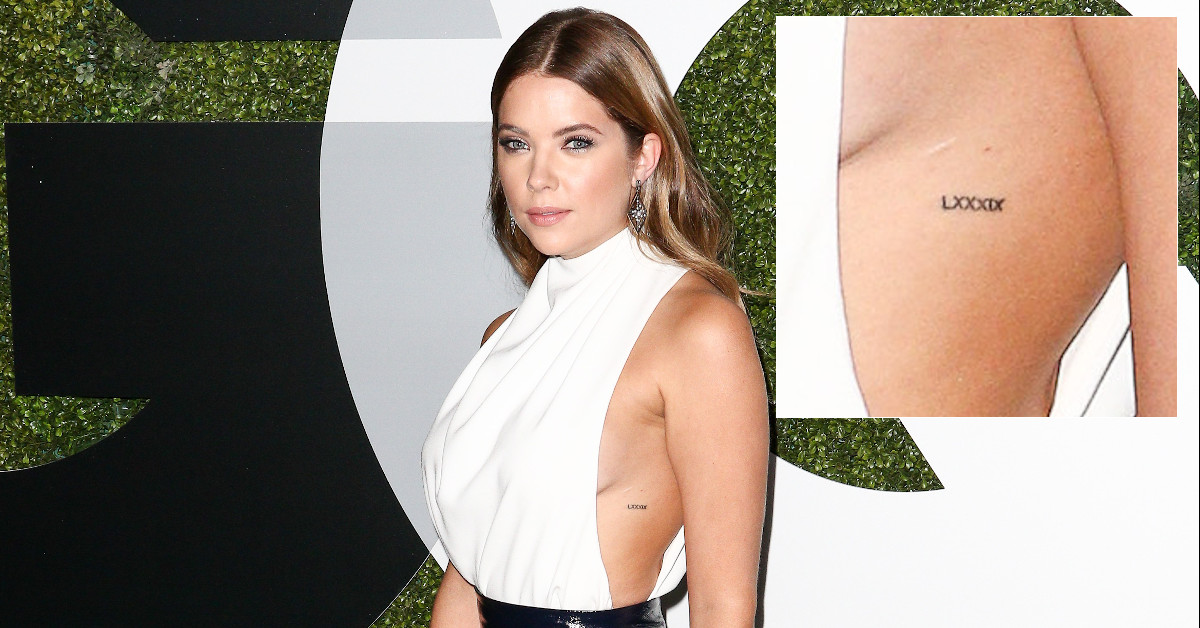 Ashley Benson was born on the 18 of December 1989, in Anaheim, Anaheim Hills, California, USA. She is an American actress, model, and dancer who is best known from her role of Hanna Marin in the American teen drama mystery-thriller television series, Pretty Little Liars and as Mia in Eastwick from 2009 to 2010.
Ashley has many interesting tattoos on her body. Let us take a look at the ones she has and the meanings they hold.

The tattoo says “CD” and fans think it stands for Cara Delevingne’s initials.

She has a tattoo of a smiley face on her right middle finger.

Tattoo of a Milkshake

She also has a realistic tattoo of a milkshake. This one of the largest tattoos that “Pretty Little Liars” actress has.

She has tiny number 3, the tattoo of a heart with the letters ny inside. Also, a tattoo that reads “Pommes Frites“.

She has a tattoo on the left side. The Roman Numerals, LXXXIX represent the number 89. ( Her birth year 1989).

The actress has a tiny heart tattooed on her right middle finger.

Words, “We’re all mad here” from her favorite book, Alice In Wonderland.

Benson got matching tattoo with “Pretty Little Liars” six members. H is her character, Hanna Marin in the show.

The actress got G tattoo on her left wrist in honor of Georgia (her friend), who suffers from a rare form of brain disorder, “smooth brain”.

Muggsy On Her Upper Arm

The word “muggsy” tattooed on her right bicep.

She has a tiny cross tattoo on her right wrist.

Ashley has a tiny tattoo which reads “squish“, was assumed to be a tribute to her ex girlfriend Cara Delevingne.