Who Is Sarah Hyland Boyfriend? Is She Dating Anyone? 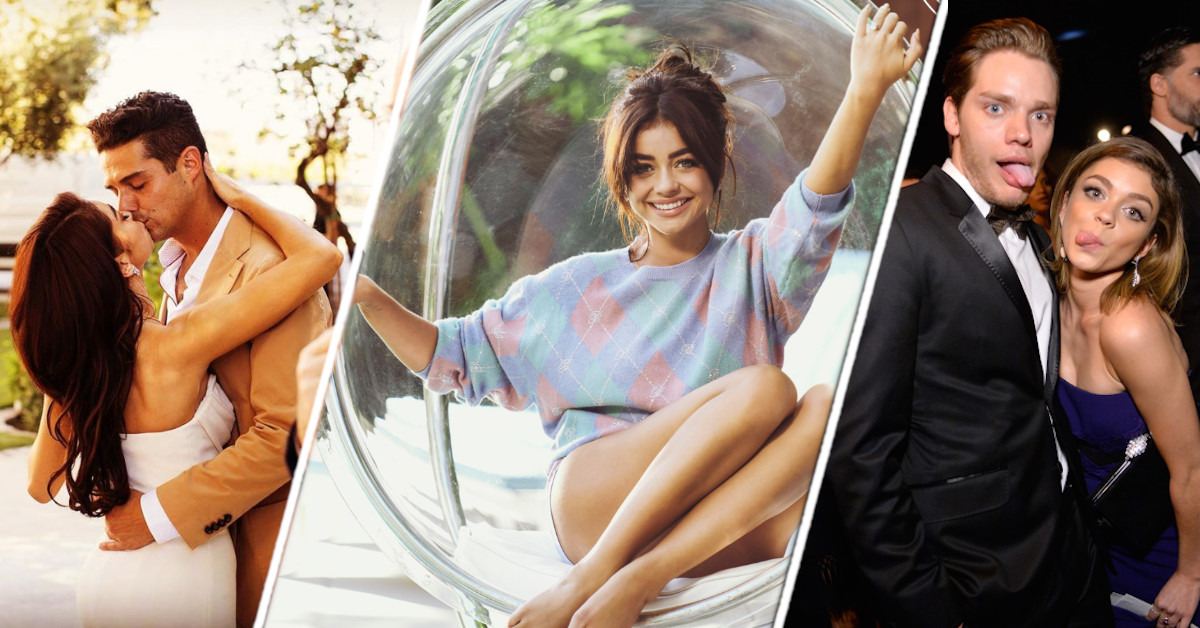 Sarah Hyland was born as Sarah Jane Hyland on November 24, 1990, in Manhattan, New York. She is an American actress best known for her performance as Haley Dunphy in the popular television series Modern Family.

Who Has Sarah Hyland Dated?

Sarah Hyland has had several high-profile relationships, including with co-stars Matt Prokop and Dominic Sherwood. However, she started dating Wells Adams in 2017.

Sarah Hyland started dating Bachelorette and Bachelor in Paradise star Wells Adams in October 2017. She told in an interview that the duo met when he messaged her on Twitter, telling her about his love for Modern Family, and asking to take her out for tacos the next time she was in Los Angeles.

The tweets led to their first date and by October they were already public. The young pair is definitely in love, and enjoy commenting on each other’s Instagram posts frequently.

The couple became engaged after Wells Adams proposed on what looked to be a tropical vacation in July 2019. Though Hyland and Adams hadn’t yet set a date when the COVID-19 pandemic hit.

Sarah Hyland Dated Boyfriend Matt Prokop For a While

Geek Charming costars Matt Prokop and Sarah Hyland split up in 2014 when Hyland procured a restraining order against Matt, after Hyland detailed claims of mental and physical abuse during their relationship.

Hyland and Dominic Sherwood first met when they co-starred in Vampire Academy back in 2014. They started dating in the winter of the same year. The duo went public with their relationship in March 2015.

According to Etonline, Hyland and Dominic Sherwood reportedly broke up after two years of dating.

American actor Max Ehrich and Hyland dated before she landed her breakout role on Modern Family.

The duo were photographed together at numerous red carpet events between September of 2007 and October of 2008. In October 2008, they called it quits.