Who is Sam Rockwell Girlfriend in 2023? Is He Married? 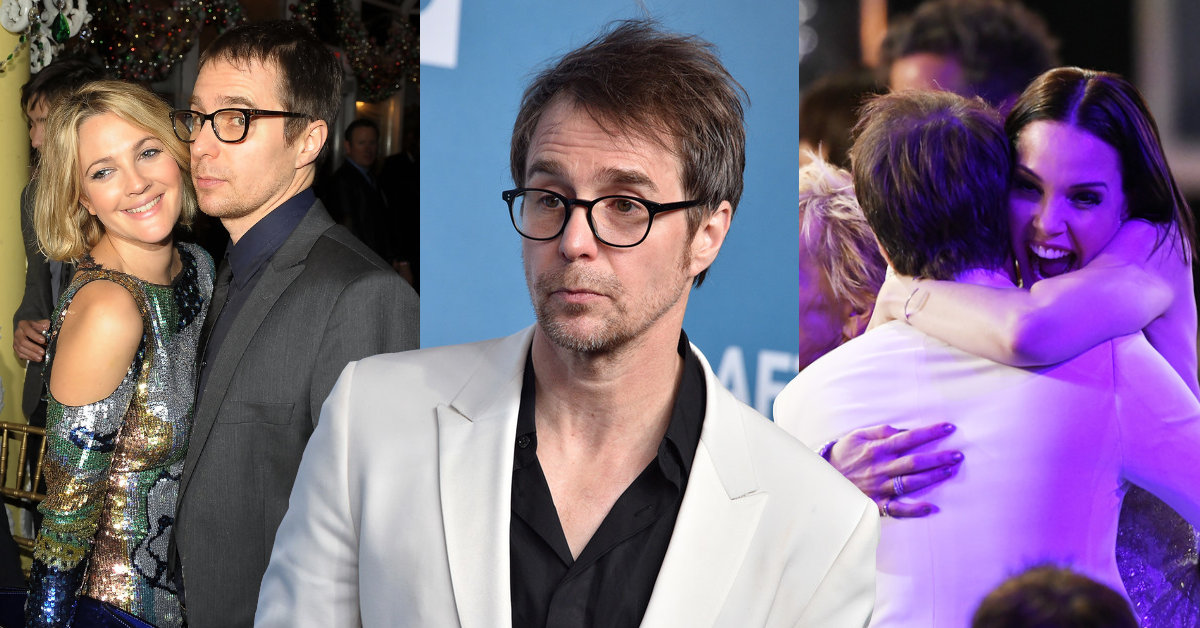 His remarkable and shining achievement in Hollywood is undoubtedly, but is it the same with his personal life? Is he currently in a relationship? Who did Sam date in the past?

Wonder no more, because we are going to disclose all the facts about Sam Rockwell’s girlfriend and dating history!

Sam Rockwell and Leslie Bibb first met in October 2007 at Chateau Marmont in West Hollywood. The two met in the hotel’s lobby, and then Sam took Leslie to the Getty Museum in Los Angeles. Still, in the same year of their first encounter, they began dating not long after that.

Leslie Bibb is an American actress that started her career in the late 1990s. She also snatched a lot of awards during her career but always kept her profile low-key.

There aren’t many rumors about her, but her long-term relationship with Sam Rockwell has always been interesting for her fans and the media, even though she hardly talks about her love life in her interviews.

There was one moment, though, in which Leslie disclosed that Sam Rockwell was the first celebrity she ever dated. She also added that it was a “love at first sight” kind of love, and she just knew that he’s the one. She didn’t know how to explain that.

She gave a little more detail about that first encounter: “He smiled at me, and I thought, ‘Oh no, what’s that?’ Sometimes you get stuck. And turned out Sam felt precisely the same way. Crazy, right?

And the relationship soon began right after that, and the two had been head over heels ever since. They attended many events together, and their pictures attending the red carpets’ event would always be their fans’ favorite. Though they didn’t hesitate to show some PDAs gesture in front of the media, they still looked pretty mature, and they have a power couple energy.

They also show their love for each other in their social media accounts. Some of the examples can be seen from Leslie’s post on her Instagram account in October 2015. Leslie posted an Instagram picture of her and Sam for their eighth anniversary with the caption: “I love you #samrockwell and I can’t wait for the next eight,” followed by hashtags #besthusbandever #heismyfavorite.

Talking about her Instagram caption, she states that Sam was her husband. The two haven’t gotten married. Their relationship already lasted for more than a decade, but they haven’t had their “I do” moment. They also don’t have a baby together. Another post on Leslie’s Instagram was when they spent their Thanksgiving together with Sam and her family.

On the other hand, from Sam’s side, he showed his love through one of his interviews with Us back in 2018, “She’s my beloved. She keeps me laughing and we take care of each other. She’s really talented and funny herself.”

Are They Expecting a Baby Soon?

Even though we are well aware that these two have been together for more than ten years and seemed like they both pretty much still enjoying each other’s company, many people cannot help but wonder: are they planning to have a baby together? Well, the answer is: less likely.

Sam once told the media back in 2007 about his view on having kids. He stated: “I definitely don’t want to become a parent.” Leslie Bibb shared Sam’s personal view. Even though Leslie never specifically talked or making any statement about that publicly. The couple still going strong for years indicates they already made a compromise for each other, or they do have many things in common.

We always have been curious about their secrets to maintaining a good, healthy, and long-lasting relationship. The factors mentioned above, such as a good sense of humor, might be a thing, but are there other ways worth mentioning? Turn out Sam and Leslie have a lot.

When Sam and Leslie were asked about their ways of maintaining a stable relationship, they answered it with their heads held high. They said they had their own “golden rule” when maintaining their relationship to last. From their interviews with US Weekly, they disclosed that their golden rule is to “have a two or three-week rule and we see each other.

Then you get too independent if it’s four weeks, five weeks”. So they had been maintaining their regular schedule to see each other despite their hectic schedule. Other than having the ability to laugh at each other and have a good sense of humor, the amount of them seeing each other also matters a lot, and both Sam and Leslie are well aware of that.

Some of their fans thought they should make their relationship “official” through a real marriage. But others disagree with this because if they already could maintain a relationship and comfortable with the state they are currently in, then whether they’re married or not isn’t a problem at all.

We Heard Nothing But Their Happy Moments Together

The pair had been in a very steady and long-lasting relationship. Hope they won’t end up like another celebs couple in Hollywood who cannot bear the pressure from the industry. Finger crossed for them!

Piper Perabo was Sam Rockwell’s girlfriend for a year, and they began dating in 2007. These two publicly confirmed their official relationship when they made an appearance together on the opening night of “King Lear” in New York City.

Piper Perabo herself is also an American actress who starred in various big hit movies and TV series such as “The Adventures of Rocky and Bullwinkie,” “Imagine Me & You,” and “Angel Has Fallen.” She also snatched a nomination in Golden Globe Awards for Best Actress.

Both Piper and Sam are a big name in Hollywood. They are also a powerful couple since they both had many winning and nominations from prestigious awards and made an appearance quite a lot in the movie industries.

Though they both seemed perfectly good together, their relationship didn’t last for long. They quickly called it quits after the relationship was only going on for a year. The reason for their breakup remained unknown. But the two had never been in a big fight or making a scene in the entertainment news.

Some media, especially both of their fans, presumed that their breakup was an amicable one. The two continue being good friends (even though they are happily paired with their partners; Piper Perabo is married to Stephen Kay and Sam Rockwell with Leslie Bibb).

Sam Rockwell and Drew Barrymore both starred in “Charlie’s Angels” and “Confessions of a Dangerous Mind.” But it isn’t obvious whether they met for the first time on Charlie’s Angel’s set or they have known each other before. Drew and Sam dated for less than a year, only 11 months to be precise.

Drew and Sam began dating in early January 2002 and called it quits still in the same year. When they were no longer together, they still had to costar in Charlie’s Angels film series and Confessions of a Dangerous Mind. They both kept it professional, and the news of them breaking up didn’t bother their fans.

In many of Drew’s interviews, she stated that she’s “too busy for relationship,” and she was just didn’t fit in for a conventional relationship. Drew had married three times, and none of them was a long-lasting one.

One of Drew’s ex-husbands, Tom Green, described his marriage with Drew as “part of that sort of crazy, whirlwind of a time,” That statement was confirmed by Drew, stating that there were a lot of things happening when they were married.

Though her marriage with Tom happened long after her relationship with Sam, some sources also stated that the situation was also a lot the same. Does this also the reason why they broke up?
There aren’t any specific sources that explain further the reason that made them went separated.