Who is Paddy Considine Wife? His Married Life And Children 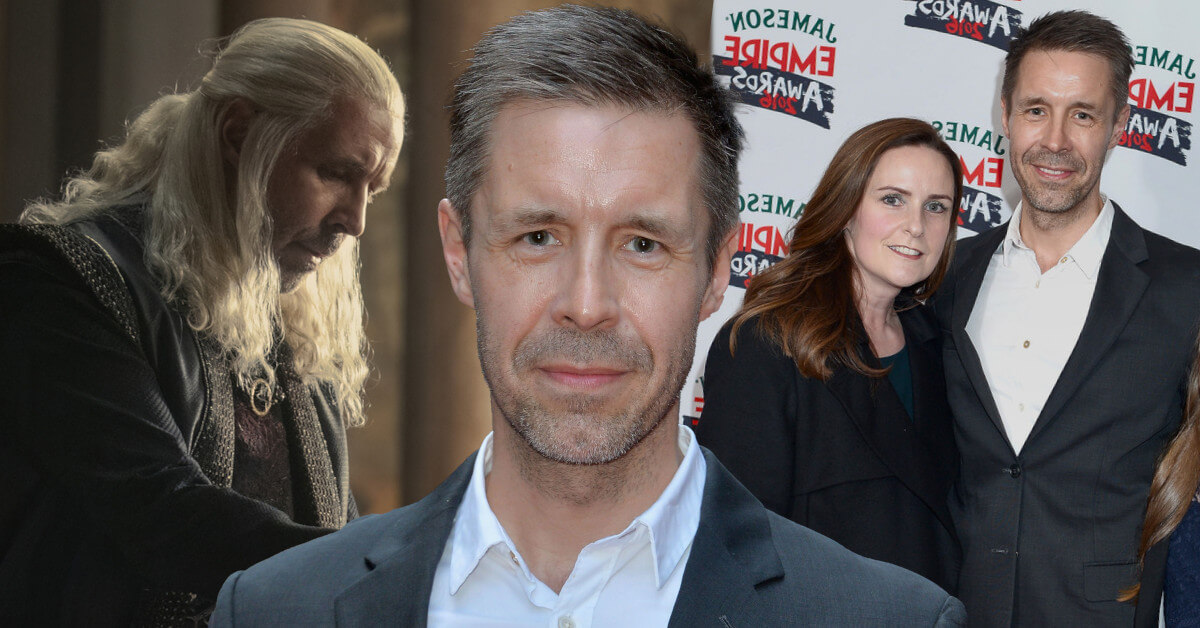 How many actors have the peak of their careers decades ago and are still famous now? Some names like George Clooney and Daniel Craig will probably come to your mind, but if you were asked to mention any names, you’d realize that it’s not that much.

However, the House of the Dragon’s star, Paddy Considine, is worth mentioning here. He peaked in the late 90s, yet he’s still adored by many women now.

Paddy is quite lowkey regarding his fame; he seems not to be obsessed with staying in the limelight. That is also reflected in his dating life.

Paddy Considine is like a fine wine; the older he gets, the better. It doesn’t only apply to his acting skills but also to the way he looks. By looking at his appearance in The Bourne Ultimatum, In America, and Peaky Blinders, who on earth could resist him?

And, of course, it’s not surprising that we want to know more about Paddy’s love life. For a handsome and charismatic guy like Paddy, he must’ve had an exciting love story.

We hate to break it to you, but Paddy’s romance was not as “chaotic” as we expected. Even though he could pull any woman he wanted, Paddy chose to stay loyal to one woman for as long as we can remember.

The girl we’ve been talking about is Shelley Insley. She is also an actress but stepped down from the entertainment industry since she entered motherhood. Everyone wants her married life with Paddy because they are the perfect example of a healthy and stable family.

According to some sources, Paddy Considine and Shelley Insley started dating when they were eighteen. Their romance was so stable that nothing could seem to shake them. What a fantastic relationship, indeed.

Although they began dating years ago, Paddy and Shelley walked down the aisle in 2001. They held a private wedding without any announcement or media that appeared there.

Their wedding ceremony wasn’t the only thing that Paddy and Shelley kept private. Despite two decades of being a husband and wife, their whole married life remained secretive. Even if we looked at Paddy’s Instagram page, we couldn’t find anything related to his married life.

It didn’t take long for them to welcome their first son, and two more children later followed. Until now, Paddy and Shelley shared three kids, and they seem to be the happiest couple that Hollywood has ever had.

There must’ve been many factors that make a relationship last. It can be loyalty, willingness to work things out from both parties, good communication skills, and many more. For Paddy and Shelley, it was the never-ending support for each other during their darkest times.

“She has supported me for the past 20 years without any other intentions. She is amazing, and I feel so fortunate to have met her,” said Paddy in his interview with The Telegraph.

One of the arduous periods in Paddy’s life was when he got a minor Asperger’s disorder. When Paddy struggled to find hope and motivation to do every day’s task, Shelley was there to give him endless support and presence.

So, is that the main thing that keeps Paddy and Shelley’s married life to stay strong until now? The answer to that is yes, but other things support it, including trust and good communication between them. After all, being parents of three while working in the entertainment industry has never been easy.

Paddy and Shelley’s Take on Parenting

As we’ve mentioned before, Paddy and Shelley are parents of three. Paddy and his family decided to reside in Burton upon Trent, where he was born. It’s a wise decision to live in a relatively quiet place so they can find peace while away from work.

At this point, we had agreed that Paddy and his wife are big fans of quiet life and privacy. Although we know they shared three children, Paddy only reveals the identity of his oldest son, Joseph Considine.

Being parents has always been Paddy’s utmost desire. However, keeping his family life as secretive as possible is how Paddy shows his love for his family.

So, is there anything that we can know about Paddy and Shelley’s life as parents? Unfortunately, Paddy and Shelly are too good at keeping it under the rug. They wanted to ensure that their kids grew up having a normal childhood; there was no constant media scrutiny and no random paparazzi photoshoots.

Did Paddy Considine Ever Date Anyone Else Beside Shelley Insley?

Interestingly enough, Shelly is the only woman in Paddy’s life. As we’ve mentioned earlier, the two were already together since they were eighteen, and they had been so many things together, even when Paddy was still pursuing his career as an actor.

What about Shelly, though? Did she ever have another relationship before Paddy? The answer to that question is also no. Besides, there’s only a little information about Shelly’s life before she met Paddy, so chances are Paddy is his first and last love. Don’t we love that kind of love story, folks?

And Shelly, isn’t active on any social media, so it’s clear that she also tries her best to maintain her privacy and anonymity since she became a mother. We appreciate their decision in wanting to give the best time to their kids and families! Here’s to many years of seeing Paddy and Shelly grow stronger.