Who is Leslie Jones Boyfriend? Is She Dating Anyone? 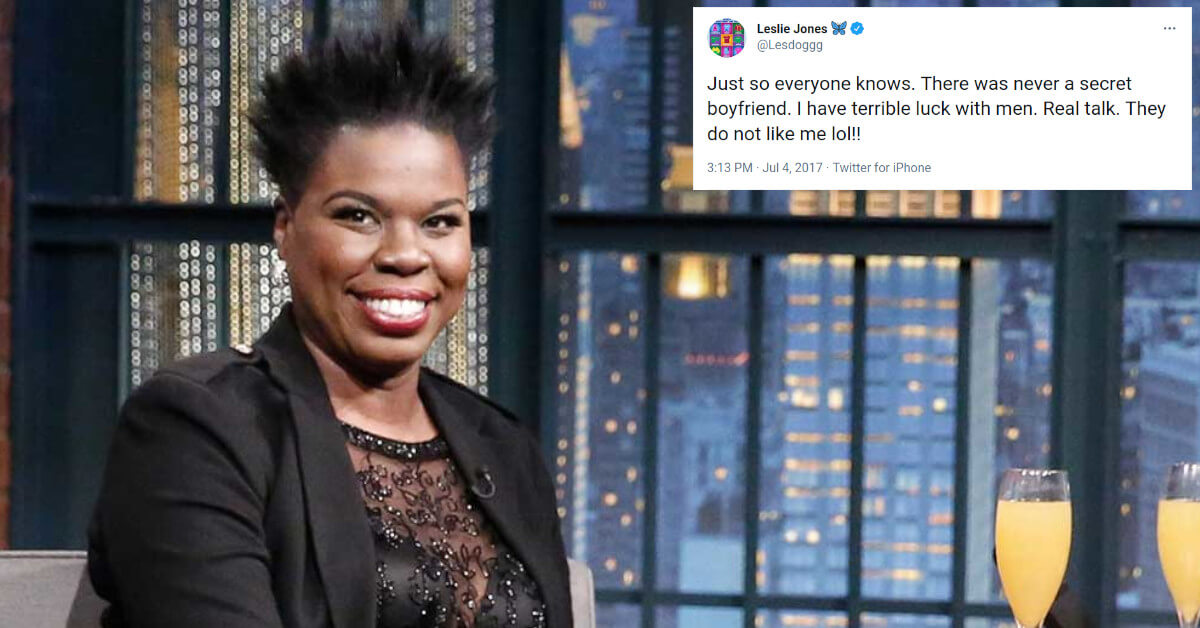 Leslie Jones is an American actress and comedian who started stand-up comedy performance during her college life. She is best known for her work in the late-night live television variety show Saturday Night Live. She made an outstanding acting performance in the 2016 supernatural comedy film Ghostbusters.

Is Leslie Jones Dating Anyone?

Leslie Jones is very secretive when it comes to her personal life. She usually doesn’t like to reveal things regarding her private life in the media and public.

In June 2017, the Saturday Night Live star said that she is dating her secret boyfriend. She tweeted “It’s a secret, so I don’t want everyone annoying him if you know what I’m saying?“

However, after a few months, she tweeted again “Just so everyone knows. There was never a secret boyfriend. I have terrible luck with men. Real talk. They do not like me lol!!“

In September 2020, Leslie tweeted that she is looking for a boyfriend as her birthday present. During The Live Kelly and Ryan show, Leslie was asked about the attributes she would want in her boyfriend.

To this, the stand-up comedian answered she is looking for a “normal” guy and believes the best way to win her heart is by making her laugh, In fact, it’s quite easy to get her laughing.

As of 2022, Leslie Jones is not dating anyone, and never married in her life.