Who is David Schwimmer Wife? Is He Married? 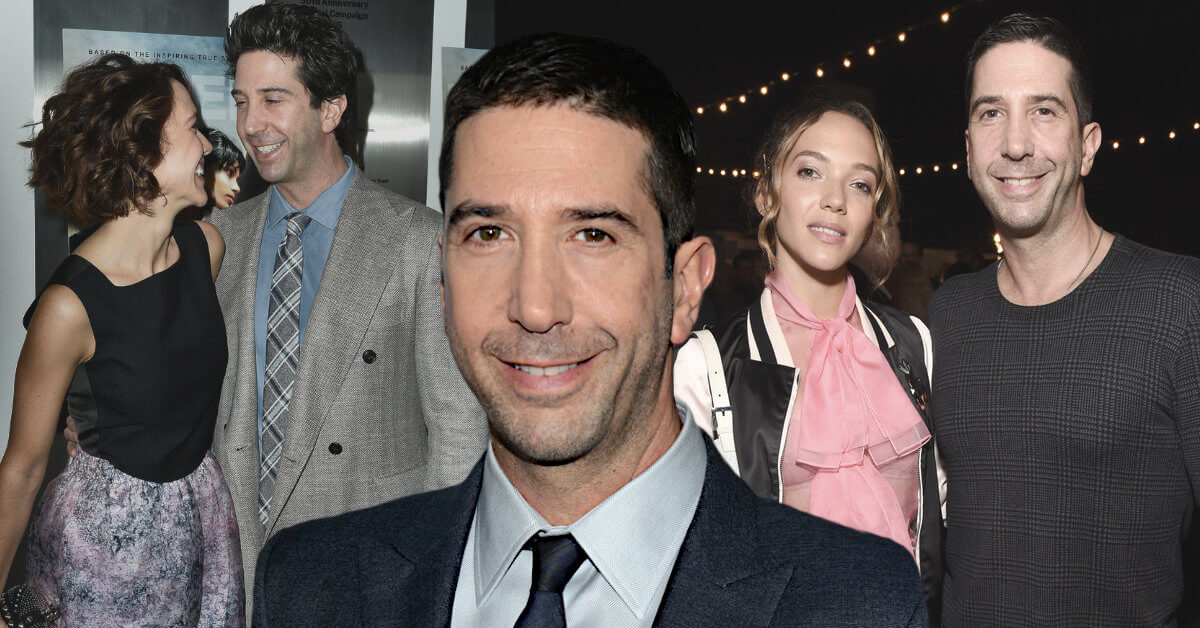 The actor, comedian, director, and producer has starred in many movies and TV series and received many accolades and nominations for his acting skills.

While many fans hoped the on-screen romance between Jennifer Aniston’s (Rachel Green) turned to an off-screen one, David had his type for lovers.

And we’ll take a look inside his love life here!

Who is David Schwimmer’s Wife?

In 2006, David stayed in London to direct a sitcom entitled Run Fatboy Run. And who would’ve thought that he would meet his wife here?

Zoe, an English artist and a photographer worked as a waitress at the Cuckoo Club, where David happened to visit sometime during his stay in London. The news about their relationship broke in 2007.

A source later told News of the World that David was “stuck with Zoe for a few weeks now” and that he “definitely fancies her like mad.”

It seemed to be a mutual attraction between the two as soon as they met each other, then! Metro UK once reported that David Schwimmer and Zoe Buckman “were spotted drinking champagne and dancing provocatively at London’s Aura club” and that they “got very close and very, very steamy.”

Following their relationship that progressed to be more serious, Zoe left London and moved with David to New York.

Three years after they started dating, the couple got married in a small private ceremony, more or less four months after the Friends star popped the question.

David Schwimmer himself is known to be relatively private about his personal life, as he once told The Hollywood Reporter that the effect of celebrity made him “want to hide under a baseball cap and not be seen.”

The couple also didn’t make many red carpet appearances together, determined to keep their romance to themselves.

Unfortunately, what seemed to be a perfect, peaceful marriage came crashing in 2017, after David and Zoe decided to take some time apart. “Our priority is, of course, our daughter’s happiness and well-being during this challenging time,” David and Zoe confirmed to Us Weekly in a joint statement.

The former couple also asked for “your support and respect for our privacy” while they “continue to raise her together and navigate this new chapter for our family.”

Unfortunately, the” some time apart” turned out to be a permanent one, as they decided to end their marriage nearly after seven years together, later that year.

When asked about the divorce, David Schwimmer said that “it’s heartbreaking.”

In an interview with The Guardian, he admitted that he “feel somewhat responsible and a sense of failure” and that he “grieve.”

“I certainly didn’t get married with the idea that it wouldn’t last. I really believed it would,” he stated.

Fortunately, David and Zoe eventually managed to move on with their lives and remained friends, with Zoe posting throwback pictures of her and David now and then. The couple also marched together for the Black Lives Matter march in NYC.

David also gushed about his relationship with Zoe to The Guardian, saying that they’re “great friends” and that they have “worked out a way to be really respectful and loving and caring and flexible in terms of our co-parenting.”

Do David Schwimmer and Zoe Buckman Have Kids?

A year after David Schwimmer and Zoe Buckman got married, they welcomed the birth of their daughter, named Chloe Buckman Schwimmer. According to David, their daughter was “born at home, in our bedroom, on Mother’s Day.”

While his daughter is the spitting image of David, he’s also proved himself to be a proud girl’s dad.

“In the first 40 years of my life, work came first, and after she came into this world, I was like: ‘Well, that’s out the window,'” he told The Telegraph. “Now it’s a different game. She comes first, no matter what.”

His ex-wife and co-parent Zoe also share the same sentiment. She gushed about their co-parenting experience on her Instagram, calling it “one of my life’s greatest privileges.”

Well, it’s happy to see Chloe grow up in a healthy and loving household!

David Schwimmer once dated Spanish hotshot Carla Alapont. The pair were first spotted together by the paparazzi back in the summer of 2002.

Unfortunately, their romance didn’t last long, as they decided to break up a year later, in November 2003.

Following the split, David confessed that he “could have a wife and family by now” and that he blamed it on his inability to set his priorities straight.

“There was one point when I thought I was getting close with Carla, but again I had my priorities in the wrong place,” he recalled the relationship in an interview. “I put work before my relationship, which I always seem to do,” he added.

Long before he married Zoe Buckman, David Schwimmer met someone he thought was the one. And that someone is actress Mili Avital.

The former couple co-starred in the rom-com Kissing A Fool in 1997, and their romance began from there. Four years after they started dating, David decided to propose to Mili, in which she said yes.

Unfortunately, the dream was crushed even before it was being realized. The pair parted ways eight months after they got engaged. And David Schwimmer had nothing but regret.

“A lot of men today don’t have the courage to fall in love. The only one I really fell for was Mili. I don’t think I recognized it until it was too late,” The Band of Brothers actor said in an interview four years after the split.

“In some ways, I’m haunted by that. I don’t know if one can ever fall again as far as one does the first time,” he continued.

Ouch, you only know what you had until you lost them, right?

While on-screen David Schwimmer’s Ross Geller was head over heels for Jennifer Aniston’s Rachel Green, off-screen David was all over singer-songwriter Natalie Imbruglia, who called their past romance “a happy relationship.”

Just like how they got together with a minimum number of people, the former couple also separated without much buzz.

However, although they kept their relationship under wraps from the paparazzi, it doesn’t mean they kept it hidden from their close ones! David once brought Natalie to the Friends set and introduced her to the pack.

“I do remember being on the set, and I remember everybody being lovely and really, really nice,” she recalled the experience in an interview with Kyle and Jackie O Show.

Well, it was all in the past!

In 2021, the Friends cast caused buzz worldwide with their reunion special episode on HBO Max. The pack shared many BTS moments, unknown stories, and recollections of the past.

One of them is that David Schwimmer and Jennifer Aniston used to harbor a crush on each other, hard.

David admitted that he “had a major crush” on Jennifer Aniston on the special episode.

And while Jennifer also admitted that she also had a major crush on him, thus making it reciprocated, both clarified that nothing ever happened between them.

“I think at some point we were crushing hard on each other, but it was like two ships passing because one of us was always in a relationship,” David explained. “We never crossed that boundary. We respected that,” he continued.

No wonder they had such impeccable chemistry on set!

Not long after his separation from Spaniard Carla Alapont, David Schwimmer dated Gina Lee from the punk band Unisex Salon. Unfortunately, their romance was short-lived because Gina “dumped” Schwimmer in May the same year because “they had little in common.”

A month after the split, he dated Tina Barrett briefly in June 2004 and even spotted having a holiday together in Spain. They broke up later that year.

His latest catch was a 29-year-old lady named Katie Markowitz. A source told that they “met at a bar, where he bought her a drink” in 2019, two years after David’s divorce from Zoe.

Katie reportedly denied the rumor, while David kept mum about it. However, the same source reported that Katie and David had been going on “a few dates.”