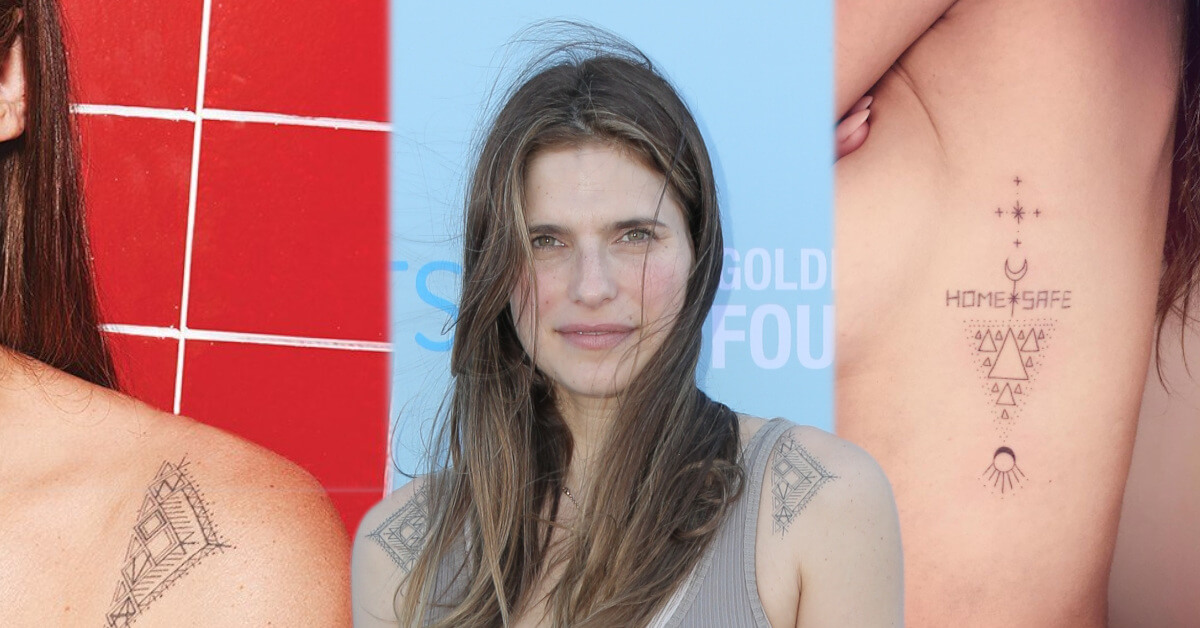 Lake Bell is a popular American actress who became known for her roles in Boston Legal and How to Make It in America. She starred in the blockbuster and box office hit romantic comedy film No Strings Attached and earned mainstream success.

Lake Bell has a great love for tattoos and many times she has got herself inked with some temporary tattoos. Let us take a look at the ones she has and the meanings they hold.

On February 26th, 2021, Lake Bell showed off her new ink; “HOME SAFE” on her left side. She captioned a photo: “Thank you @taticompton for your talented hands & bad ass celestial lady energy. Love you (sorry mom don’t be mad, I love you)”

Lake Bell has let her tattoo artist ex-husband Scott Campbell ink her for the first time. Campbell posted a photo of Bell’s tattoo on Instagram with the caption: “After six years on the waiting list… finally sat down with my favorite client ever… @lakebell (sic).“

As you can see, Lake chose geometric designs. Upon closer inspection, the names of her daughter, Nova, and son, Ozzi are incorporated subtly into the designs. Her children are obviously important to her, as she incorporated their names into her design.