Katherine Heigl Has One Tattoo 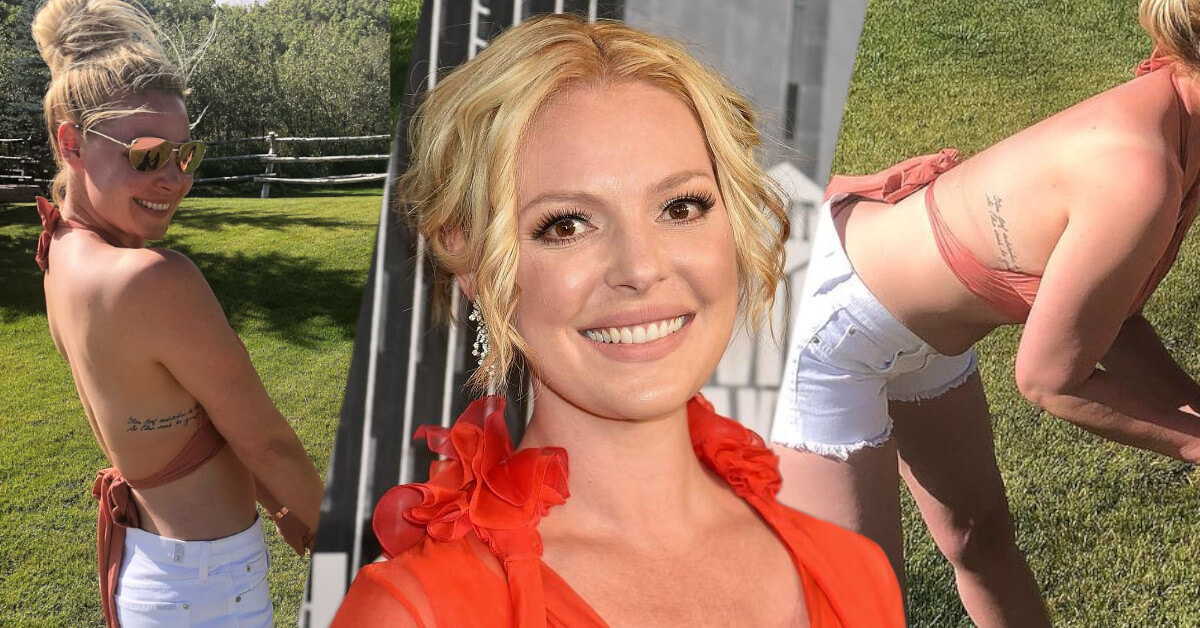 Katherine Heigl is an American actress and producer who rose to fame and gained wide attention from her lead role as Izzie Stevens on the ABC television medical drama Grey’s Anatomy from 2005 to 2010. Additionally, she has starred in films including 27 Dresses, The Big Wedding, Knocked Up, The Ugly Truth, Life As We Know It, Unforgettable and Killers.

Katherine Heigl has only one tattoo

Her tattoo is located on her upper rib cage, which reads “Then leaf subsides to leaf. So Eden sank to grief”. The two lines are from the poem “Nothing Gold Can Stay” by Robert Frost (1874-1963).

Nature’s first green is gold,
Her hardest hue to hold.
Her early leafs a flower;
But only so an hour.
Then leaf subsides to leaf.
So Eden sank to grief,
So dawn goes down to day.
Nothing gold can stay.