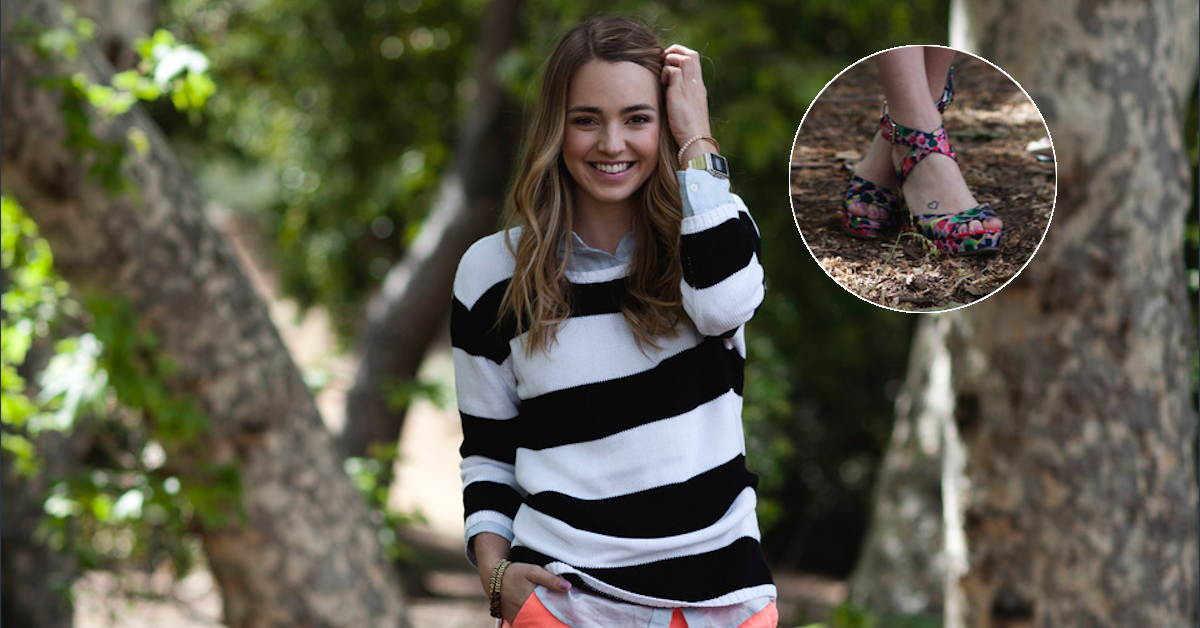 Katelyn Tarver is an American singer, songwriter and actress. She began her singing career by taking part in the reality television program American Juniors. In 2005, she released her debut album, Wonderful Crazy.
Besides singing, she as well starred in several films and earned fame and success for her roles as Natalie Poston on No Ordinary Family and Jo Taylor on Big Time Rush. Her other major films included The Secret Life of the American teenager and Dead on Campus.

This beautiful young lady is not a big fan of getting inked and has got a single tattoo on her body. Let’s read further to know more details regarding her tattoo along with its meaning.

She has tiny heart tattoo on her right foot.