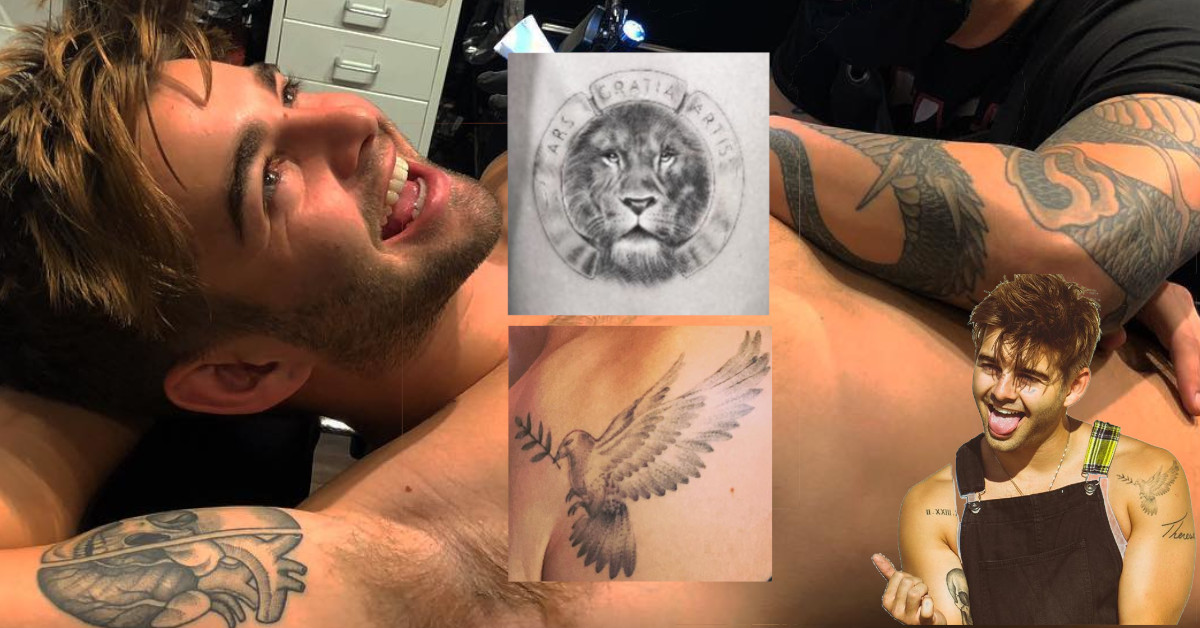 Jack Griffo is an American actor and singer. He is best known for his starring role in Nickelodeon’s television series, The Thundermans as Max Thunderman. He is also known for his roles in the Nickelodeon original movies Jinxed and Splitting Adam.

Coming to his inks, Jack has many tattoos on his body. Let us see what they are and the meanings they hold.

He got a half heart, half skull tattoo on his bicep.

Theresa (his mom name) inked on his left arm.

Lion tattoo on his wrist.