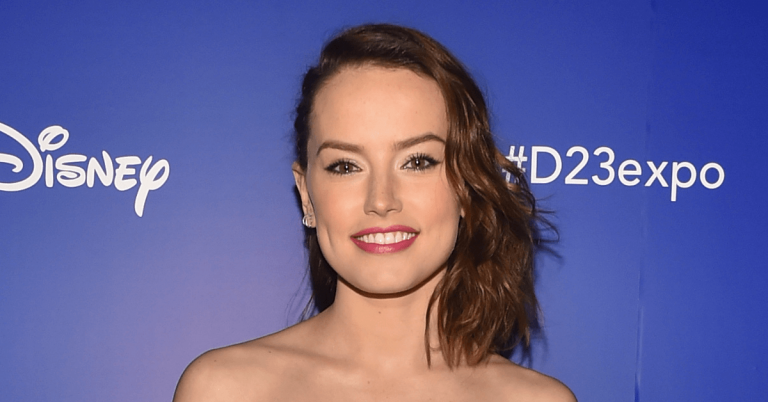 Who Is Daisy Ridley?

Daisy Ridley is an English actress and film producer. The actress became famous overnight when she was cast as Rey in Star Wars: The Force Awakens, The Last Jedi and Star Wars: The rise of Skywalker. She also played the character Hannah in the horror film Scrawl.

In coming years, she performed various roles in several films and TV series such as The Eagle Huntress, Mr. Selfridge and Silent Witness. She began her acting career appearing in the Theatre plays in 2010 where she portrayed Nancy in the musical play The Boy Friend. Daisy Ridley is also an accomplished singer for jazz music and a trained dancer.

Daisy Jazz Isobel Ridley was born on April 10, 1992 to parents Louise Fawkner-Corbett and Christopher Ridley in Westminister, London, England, UK. Her father is a professional photographer, whereas her mother is a banker.

Talking about the physical statistics of Daisy, she stand tall with a height of 5 feet 7 inches and weighs about 54kg. Furthermore, She has beautiful hazel eyes and has brown hair color.

Her shoe size is 9.5 (US) and she wears size 4 (US) dresses. She has maintained her a slim and healthy life.

How much is Daisy Ridley Net Worth?

Daisy Ridley has a net worth of over $8 million. Her earnings come from her work as an actress, voice artist and film producer.

When it comes to her personal life, she is extremely secretive. Daisy is currently rumored to be married to fellow actor Tom Bateman, who she met while working on Murder on the Orient Express.

Before she quit Instagram, she used to post photos of her sweet dog named ‘Muffin‘. Muffin is not your average dog, in fact, poor Muffin is both blind and deaf. (Muffin passed away in 2018)

Does Daisy Ridley Have Any Tattoos?

The Beautiful Daisy has three tattoos on her body. She got her first tattoo of three stars on her left foot when she was 15 years old.

During August 2016, she receives massive criticism for the anti-gun violence message on her Instagram profile. Then, she removes it from her official account.