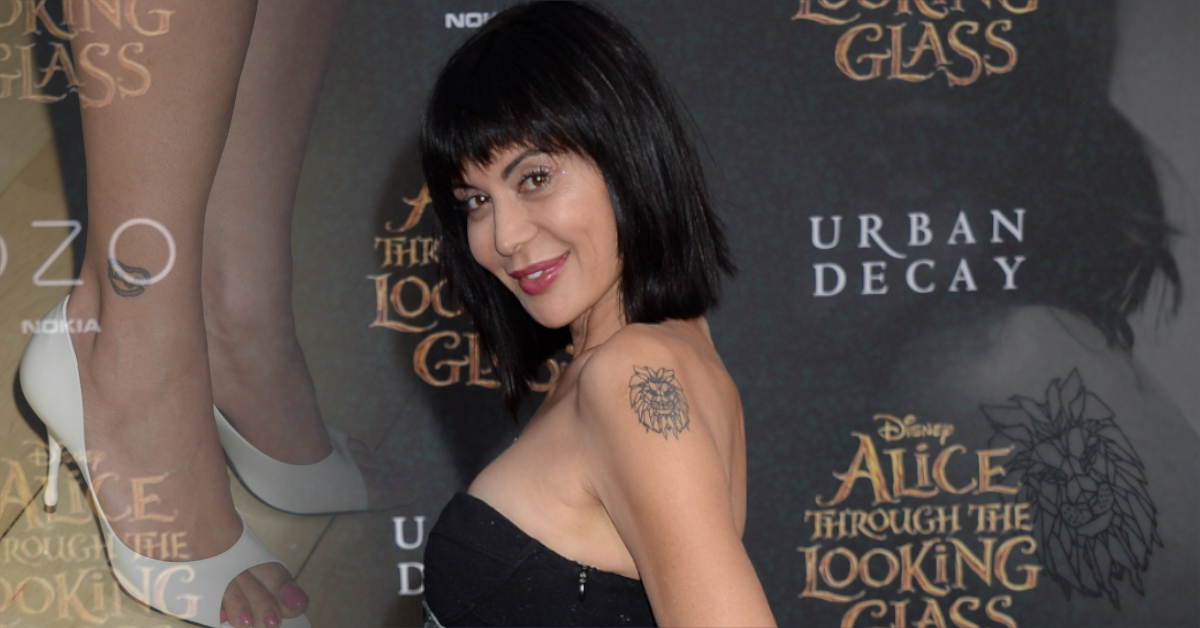 Catherine Bell is a British-born Iranian-American Actress, Model and producer. She is the best known for her role as Major Sarah MacKenzie in the TV series JAG (1997-2005), then as Cassandra Cassie Nightingale in the TV series The Good Witch.

She got several tattoos on the different parts of her body. Let’s read further to know more about her inks and their meanings.

Her son Ronan’s name in ancient Celtic alphabet called Ogham inked on her right inner forearm. “I love being a mom more than anything! It’s absolutely the best ‘job’ I’ve ever had. I have a tattoo of each of kid’s name“.

Her daughter Gemma in Persian on her left wrist.

Catherine has a heart tattoo on her right ankle.

Quote tattoo on her side. It says “You can only come to the morning through the shadows“.