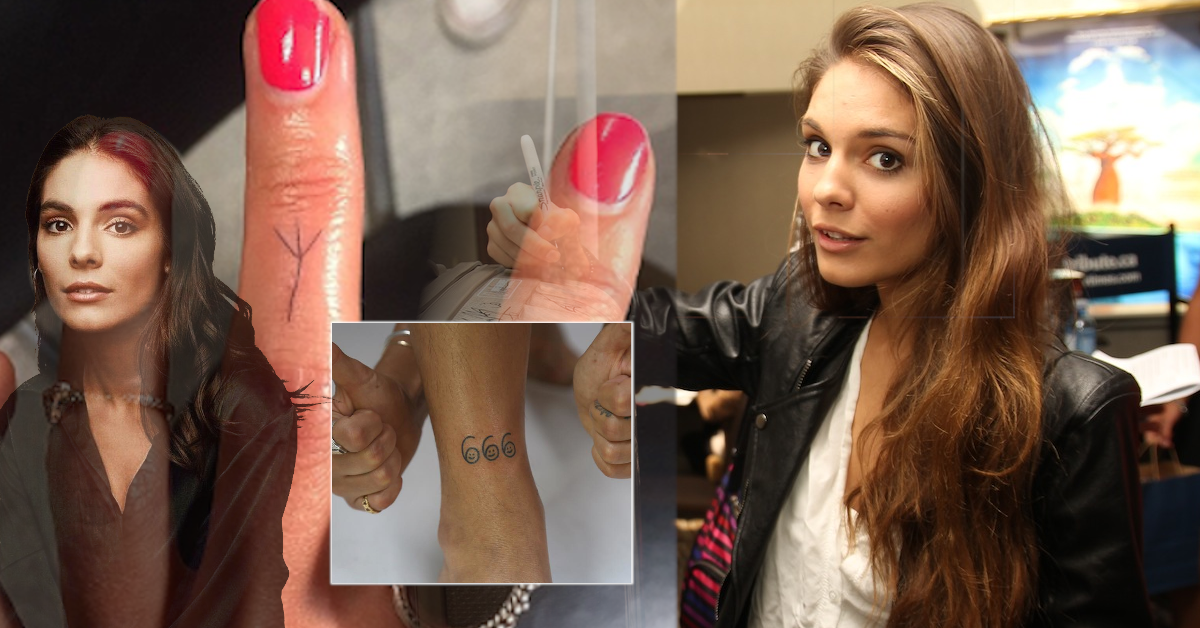 Caitlin Stasey is an Australian performing artist. She is best known for playing Kenna in Reign. Stasey also starred in the 2010 film Tomorrow, When the War Began and in action movie I, Frankenstein as Keziah.
Besides this, Caitlin also has a lot of interesting tattoos on her body. Let us take a close look at all of them and understand their importance.

In 2015, she got a tattoo of a bird foot on her middle finger.
She says “In the Balkans, bird-tracks are a traditional tattoo associated with the ancient amazons that they would give to girls as it was thought to make them run faster.”

The actress has “GRL PWR” inked on the inside of her upper arm.
She shares the tattoo with two other friends, Ashleigh Grogan and Haylee Collins.

The actress has words “DEADLIER THAN” inked on her forearm. She explained “The female of the species is deadlier than the male.”

Caitlin has a deer skull tattoo on her ribs.

Stasey got an eyelash tattoo on her forearm.

She also has a triangle inked on her forearm.

Caitlin has a tattoo of a heart on her right butt cheek.