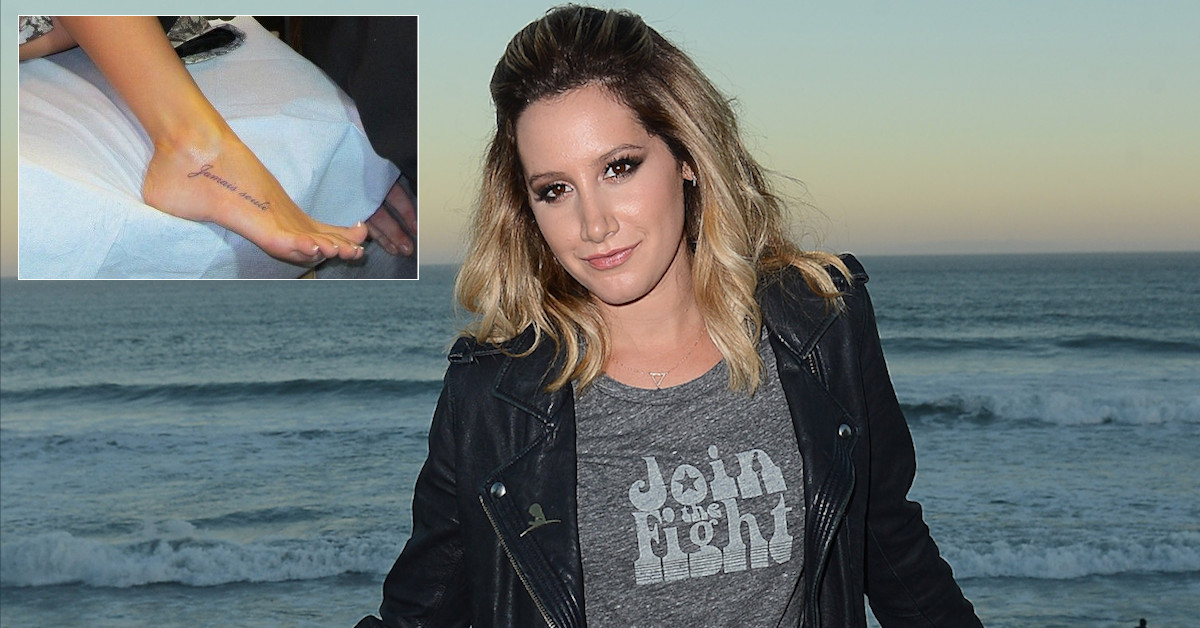 Ashley Tisdale is an American actress and singer who achieved immense success in both television and films through her fabulous acting skills.
Ashley got many interesting tattoos on the different parts of her body, which gained a lot of popularity. Let’s read further to know more details regarding her body inks along with their meanings.

The actress got words “jamais seule” tattooed on her foot, which means Never Alone.

In September 2018, Ashley got a butterfly tattooed on her right bicep.

She also has Infinity symbol tattooed on the left side of her wrist.

In 2013, she got a Sanskrit tattoo on her left elbow, which means everything happens for a reason.

The tattoo is of an angel wing surrounding the word Fearless.

Tiny star tattoo on the side of her right wrist.

In 2009. Ashley got believe along with two stars tattooed on the left side of her upper back. She said “The ‘believe’ tattoo is because my mom always told me to believe”.

Ashley and her husband, have gotten tattoos in memory of their beloved dog, Maui. The inks were made by Dragon of Bang Bang.

Small ornament tattooed on her right wrist alongside little star and fearless.