Who is Andrew Garfield Girlfriend 2023? Is He Married? 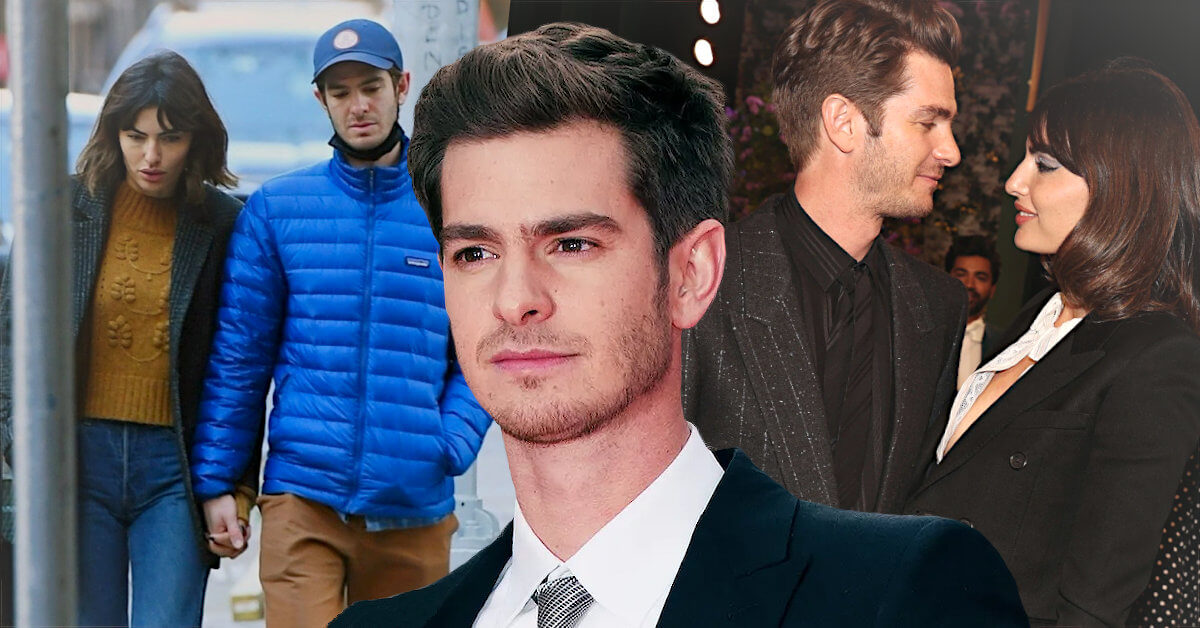 Many people thought Andrew Garfield was an underrated actor. Before he played as Spider-Man, Andrew had shown the world what he was capable of.

Just look at his appearance in The Social Network, Hacksaw Ridge, and Tick, Tick… Boom! We have serious issues with anyone still second-guessing Andrew’s talent and hard work.

Andrew also doesn’t need juicy gossip to boost his fame. He had dated some A-listers, but he had always wanted to keep it private. Andrew likes to keep it simple and away from too much drama when it comes to love life.

Andrew has good taste when it comes to choosing a life partner. From his costar in The Amazing Spiderman Emma Stone to a famous singer Rita Ora, Andrew never settles for less. Even though his relationship lists are headline-worthy, Andrew keeps them lowkey.

“I’m not in the public eye to a great degree because I’ve designed it that way for myself. For my work, I’m fine with it. But, otherwise, I fight for my right for private, personal life,” he stated in his interview with Bustle.

Sure, Andrew could try to hide it as best as he could; but some media and paparazzi are just way too good at doing their jobs.

Rumor has it that he started dating a famous model, Alyssa Miller, in November 2021. But, their first public appearance was in February 2022.

Still, on the same day, Alyssa was spotted in the audience’s seats at The Late Show with Stephen Colbert to support Andrew in promoting his latest movie there.

Andrew and Alyssa didn’t stop there. Last February, the pair spent Valentine’s Day together and FINALLY had their first red-carpet moment as a couple. The two attended the 28th annual Screen Actor Guild Awards on February 28th, 2022.

The two looked dazzling at the awards. Andrew wore a classic black suit-and-tie. Meanwhile, Alyssa also wore a matching chick outfit; a black blazer. Of course, all eyes were on them.

There’s no going back for this couple! Andrew no longer keeps his and Alyssa’s chemistry under the radar. Even recently, Alyssa showed off more about her relationship with Andrew on her Instagram post.

“If you must gossip, at least use a cute photo. Lol, love you, AG,” Alyssa wrote as a caption. It refers to all people who spread rumors about her and Andrew breaking up. Don’t worry, guys. This couple is going nowhere but up.

There’s no doubt that Andrew and Alyssa will stay together for a long time! They have such strong chemistry. And most importantly, they both serve looks!

Even though they haven’t mentioned anything about tying the knot or having children together, we believe they are planning to do that sooner or later. All the best to this iconic couple!

Another A-listers that Andrew had dated before is the famous Let You Love Me British singer, Rita Ora. When we heard her name, there was no need to explain more about her, right?

However, the relationship only stayed for four months. What? Wasn’t that too fast? Andrew had a solid reason to end that relationship, though, and it was something that we all can pretty much guess.

We know that Rita was at the peak of her career around three years ago, and that was when she and Andrew were an item. Even though Rita didn’t talk much about it, Andrew was still concerned about his private life.

When Andrew was together with Rita, he didn’t feel like he got enough privacy that he needed.

“Rita is cut up about the whole situation,” told one of the reliable sources to The Sun. The couple was reportedly spending Christmas together, and everything went well. So, the breakup was unexpected for Rita.

Neither Rita nor Andrew spoke anything about the breakup.

Before dating Rita Ora, Andrew had a relationship with which everyone had shipped him: the Gwen Stacy for Peter Parker. She was Emma Stone. But, their breakup also disappointed many people since they seemed to have everything figured out together.

Moreover, we were used to seeing Andrew gush over Emma in a poetic way during his interview. It made us believe that these pairs were meant to be together, and the two were just head over heels to each other even after years of being together.

“I’m her biggest fan as an artist. I’m constantly inspired by her work and how she handles and holds herself,” Andrew stated in Little Gold Men, a podcast made by Vanity Fair.

Andrew also added, “We care about each other so much, and that’s a given, that’s kind of this unconditional thing. There’s so much love between us and so much respect.”

Not only that, but Andrew also knew that Emma was a perfect fit for him from the get-go. It didn’t take much time to get along with each other.

“We got on well as people, in between [takes],” Andrew recalled his filming experience with Emma to MTV News.

Andrew continued, “That was the fun stuff: In between, we’d just mess around, and I felt, ‘Ah, this is different.” I wasn’t aware of what was happening on the screen test. She keeps you on your toes, and that wakes you up. That was the beginning.”

Andrew had such a poetic way of talking about things – and people – that he loves. If we want to collect every interview of Andrew gushing about Emma, the lists would be too long.

Andrew and Emma’s Relationship Timeline and Why They Split

And that, of course, raised our curiosity about the real reason behind their split. But, before we get deeper into that, let’s dig more about their four-year journey as an iconic couple that Hollywood has ever had.

The news of their dating started spreading in June 2011, when they had both just broken up with their previous partners – at the same time. Emma split with Kieran Culkin, and Andrew parted ways with his three-year lover, Shannon Woodward.

Andrew Garfield and Emma Stone never explicitly claim they were a couple, but action speaks louder than words. In July 2011, the two attended Comic-Con for The Amazing Spider-Man promo, and the two were looking cozy with each other. Since then, they have been inseparable.

Their romance continued, letting people see some of their PDA moments. From kissing to attending red-carpet events, nobody would’ve thought that they would split three years later.

In 2015, the news about them splitting started circling. Unfortunately, the two never revealed why Andrew and Emma decided to end things, but some people – and some reliable sources – have spoken a few things about it.

“He’d been in a dark place for months, getting into his role. He wasn’t the best partner,” said one of the sources to Us Magazine.

Other media reported that their different visions in life were the main reason. Andrew was in a state where he wanted to settle down and have kids. Meanwhile, Emma just wasn’t ready at that time.

Whatever the reason is, Emma and Andrew remain good friends and still support each other until now – even though they are with different partners now.

Andrew’s seemingly perfect relationship that didn’t work in the end was with Shannon Woodward, who’s best known in Westworld. Andrew and Shannon could maintain the relationship for three years, but he had to face a sad ending for it.

Shannon and Andrew were together from 2008 to 2011. At that time, Andrew’s popularity rose since he gave a dazzling performance as Eduardo in The Social Network. Not long after that, Andrew also seized everyone’s attention with his appearance in Never Let Me Go.

But, a tight schedule and busy life never seem to get in Andrew’s way in romance. So, what’s the real reason behind Shannon and Andrew’s split?

Well, that’s the question that everyone has been asking as well. Like when Andrew was with Emma, Andrew often spoke highly about his lover and made it hard to believe they were no longer together.

“I’m just busier. That’s the main thing. I haven’t got as much time to mope about and complain that I’m bored. Shannon travels with me when she’s not working,” Andrew told Parade.

Just like his other breakup, Andrew didn’t speak much about it. He also didn’t spill any information about why things didn’t work out in his relationship with Shannon.

But, some media made reports that it was due to their heavy schedules, and they couldn’t find time to be together. Sadly, that’s the price that every actor has to pay. And maybe, Andrew’s decision to stay quiet about his personal life is also a wise decision.