Zazie Beetz Boyfriend in 2023: Who is the Actress Dating? 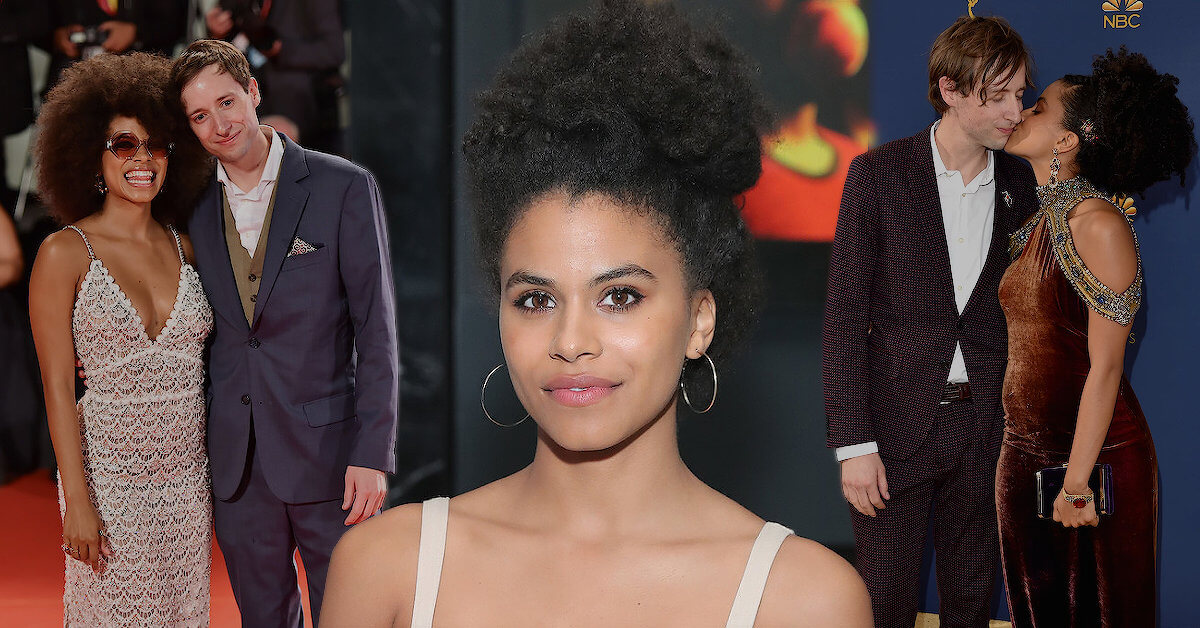 Who would’ve suggested that Zazie Beetz was born in Germany? And also speaks four languages? That’s just a few of Zazie’s interesting facts. There are a lot of things in her that make us constantly in awe of her.

From her prominent role as Domino in Deadpool 2, being nominated for the 2018 Emmy Awards, to her relationship story: no wonder many people adore her so much!

In this article, we will get to know more about Zazie’s relationship and personal life. You guys don’t have to be curious anymore since we will provide all the available information.

Get to Know More about Zazie Beetz’s Personal Life

We got a glimpse of how diverse she is, right? She grew up between two countries that have some big differences; Germany and the US. Though she spent most of her time in the States, she is still fluent in German since it is her mother language.

The movies that Zazie played also have a wide range of variety. Not only playing a badass character like what she does in Deadpool 2, but she’s also able to play in a genre comedy. She stars in the FX comedy-drama series Atlanta from 2016 until now. The Primetime Emmy Award that she received is for her role in Atlanta.

If her personal life and background are interesting enough for you, wait until you find out about her relationship with her long-lost boyfriend!

If you’re her fan, you might already know that her role in Deadpool 2 would be short-lived. But, that’s not the case with her love life.

Throughout her entire career, Zazie is only linked to one man named David Rysdahl. She shared many photos with him, telling the world how awesome he is as a boyfriend and how happy they are as a couple. However, people know very little about who David is and how the two started their relationship.

First thing first, let’s appreciate that David and Zazie have been together for six years! No kidding, they know how to maintain a long-term relationship despite their tight schedule.

David Rysdahl is also an actor. We might recognize him in That’s Not Us, The Revival, and The Family series that is aired on Netflix in 2019.

Not only that, but David is also a screenplay writer AND producer. Maybe his time in front of the camera is not as much as his girlfriend’s, but he’s been quite active behind the screen.

David has written for productions such as Limbos and Black Swell, in which he became the producer for those two movies as well.

However, don’t feel bad if you don’t know much about David since he is a very private person and not posting that much on his social media, unlike his girlfriend.

Zazie, on the other hand, seems to love capturing every moment with her beau. One example was when Zazie uploaded a pic of David holding a cute dog, with the caption, “So cute! (not our dog, cat person over here, but I’m warming up to them, alright?!). The post got liked by nearly thirty thousand people since Zazie has 722 thousand followers on her Instagram.

David doesn’t seem to fancy social media that much. We can see that he only has 5,000 followers on his Instagram, and most of the pictures that he posted are about Zazie. Though it is sweet, it isn’t enough! We love to see this couple having a great time together. But, he seems to enjoy his anonymity and lets his girlfriend speak for them.

Zazie and David Share the Same Values in Life

The couple isn’t only about sharing their love for each other. In fact, the two also attended the Black Lives Matter protest, and they went to the street, voicing out their concerns together. So we’re talking about a powerful couple here.

In May last year, Zazie and David attended the BLM protests in Los Angeles after George Floyd’s news became trending everywhere. David posted some of his thoughts on his social media (finally, something that we can get from his platform), saying, “Maybe this is the tipping point? Maybe we can begin to grow into the future together? We all suffer when there is no justice. We are all connected.”

He also addressed his own condition and privilege, showing the world that it didn’t stop him from doing what he thought was right. “I’m just a white dude who has benefitted from white supremacy culture, and I’m heartbroken, trying to figure out how to be a part of the healing.”

When a couple has the same perspective and similar values, they are most likely to last, don’t you guys agree?

Looking Classy and Color-Matched in Oscar: Another Reason for Us to LOVE This Couple

And also, just like many celebrity couples, Zazie and David had made lots of appearances together in public, especially in formal events such as movie awards and parties.

One example was when the two came together in Oscars 2020. The most prestigious and important awards in the movie industry, and they didn’t miss a chance to show up as a dazzling couple with a colored-matching outfit.

The event took place at the Dolby Theatre in Hollywood on February 9th, 2020. Both Zazie and David wore black outfits. Zazie with her black dress that shows her shoulders. It wasn’t only the dress that mesmerized people, but also the shoes and necklace that she wore. She was wearing Thom Browne shoes and a necklace from Bvlgari. Nothing will ever come wrong with that, right?

On the other hand, David was wearing a classic black tuxedo with a bow tie in the same color. They took a picture together on the red carpet, and David wrapped his arm around her waist, and Zazie was leaning towards him. Even after six years, they still looked like a new couple that just started their honeymoon phase: head over heels to each other and nothing but smiles on their faces.

During the Oscars, David couldn’t help but being proud of his girlfriend because her movie, Joker, got more nominations than any other movie that year. Joker got eleven nominations in total. One of them is Best Picture nominations.

Moreover, Zazie was one of the actresses that were chosen to present the award on the stage. With her dazzling look and her movie nominated that many, anyone would be proud of calling her “my girlfriend.”

The couple indeed has a reputation as a “very supportive couple.” Not only in the career aspect but also in personal views. As we mentioned earlier, the two went protesting together.

David also seemed to support Zazie’s soul to be an activist. David started to show his concern for human rights, too, just like Zazie has always been.