Who is Tom MacDonald Girlfriend? Is He Married? 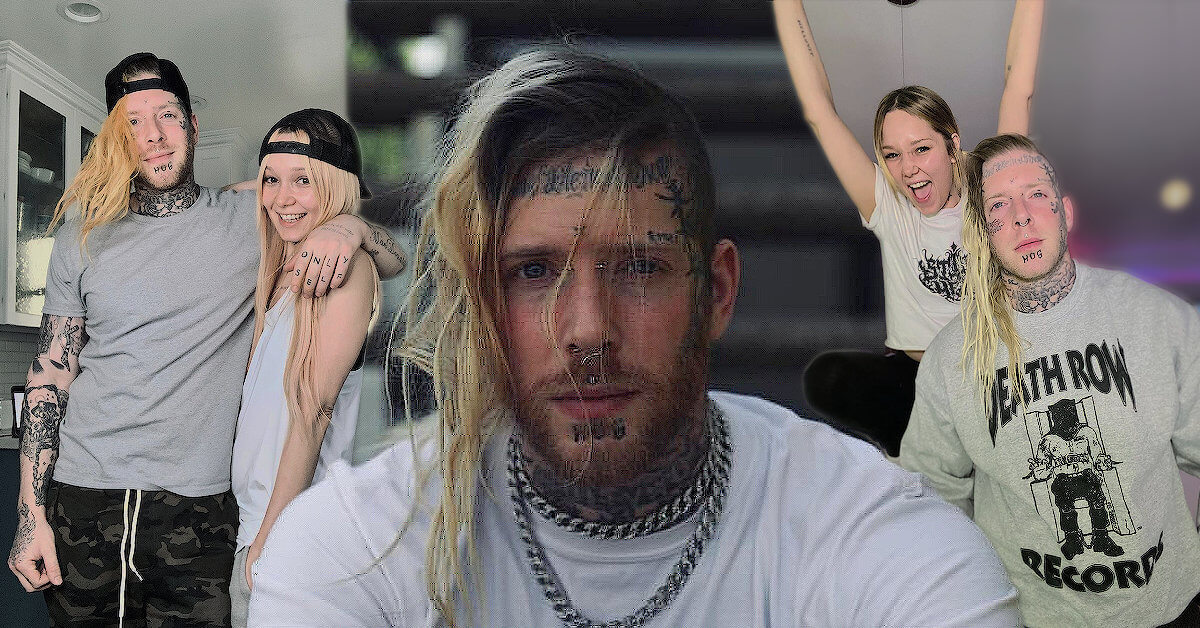 It is no surprise to be surrounded by many hot girls for a rapper or singer and have lots of dating rumors. But, it’s different with the Canadian rapper, singer, and music producer, Tom MacDonald.

Many of you might think that he’s got lots of chicks and have an adamant personality. But, the truth is quite the opposite.

Curious no more, in here we will reveal all the facts about Tom MacDonald’s girlfriend and dating history!

Tom’s turning point as a rapper was when he released his single Dear Rappers in 2017. After that, it was followed by his other big singles like Whiteboy, and I Wish. It wasn’t his first song that he launched on the internet, though. He started his career as a rapper way before that, which was in 2009 through YouTube.

In the rapping world, it is common to think that black rappers are better and more talented than white males since black rappers have more of the “hood culture” that indicates the hip-hop characteristic.  It has always been the stereotype. However, Tom proves them wrong.

Having $800 thousand Net Worth, Tom MacDonald isn’t a rapper that we can look down on. He sources his principal income from rapping alone, and he’s able to live a luxurious lifestyle that we can see from his Instagram posts.

He is also a hard-working and self-driven kind of guy. Before being a famous rapper like he is now, who would’ve thought he was a professional wrestler? Ah, we’re talking about a multitalented musician here.

He likes to push himself to the fullest, but he also wants to be open to new experiences and explores new things. Growing up, he never thought he would settle down to be a musician.

But, he’d always liked to write poems and putting his thought into words. He also stated that he got that hobby from his grandfather. Other than that, he also got full support from his mother. Tom has such a lovely family, indeed!

One of Tom’s significant factors that made him chose rap was Eminem’s Real Slim Shady. He could relate so much with how Eminem presents himself, and the color of his music suited Tom’s style the best.

While Tom’s early life and career journey haven’t been easy, the case is different with his love life. Unlike many rappers with many girls around him, Tom is only linked to one girl named Nova Rockafeller.

Not only that, but Tomalso appeared to have a strong tie with his family. On his Instagram with the username @hangovergang, he posted some photos of him and his family.

Though not as frequently as he posted his girlfriend and music promotion, we can still see how he pays so much attention to people he loves.

However, the one who got the most attention is his lovely girlfriend that he took pictures with frequently. Not only their photographs but their real-life moments and relationships journey is also quite interesting. This couple is far from the ordinary.

His girlfriend is Nova Rockafeller, who is also a Canadian rapper. She and Tom had been dating since 2009, and there isn’t any negative news about them appearing on the media. Is that because they have the same profession and preference in music? What else makes this couple exceptional?

In 2017, this lovey-dovey-yet-badass couple established a band together. The genre was punk rock, and it was named GFBF. Well, it is obvious what it stands for: Girlfriend and Boyfriend. The band has its Facebook Page and Twitter.

The band’s bio on Twitter is worth mentioning. It says, “GF @novarockafeller BF @therealmrmac we hate ourselves but love each other. I guess just watch our new video for PHONECALLS.” THAT is such an iconic bio. We love it.

However, the two didn’t seem to release any new songs from the band since they tweeted on March 11th, 2018. Another witty caption for their latest single’s promotion: “The anthem for your dysfunctional relationship,” and then attaching the link for Phonecalls’ music video. No wonder Nova and Tom stayed for a long time since the two seem to have a good sense of humor. LOL.

Apart from the band, Nova herself had released many songs that collaborated with Tom as well. A lot of people love this couple. Especially after they sang together in a song called GANG GANG, that song tells us how they perceive each other as lovers and as best friends for life.

The music video also captivated people’s hearts. It depicted all the moments that they had been through together. From making music, hanging out, crying, and laughing together. How could we not love them, right?!

Tom promoted GANG GANG on his Twitter with the caption, “MY GIRLFRIEND DROPPED A NEW VIDEO & IM IN IT!” and showing the thumbnail of the video when they rode a bike together. Nova and Tom looked adorable, and people who commented on his tweet must’ve agreed.

Lots of their fans had given a comment that goes, “You guys are so awesome together,” “Hope to see both do more songs together because they are bangers,” and “you two are the best gang in the whole world.” The tweet got 177 retweets and more than 1,400 likes.

Since they had been dating for more than ten years now, some people start to wonder whether they will get married soon. However, they don’t hint or sign that they have any plan to tie the knot soon, let alone have kids together.

Nevertheless, their love for each other is evident. They looked like having a great time in each other’s company; despite already being together for a decade.

As we all know that this couple doesn’t have any negative rumors going around them. However, life didn’t always go easy for them.

In September 2017, Tom was making a fundraiser for Nova’s hospital bill. He aimed to raise $10,000 and ended up getting $11,226 in total. It was a tough time for him since he wasn’t at his peak at that moment, and he might have struggled in his financial situation to pay for his girlfriend’s medical bill.

He wrote a heartbreaking explanation on his fundraiser page:

“4 days ago, my girlfriend, Nova, got sick with a bad cold which triggered her already severe asthma. After several trips to various clinics, many steroid injections/breathing treatments, and a trip to the Emergency Room – nothing seemed to be helping.

Finally, we were told to ‘hang in there”. That sounds terrifying. Nova had severe asthma for since long time ago until now.

That didn’t stop until there. Then, just last July this year, she quoted Tom’s tweet to tell the story about how her asthma almost stopped her from shooting a music video with her boyfriend.

“This video almost didn’t happen. I was having wicked asthma and couldn’t even walk ten steps without my heart rate hit 135. At one point, I was CRAWLING to the bathroom and was like, “yeah, this isn’t normal,” and Tom called 911. This was TUESDAY.”

Tom’s original tweet was the link of Don’t Look Down’s music video, in which Nova was also involved in. It must’ve not been easy for them, knowing that Nova’s illness could appear anytime and anywhere. Tom always took care of her girlfriend, though. It shows how he loves her that much.

Looking at how things are going now, this couple will stay longer! Well, know knows that Nova and Tom might decide to get married someday and have kids? We can always dream, right?

When Tom was still a teenager, he put his maximum effort into wrestling. He was a wrestler for six years back in Canada before quitting when he was 19 years old. After that, he was going through some major rock bottom in his life but bounced back even higher by pursuing his career in music.

Wrestling wasn’t only a mere hobby for him, though. He used to work as a professional wrestler under the ring name “Allstar.” However, he decided to stop pursuing wrestling and decided to create his first channel on YouTube in 2009 and had his severe dependency on alcohol not long after that.

He was then sent to rehabilitation due to his addiction and his mental breakdown episode. But luckily, in 2018, his career started to arise with his released single, Whiteboy.

During his most challenging time and when his career was not yet established, he’d had a very supportive girlfriend that was always by his side. He was never seen with any other girl other than his girlfriend.

There were no rumors, no hookups, no pictures with another girl, nothing. He sounds like a true gentleman when it comes to the love of his life.