Who Is Terry Crews Wife? Facts Surrounding His Marriage 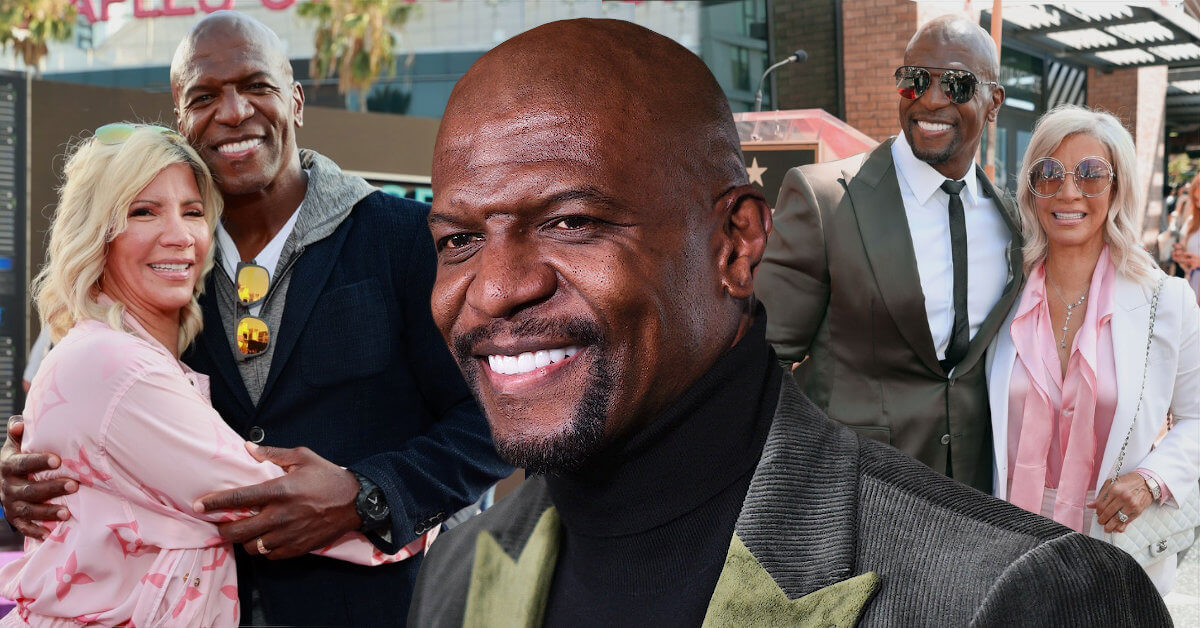 The former football player Terry Crews has his own way of showing to people that “you can get and be everything if you try hard enough.” I mean, changing careers from an athlete to an actor? And also stay loyal to your partner for nearly forty years? We’re talking about the real gentleman right here!

Terry played for the Los Angeles Rams, San Diego Chargers, and Washington Redskins (which now Washington Football Team) in the NFL before gaining his massive success in Hollywood. He retired from NFL in 1997 and began his acting debut in The 6th Day, alongside Arnold Schwarzenegger.

Not only that, Terry’s life is full of amazing stories, especially when it comes to his personal and love life.

Love and marriage have never been easy things to deal with, but Terry and Rebecca know how to handle them too well. He’s been married to Rebecca King-Crews for more than thirty years, and he’s also a father of five.

Terry and Rebecca met when they were still college students at Western Michigan University. However, it wasn’t that love-at-the-first-sigh kind of thing, and it took some time for them before they finally began dating. Besides, both of them took different majors. Rebecca has been into music and theater since she was at school. Meanwhile, Terry was still focusing on playing football for Western Michigan University.

Even though they went to the same campus, they knew each other from church. When they celebrated their 29th wedding anniversary, Rebecca tweeted that with a picture from their wedding ceremony.

“29 years ago in Kalamazoo, Michigan, I said “I do” to the sweetest, goofiest, artist/goofball player to ever walk into my church! Check out my Whitney Houston-inspired headpiece and the short hair! I’ve had short hair since I was 13, never felt the need to grow it – he likes it!” The Blueberry actress reminisced about their happy days. But, are their thirty years living together always filled with smiles and happiness? Surprisingly, no.

We might see Terry Crews as a whole package, a man who has it all together. But, during his transition in changing careers when he no longer worked as an athlete, he fell into depression. Because it wasn’t only about changing what he did for a living but also to make it to Hollywood, he needed a lot of money. He told his painful experience when he became a guest in CNBC Make It’s new series, Money Talks.

“When I retired from the NFL, and I was about to make that move into Hollywood, I had a friend who gave me many, many loans. He was my best friend, Ken Harvey. He played on the Redskins,” Terry started.

Terry revealed that he kept asking him for a loan to the point when Ken no longer could do it. That time, Terry did everything he could to get money.

“I went the next day and got a job. At a place called Labor Ready go there and show up, and they give you a job to do with manual labor for the day. I was sweeping a factory all day long for $8 an hour.”

That moment was Terry’s turning point.

How Terry Crews and Rebecca King-Crews Stayed with Each Other

That experience wasn’t the only one that humbled Terry. His marriage, which seemed perfect because they could stay together for this long, was about to crumble down.

The cause was more than just one: Terry was cheating on his wife once and had a huge addiction to p*rn. Terry spoke to one of Dr. Phil’s episodes that it took Rebecca to leave him for three years before Terry decided to seek therapy and changed to be a better man.

In their new book Stronger Together, Rebecca appreciated Terry’s attempt to be better, which was why she came back to him and stood by him no matter what happened in life.

“He made a choice to take this battle on and really become a better person,” told Rebecca. That’s not wrong when people say that one of the keys to a successful marriage is compromise.

Rebecca didn’t only accept Terry after knowing he got a p**n addiction, but also after figuring out he was cheating on her only a year after they tied the knot. Terry opened up about him kissing another girl – whose identity they did not reveal – when he was training with the Green Bay Packers back in the 1990s. Terry came clean to Rebecca in 2010 when he had a sudden urge to tell his wife the truth.

“These odd little sayings were coming to me, like, ‘You’re going to have a new marriage,” expressed Rebecca. She also said the moment when Terry gave her the call was like death for her, and Terry also “couldn’t stop crying,” remembering that he had lost his wife and kids.

After knowing that and seeing Terry’s never-ending effort to be better and changing his old habits, Rebecca still described him as “the hero of our story.” She’s definitely a heck of an amazing woman.

Rebecca didn’t only accept Terry after knowing he got a p*rn addiction, but also after figuring out he was cheating on her only a year after they tied the knot. Terry opened up about him kissing another girl – whose identity they did not reveal – when he was training with the green Bay

“When someone knows you from good all the way to the most rotten, dirtiest part of you, and loves you anyway, that’s the rarity, that’s where you want to be,” Terry stated on Dr. Phil.

Rebecca didn’t only accept Terry after knowing his addiction, but also after figuring out he was cheating on her only a year after they tied the knot. Terry opened up about him kissing another girl – whose identity they did not reveal – when he was training with the Green Bay Packers back in 1990. After knowing that, Rebecca still described him as “the hero of our story.” She’s definitely a heck of an amazing woman.

Terry is a changed man in terms of overcoming his past mistakes and being a good father for kids. Throughout his thirty years of marriage, Terry and Rebecca shared five kids growing up as awesome as their parents.

Their kids are Naomi Burton, Azriél, Tera, Wynfrey, and Isaiah. After having four kids in the family, Terry and Rebecca finally welcomed Isaiah in 2007. But, Naomi was Rebecca’s kid before she was married to Terry, but after they tied the knot, Naomi spent most of her lifetime with Rebecca and Terry.

Most of them had been following Terry’s career as actors. They all appeared in The Family Crews for 17 episodes before the show got canceled. But Azriél, Tera, and Isaiah had their roles in different movies and TV shows.

Knowing their four kids were interested in doing what their parents do shows how well they were able to juggle between their professional and personal lives. Contrary to most celebrities’ families that either didn’t want to expose their kids publicly or their kids ended up not wanting to follow their parents’ path, Rebecca and Terry could prove it otherwise.

Secret For a Long-lasting Marriage

Even though there were moments when their kids asked Rebecca to leave Terry after knowing his addiction. And Rebecca’s decision to maintain her marriage despite everything that happened caused some emotional distance between her and one of her daughters.

“I don’t exactly know where she stands today, and I have not broached that conversation with her again. However, I do feel there’s some distance between us right now,” said Rebecca, still in their book Stronger Together. I personally urge you guys to read the book because it’ll teach us so much about what it takes to have a long-lasting marriage, kids, and dealing with one’s darkest past.

Even though Rebecca herself said that Terry is the hero in their stories, knowing how much patience and compromises Rebecca had made, it’s safe to say that both of them are equal heroes. When they talked about the main foundation that they can always use to maintain their relationship, Rebecca stated that it is “being clear with what you want” and “forgiveness.” And, of course, she implemented what she said pretty well.

This couple lived their happiest lives and spent as much time as they could with the kids. It seems like they have everything in life figured out by now, right? And if they would ever consider getting a divorce in the future, well, another reason for us to believe that love and marriage are just too hard to handle.